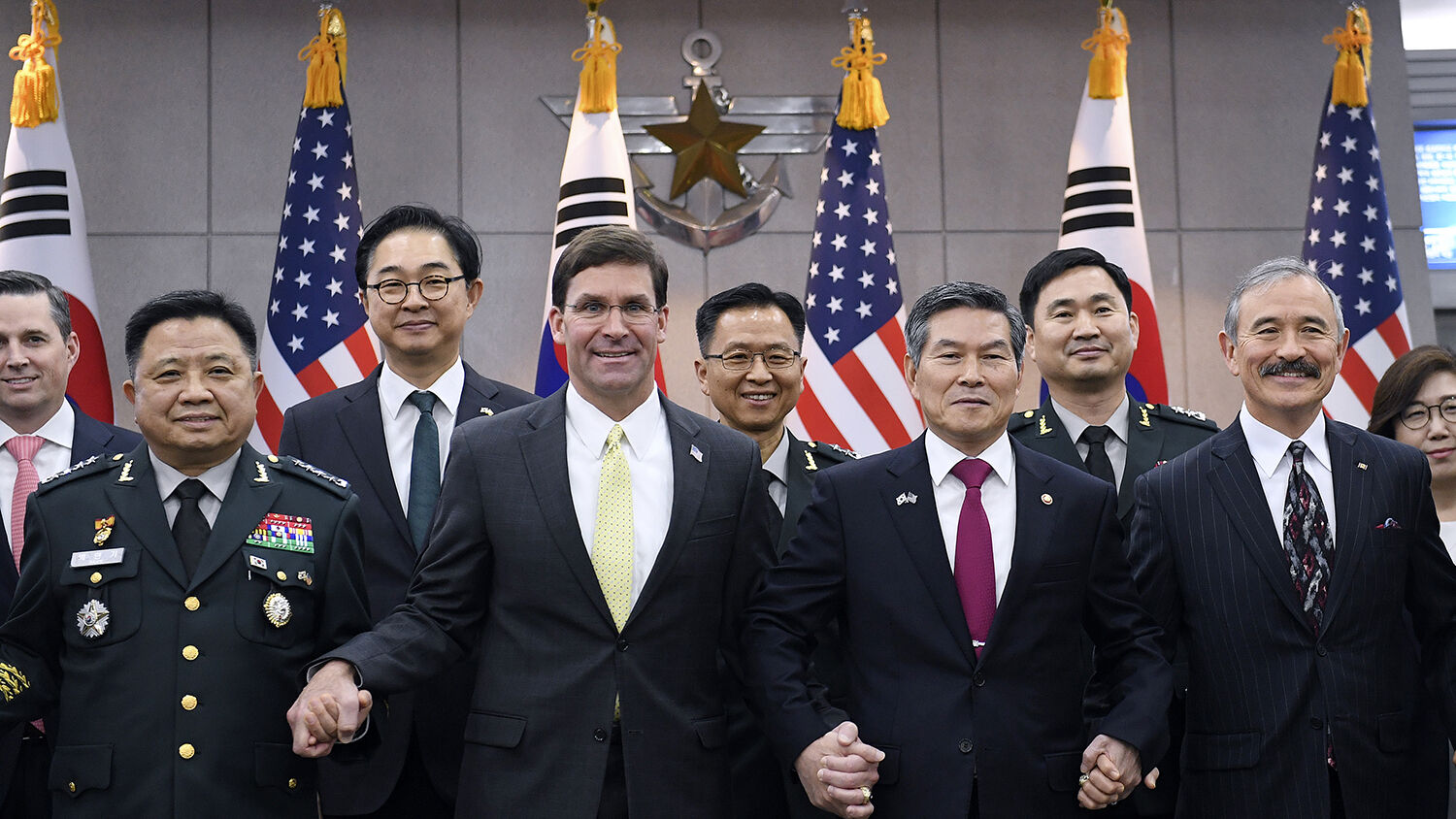 America’s security alliance with South Korea has stood for seven decades as a pillar in the United States’ strategy to check Asian aggressors and maintain stability in the region. But fissures are now emerging in this pillar, and China is working to hasten its collapse.

The recent cracks come mainly from the U.S.’s push for South Korea to pay more for the 28,500 American troops stationed in the country. Last year, the Trump administration convinced the South to increase the yearly payment by 8 percent, bringing it up to $923 million. President Donald Trump now says that amount needs to be quintupled for 2020—to $5 billion each year.

The South insists this is far more than it can afford. After negotiation talks collapsed on November 19, Kim Hong-kyun, a former South Korean nuclear negotiator, said the American stance baffles Seoul. He told Reuters it is “upsetting that the United States is employing brinkmanship in negotiations with a key ally, which shows eroding trust in the alliance built on shared values.”

The South is also frustrated with the Trump administration’s determination to convince North Korea to denuclearize its military, seemingly at any cost. As part of those efforts, the Trump administration last week indefinitely suspended its annual “Vigilant Ace” joint air exercises with South Korea. The move was celebrated in the North. But many South Koreans fear such capitulation will only embolden Pyongyang.

South Korea’s Chosun Ilbo reported on November 21 that the rising tensions have the U.S. threatening to withdraw one of its entire brigades—up to 4,000 troops—if Seoul doesn’t agree to the $5 billion payment. If confirmed, this would expose how quickly this security alliance could collapse.

The most worrying twist in the story came on November 17 when South Korean Defense Minister Jeong Kyeong-doo met with his Chinese counterpart in Bangkok. The two sides agreed to boost the number of military hotlines between South Korea and China and to forge ahead with a meeting next year that Jeong said would “foster bilateral exchanges and cooperation in defense” between the South and China.

Meanwhile, the U.S.-South Korea dynamic is closely mirrored by the current situation in Japan. With some 40,000 U.S. military personnel stationed there, Japan has also long stood as a pillar of America’s postwar strategy in Asia. The Japanese have been paying about $2 billion each year for their part of this security agreement. But the Trump administration is demanding that Tokyo quadruple that amount to $8 billion. Like the South Koreans, the Japanese say this is more than they can afford and are baffled by the U.S. pressure.

Bruce Klinger of the Heritage Foundation think tank told Foreign Policy: “This kind of demand, not only the exorbitant number, but the way it is being done, could trigger anti-Americanism” in Japan.

Daniel Pinkston, professor of international relations at Troy University in Seoul told the Telegraph: “The numbers that the U.S. is demanding are politically impossible for Seoul and Tokyo to swallow and that is just fueling resentment.”

The Trumpet has long forecast that such a shift will occur. “The scenario of an America-free Asia will not remain hypothetical for much longer,” we wrote in our January 2014 issue. “We can already see tectonic geopolitical shifts that are rapidly turning it into a reality.”

For decades, the Trumpet and its forerunner the Plain Truth have maintained this same forecast. Now several trends—such as the deepening fissures in the U.S.-South Korea alliance and in the U.S.-Japan alliance—provide an indication of how rapidly it could take place. Bible prophecy makes clear that it will happen in the near future, prior to a third world war.

Revelation 16:12 discusses a group of nations called “the kings of the east” that will rise to prominence in the end time. Revelation 16, Ezekiel 38 and other Bible passages show that this bloc will play a major role in end-time events. Ezekiel 38 shows that this conglomeration will be comprised of several Asian countries led by Russia and China.

Revelation 9:16 states that the combined militaries of all these Oriental “kings” will amount to 200 million soldiers—a force significantly larger than any in history. Ezekiel 38:6 lists some ancient names for the modern peoples of Korea and Japan as being part of this Asian alliance. From these passages, it is clear that the days of the U.S.-South Korea alliance and the U.S.-Japan alliance are numbered.

Biblical prophecy shows that a united European superpower will also emerge in the end time. In the near future, this German-led European bloc will grow fearful of the Asiatic power bloc to its north and east (Revelation 9:1-12; Daniel 11:40-44). The Europeans will attack, and the Asians will counterattack (Revelation 9:13-21). Matthew 24:21-22 and Daniel 12:1 show that the chaos and bloodshed of World War iii will be utterly unprecedented. It will include nuclear warfare and will threaten to annihilate all human life from the planet. The book of Joel shows that the nuclear fallout will be so dense that “the sun and the moon shall be dark, and the stars shall withdraw their shining” (Joel 2:10).

But Bible prophecy shows that this global conflict will be interrupted before it can entirely wipe out mankind.

This devastating nuclear World War iii will be cut short by the return of Jesus Christ to Earth (Matthew 24:22; Revelation 17:14). The armies on Earth will join forces and turn their arms against Christ, but He will bring a decisive end to the destruction.

In his article “Matthew 24 Unlocks the Seven Seals,” Trumpet editor in chief Gerald Flurry wrote, “[T]he armies of this Earth [will be] fighting against Christ at His return. Christ will put down all rebellion. He is sick of the sin and lawlessness in all corners of this world, and He will finally deal forcibly with it.”

After bringing an end to the destruction, Christ will force upon the Asians, Europeans and all the world the peace that has always eluded mankind. “Our Savior will rule with a rod of iron and bring peace and joy to all people,” Mr. Flurry continued. “Man could never achieve this future on his own.”

To understand the deeply inspiring details of that radiant future, order Mr. Armstrong’s free booklet The Wonderful World Tomorrow—What It Will Be Like.