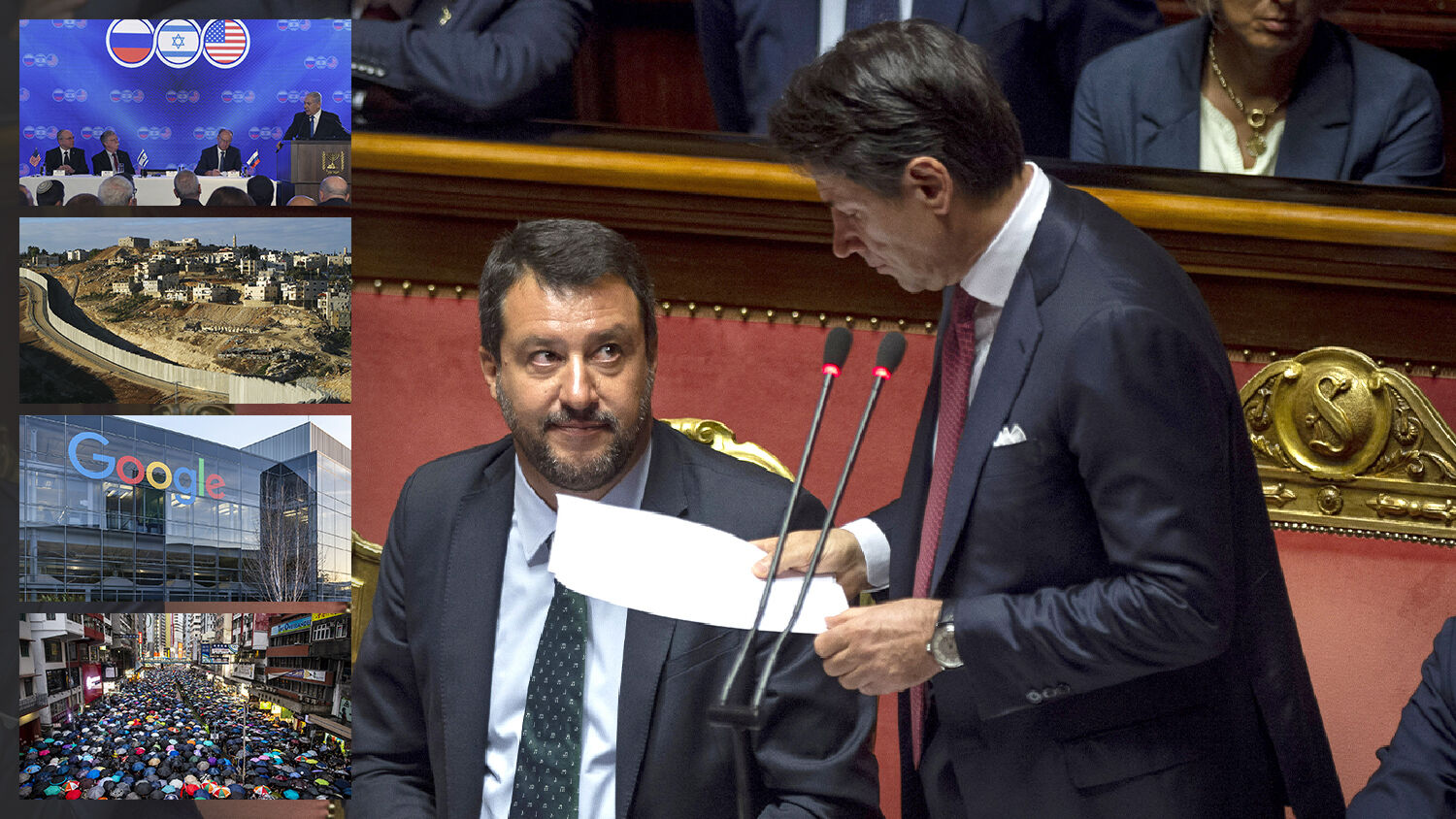 Facing increased political pressure, Italian Prime Minister Giuseppe Conte announced his resignation on August 20. After a mere 14 months of governing, Italy again faces political uncertainty. But this time it is caused by the well-calculated moves of a man whom Conte calls a traitor and millions of Italians call a hero: Interior Minister Matteo Salvini.

Salvini is Italy’s new hope and he is sending shockwaves through the EU establishment. His political moves could not only affect Italy, they could lead to the emergence of a changed Europe—one prophesied in the Bible to be strong-willed and staunchly Catholic.

Russia and U.S. Back Israel’s Right to Strike Iran in Iraq

Recent mysterious explosions taking place at Iraqi bases are the result of a green light being given by the United States and Russia for Israel to expand its area of operations, the London-based Asharq al-Awsat reported on Wednesday, citing Western sources.

The latest Iraqi explosion came overnight on Tuesday, when an arms depot 50 miles north of Baghdad, Iraq’s capital, was hit. The base belongs to the Popular Mobilization Forces, a conglomeration of militias that mostly answer to Iran but are now part of the official Iraqi security establishment.

This permission from the U.S. and Russia reveals that there are giant cracks in the Russia-Iran relationship. Those cracks will reconfigure the future of Iraq and Syria, as Bible prophecy indicates.

Hong Kong protesters have come through their 11th consecutive weekend of anti-government demonstrations. Rather than see the movement’s momentum dwindle, the ranks swelled last Sunday to 1.7 million. This means almost 1 in 4 of the total population defied both rainstorms and government bans in order to participate.

As the protests persist and China amasses troops nearby to signal that it’s weighing the option of using force to quash the dissent, a few key takeaways have emerged.

One of them is the impending end of the Pax Britannica–Pax Americana era and looming storm clouds for a dark new age.

Last weekend, at least four rockets were fired from Gaza at southern Israel; three of them were intercepted by Israel’s Iron Dome missile defense system. Following the attacks, the Israel Defense Forces identified an attempted ground infiltration from the Gaza security fence.

Hamas, the chief culprit, maintains a fanatic devotion to incite conflict, wrest control from the Palestinian Authority, and raise the banner of Allah over all Israel. It is also looking to take advantage of weak leadership in the West Bank.

Bible prophecy indicates that Hamas will gain control of the West Bank. After which, East Jerusalem will be its next target.

Former Google employee Zachary Vorhies went public as a whistleblower on August 14, revealing to investigative watchdog group Project Veritas that Google is attempting to manipulate U.S. elections in a bid to “overthrow the United States.”

Vorhies warned that “the reason why I collected these documents was because I saw something dark and nefarious going on with the company, and I realized that they were going to not only tamper with the elections, but use that tampering with the elections to essentially overthrow the United States.”

The “dark and nefarious” activity that Google is involved in is part of a much larger spiritual war on truth itself. And as shocking as it may sound, this war was prophesied millennia ago in the Bible.