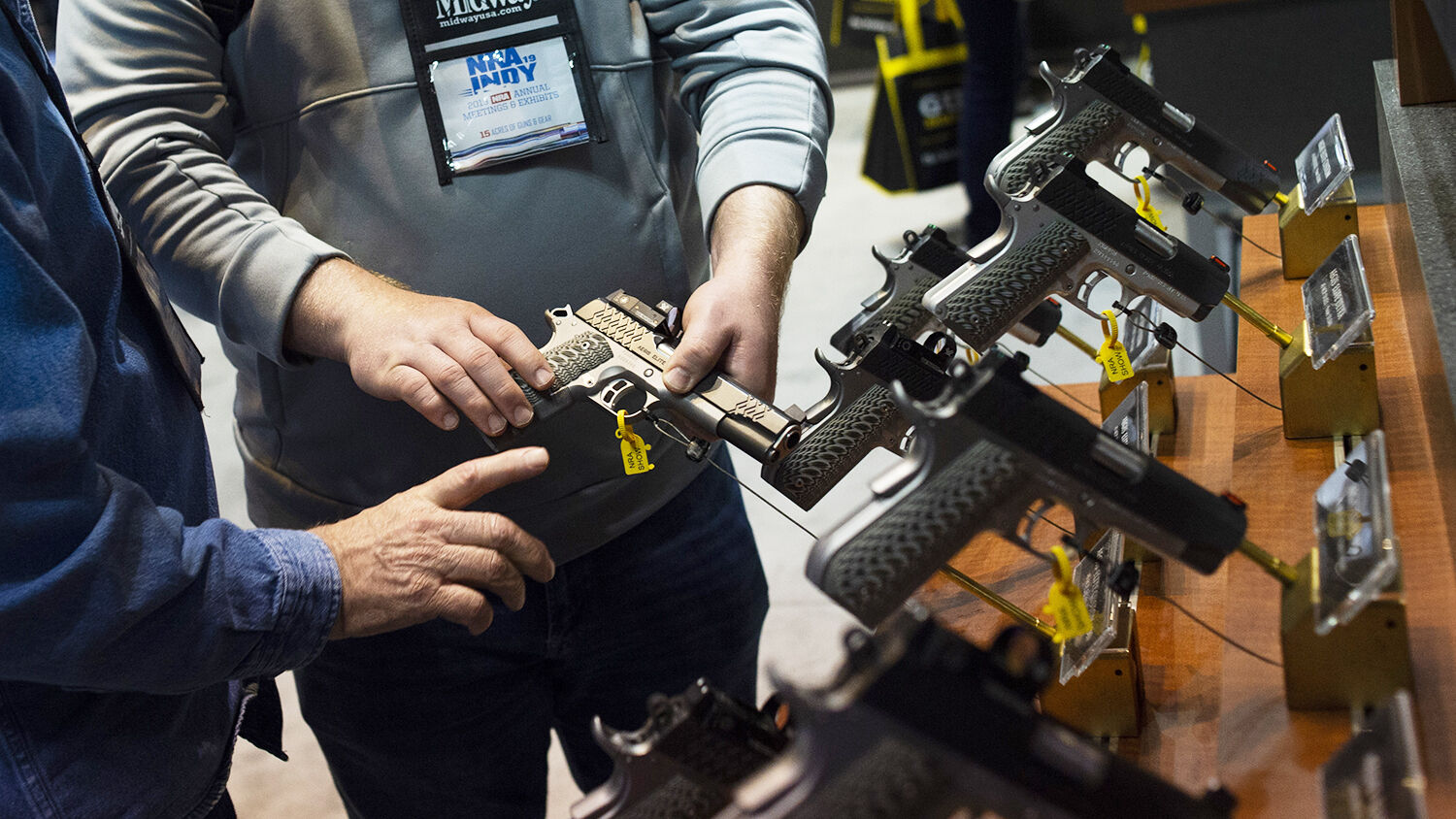 nra members examine handguns and other merchandise during an exhibition.
Matthew Hatcher/SOPA Images/LightRocket via Getty Images

America’s reliance on guns for protection has a major flaw.

According to the Graduate Institute of International and Development Studies in Geneva, there are 393,300,000 guns in the United States already, which amounts to 120.5 guns per 100 people. Despite these astronomical figures, more and more people feel it is not enough.

Following the El Paso and Dayton shootings, Justin Anderson, marketing director of Hyatt Guns, told the Washington Examiner, “Just this week we have fielded hundreds of calls from people that have never purchased a gun before. Our concealed carry training classes are filling up quickly. People are realizing that even a trip to Walmart isn’t safe these days, and they want to be able to protect themselves.”

Some purchasers are gun enthusiasts who are worried that calls for banning all firearms could soon close the window to legal arms purchases. But as Anderson stressed, the majority are first-time buyers motivated by a desire to protect themselves and their loved ones.

Meanwhile, as gun sales soar, America’s racial tensions are being inflamed by the blame placed on “white supremacy” for mass shootings. People are afraid, tensions are palpable, and an outbreak of violence seems near.

But Bible prophecy shows that rather than preventing bloodshed, the current proliferation of guns will actually exacerbate America’s violence.

Ezekiel 5 contains a deeply sobering prophecy. God inspired the Prophet Ezekiel to write about the soon-coming destruction of the United States and Britain, the descendants of ancient Israel (for more information on Israel’s identity, request The United States and Britain in Prophecy, by Herbert W. Armstrong). Verse 12 describes how a third of the peoples of these nations will soon perish: “A third part of thee shall die with the pestilence, and with famine shall they be consumed in the midst of thee ….”

In Ezekiel: The End-Time Prophet, Trumpet editor in chief Gerald Flurry explains that pestilence in this verse means “destruction,” represented by a “plague of violence, or burning … or rioting.” Mr. Flurry also notes how several recent spates of rioting in America have been “sparked by racial incidents.” He writes that they were the results of “highly publicized cases of police acting against minorities.”

With the calls for tighter gun laws being driven partly by the perceived problem of white supremacist shooters, we could be on the precipice of seeing these two volatile issues, guns and race, converge dangerously.

In light of the Ezekiel 5 prophecy and numerous related Bible passages about the end time, we can be sure that the hundreds of millions of guns currently owned by U.S. citizens will contribute to widespread death when society unravels and the people use them on each other en masse.

“As a result of the race riots, more guns will be sold,” Mr. Flurry continues. “The people see that our government won’t protect them—and they don’t trust God to protect them either!”

People are buying guns for their protection, but the one true, infallible source of protection is God. In an article on society’s reliance on gun protection, Trumpet managing editor Joel Hilliker wrote:

[Jesus Christ] well knew of—and specifically prophesied of—the crime and violence that would overwhelm our world today. … Knowing that this society would be fraught with dangers—a place where those who follow Him would be under threat of crime and violence—He instructed His disciples to pray daily, “Deliver us from evil” (Matthew 6:13). … Many people who call themselves Christians ridicule the idea of divine protection. … But God is real. His power is real—His power to save from danger those who fear and obey Him is real! … There is no limit on God’s ability to intervene on our behalf—except the quality of one’s faith and obedience.

In the face of these growing societal evils, frequent mass shootings, incendiary racial tensions, and palpable national division, it is clear that violent conflict is at the door. A time of great suffering unlike any before is nearly upon us (Matthew 24:21). And only God’s protection is guaranteed to deliver us. God promises that, if we obey Him, He will protect us from the impending disasters (2 Peter 2:9).

The surge in gun sales reflects the fear afflicting Americans. But hope in God and His Word can dispel this fear in a way that no gun can.

For more about the coming conflict and the hope that lies just beyond, request your copy of our free book Ezekiel: The End-Time Prophet.