People seem to be bracing for crime and riots to explode—by arming themselves to the teeth. 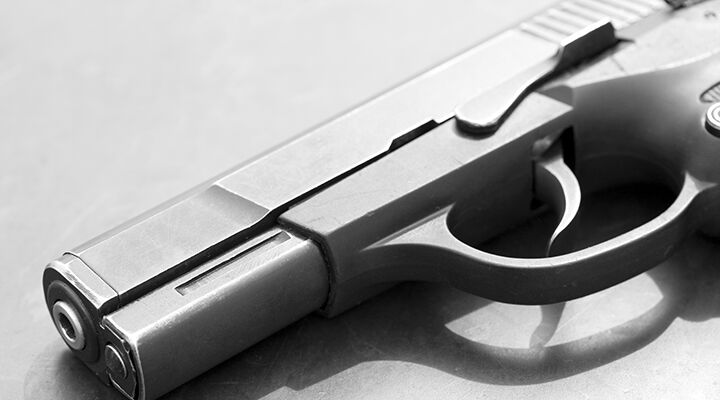 People seem to be bracing for crime and riots to explode—by arming themselves to the teeth.

Have you got your gun yet Millions of your neighbors have.

Americans have always loved their guns, but lately they are loading up more than ever.

U.S. civilians lead the world in private gun ownership: They own an estimated 270 million guns—nine privately owned firearms for every 10 people.

Precise gun sales figures don’t exist, but firearm manufacturers know the score. Because of exploding demand, they simply can’t keep the shelves stocked. Sturm, Ruger and Co. received more orders in the first quarter of this year than the number of guns it made in all of 2011. Smith & Wesson said its backlog at the end of the second quarter was worth nearly $400 million, more than double the same time last year.

The firearms industry grew 66 percent in economic impact (job creation and tax payments) between 2008 and 2011. And the number of background checks linked to buying firearms is soaring: 1.7 million in March—up 20 percent from March last year. It was the 22nd month in a row that this number rose. Numbers are still well over a million a month.

Clearly, people are concerned. Many are anxious over economic instability and the potential for societal breakdown. As local, state and federal budgets are cut back, public services, including law enforcement, are being trimmed. A growing number of people just don’t think the government will protect them. Also, more and more believe the world is coming to an end and are bracing themselves to survive doomsday.

Added to these fears is growing nervousness that politicians are about to enact stricter gun control. It’s a showdown: On one side are people who say that keeping guns out of people’s hands makes everyone safer. On the other are those who believe that taking guns away only leaves law-abiding people vulnerable to criminals who will get them illegally. As society grows more dangerous, they argue, the only source of protection they can really have confidence in is themselves.

Are you one of these people? What is your source of protection?

This is an important question, because those who lack protection are about to find themselves in a world of trouble.

Given current trends, it’s not difficult to see why people are concerned about breakdowns in social order. All around we see clues that it is unraveling. In an economically depressive atmosphere, it seems anger and hostility are always simmering, ready to boil over. Stories are numbering in the hundreds of gangs of young people committing random acts of terror—stealing, vandalizing, intimidating, assaulting, even raping and killing. Racial provocations and violence have grown routine. Soaring welfare dependency means that any disruption in benefits—whether from budget cuts, a government shutdown or default—could mobilize an army of discontents overnight. A currency meltdown—made increasingly likely by reckless government monetary policy—would transform the country.

On top of these dangers are the possibilities of unforeseen disaster—a terrorist attack, weather catastrophe, major earthquake or disease pandemic. All have the potential to not only bring a high body count, but also to upset the infrastructure and technology our society depends on—the systems that enable food distribution, electricity production and delivery, communication, waste management and so on. The resulting tribulations could spark significant unrest.

Little wonder that people are seeking out ways to protect themselves.

But there is yet more to indicate the fragility of our society—and this is the most concerning of all. It is the warning of biblical prophecy.

A host of chilling scriptural passages warn of exactly these sorts of scenarios hitting us very soon.

The end-time prophecy of Ezekiel 5, for example, reveals that America is about to fall victim to a siege of violence within its major cities. Economic collapse will cause serious breakdowns. Panic will spread. Lawlessness will explode. We will see rioting, burning and brutality amid population centers. We will experience the worst evils of human nature.

Now—add 270 million guns to this equation. Prophecies make it obvious that these weapons will be put to use. Not just in occasional gang-on-gang violence, or only between criminals and policemen—but by people who are driven by fear, desperate for food, fighting for their lives, determined to protect their loved ones.

Are guns your best form of protection? Well, when you understand those biblical prophecies, a terrible reality emerges: Guns are only going to help so much. Set aside practical considerations—the fact that they can jam, or misfire, or be stolen and used against you. Set aside questions like how you could be sure you wouldn’t use your gun for evil.

Realize that the scale of violence about to engulf our society will simply be too overwhelming. No one is going to escape the coming tribulation—which is descending on America and other nations because of God’s wrath—through survivalist skills. Those who plan to weather the coming storms through their own foresight and marksmanship are underestimating the savageness of the time ahead.

There is, however, another, far more effective form of protection available.

Many gun-buyers are Christian. When Jesus Christ walked this Earth, He spoke about the subject of self-defense. Did He teach people to take up weapons and defend themselves from dangers?

There was one instance, often cited by some who consider the Bible authoritative, where Jesus actually told His disciples, “he that hath no sword, let him sell his garment, and buy one” (Luke 22:36). Why? Was it so they would be prepared to wage war against the government of Rome, or to defend themselves against criminals? No—the next verse gives the reason. Jesus fulfilled many Old Testament prophecies during His years in the flesh, and this was one of them: that He would be “numbered with the transgressors” (Isaiah 53:12)—or as the Fenton translation renders it, He “ranked among the outlaws.” Christ said, “For I say unto you, that this that is written must yet be accomplished in me,” and He had them get a sword to fulfill that prophecy—not to use in killing.

Before He was crucified, Jesus told Pilate, “My kingdom is not of this world: if my kingdom were of this world, then would my servants fight …” (John 18:36). To this day, His Kingdom has not yet come to this Earth. When it does, Christ will lead the charge and make war in righteousness (read Revelation 19:11-16).

Until then, however, did Christ say His followers should arm themselves and use self-defense?

No, He did not. “Resist not evil,” Jesus said. “[W]hosoever shall smite thee on thy right cheek, turn to him the other also” (Matthew 5:39).

The approach of arming oneself, intending on using guns to defend against other human beings, contravenes Christ’s clear instruction. (Using guns for hunting or recreation is far different than procuring them for self-defense.) Taking another person’s life also breaks the Sixth Commandment, “Thou shalt not kill” (Exodus 20:13).

Restraining force would be appropriate to exercise under certain circumstances. But someone who is striving to live by God’s law of love, even if provoked, should never use a weapon with intent to inflict injury on another person. “Dearly beloved, avenge not yourselves,” wrote the Apostle Paul, “but rather give place unto wrath: for it is written, Vengeance is mine; I will repay, saith the Lord” (Romans 12:19).

However, it is far from true that Christ left His disciples defenseless. He well knew of—and specifically prophesied of—the crime and violence that would overwhelm our world today. “For then shall be great tribulation,” He said of the time just before His Second Coming, “such as was not since the beginning of the world to this time, no, nor ever shall be” (Matthew 24:21).

He knew that this society would be full of dangers. He knew those who follow Him would be under threat of crime and violence. That is why He instructed His disciples to pray daily, “Deliver us from evil” (Matthew 6:13).

Many people who call themselves Christians actually ridicule the idea of divine protection. They practice a religion “having a form of godliness, but denying the power thereof” (2 Timothy 3:5).

But God is real. His power is real—His power to save from danger those who fear and obey Him is real! “The Lord knoweth how to deliver the godly out of temptations, and to reserve the unjust unto the day of judgment to be punished” (2 Peter 2:9). The Bible is filled with examples of God delivering His faithful out of all sorts of life-threatening situations—conquering kingdoms, quenching fire, closing the mouths of man-eating beasts, putting whole armies to flight (Hebrews 11:33-34).

God does promise in many scriptural passages that in the coming tribulation, He will provide a special place of protection for His people. You can read about this by requesting our free booklet Jordan and God’s Church in Prophecy.

There is no limit on God’s ability to intervene on your behalf—except the quality of your faith and obedience. “And whatsoever we ask, we receive of him, because we keep his commandments, and do those things that are pleasing in his sight” (1 John 3:22). Are you doing what is pleasing in his sight?