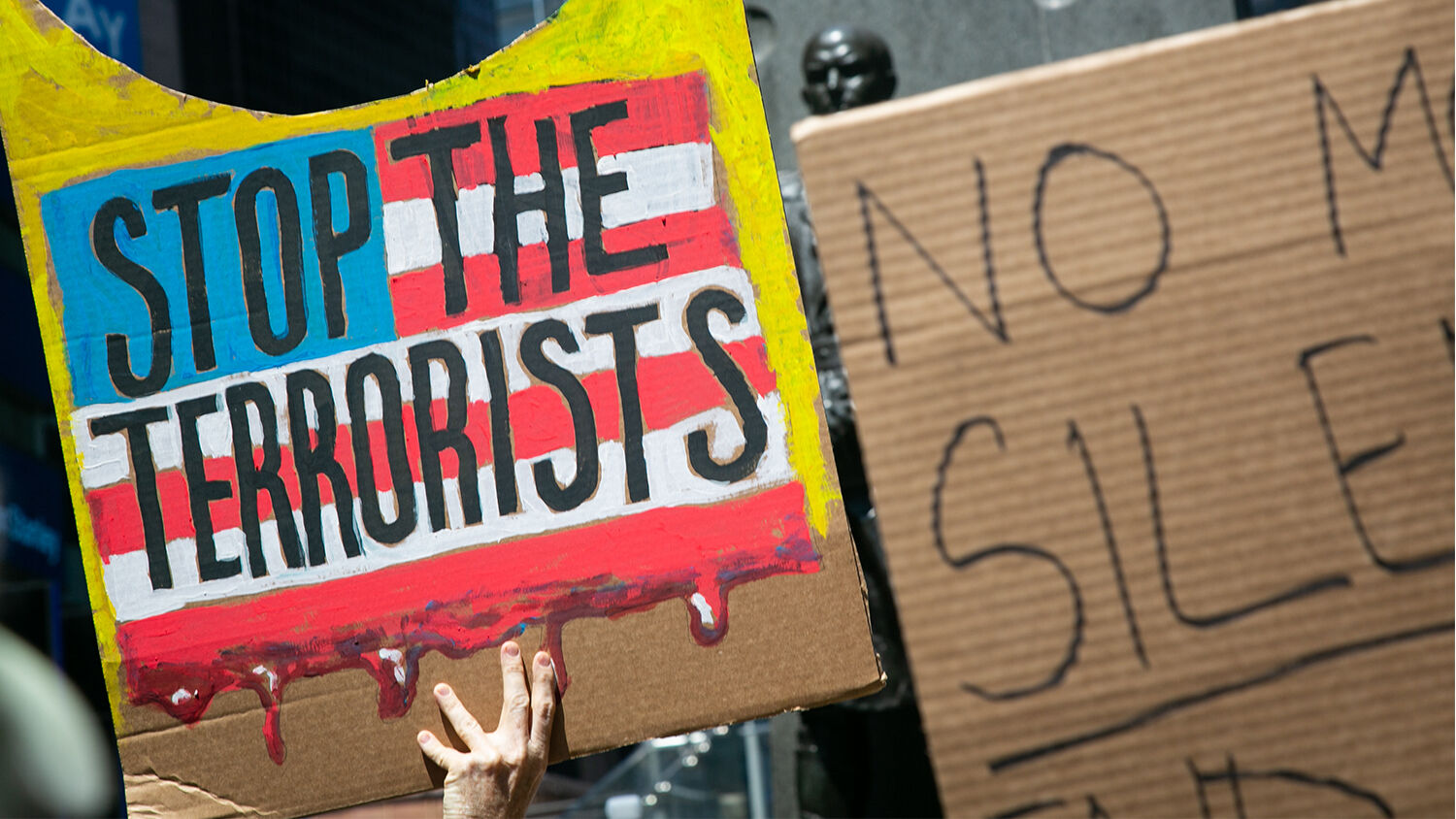 Protesters hold a rally on August 4 against gun violence outside the New York Public Library in response to recent mass shootings in El Paso, Texas, and Dayton, Ohio.
Getty Images

After two mass shootings in about 13 hours this past weekend, journalists and politicians immediately launched into identifying the underlying threat that causes mass shootings. They rapidly zeroed in on two: lack of gun control, and white nationalism—then blamed the president of the United States for both.

“Tech companies are willing to work more closely with law enforcement to fight white nationalist terrorism, but the industry is skeptical of the White House’s seriousness on the issue,” Axios reported. “El Paso Shooting Suspect’s Manifesto Echoes Trump’s Language,” the New York Times headlined. The Washington Post blamed President Donald Trump’s use of “us-against-them language about immigrants.” Former President Barack Obama identified the underlying threat as “gun laws,” “racist ideologies,” “white supremacy” and “language coming out of the mouths of any of our leaders that feeds a climate of fear and hatred and normalizes racist sentiments ….”

Believe the news, and you will be convinced that the big threat in America today is white nationalism cultivated by President Trump.

Leftist journalists and politicians are hyping this threat using not only bad logic but also fake facts. The 21-year-old El Paso murderer is not a conservative or even a Trump acolyte. The manifesto he appears to have posted views Hispanic immigrants as a threat to the United States, not because they are racially inferior but because their numbers will jeopardize free universal health care, universal basic income and the environment: “[T]he next logical step is to decrease the number of people in America using resources. If we can get rid of enough people, then our way of life can become more sustainable.”

Journalists and politicians turned a deranged, big-government, socialist eco-terrorist into a “white nationalist,” and pontificated and preached as though mass shootings and hate in general would cease if only the president would stop encouraging white supremacy.

All mass shootings are tragic, and their frequency is increasing. But from 1989 to 2014, all mass shootings accounted for 0.13 percent of the shooting deaths in America. Not 13 percent, not 1.3 percent—0.13 percent, most of which cannot be even remotely linked to white nationalism. Police shooting suspects, or being shot by suspects, account for another small percentage of the 33,000 gun deaths each year in the U.S. But one third of those deaths are homicides—an outsized portion of which are black men killing other black men. And the other two thirds are suicides. For each mass shooting death, there are over 500 shooting suicides.

Mathematically, these are real threats. But leftist journalists and politicians aren’t weeping and ranting and swearing about those like they are about “white nationalism.”

Meanwhile, illegal immigration is another real threat. The facts are undeniable: Masses of immigrants are putting themselves and their children in the hands of cartels and attempting illegal, dangerous border crossings. Reports are clear that among those getting across are many criminals and terrorists, not to mention mountains of drugs. And it’s impossible for millions of desperate people pouring into the country not to strain the economies they are entering. It’s impossible for them not to change society and, if Democrats succeed in giving them voting rights, the government.

These are objectively serious threats. But if you begin to mention them, liberals say you are a racist, white nationalist. If you want to enforce immigration law, then YOU are the threat. The actual threat posed by white nationalists is barely a blip on the radar compared to the threat of open borders. Some on the left are screaming hysterically about racism and the danger of another Holocaust—while insisting that the solution is to eliminate the U.S. Immigration and Customs Enforcement and offer these “undocumented asylum seekers” free health care.

The El Paso shooter supports free health care and universal basic income. These happen to be two of the “solutions” being promoted by Democratic presidential candidates to solve the crisis of economic inequality. Their other proposals include wealth tax, minimum wage increases, free college, free cash handouts, even slavery reparations. Meanwhile, America’s national debt is $22 trillion and rising fast. This is an existential threat not only to our economy but to our national security. Yet leftists want instead to address the “crisis” of different people having different amounts of wealth—by profoundly exacerbating the debt crisis.

Examples of ignoring real threats abound. What about the godless, devastated homes producing these mass shooters, gang members and other criminals? What about the U.S.-China trade war? What about Russian authoritarianism, wmd procurement and expansionism? What about Chinese imperialism and turmoil in Hong Kong? What about Iranian aggression? What about possible wars between Turkey and the Kurds, or India and Pakistan? What about the corrosion of European democracy? What about Brexit? What about how any number of these volatile situations might affect markets and national economies?

In America’s national conversation, this is all background noise compared to the threats of white nationalism, police shootings and toxic masculinity. They’re not as important as the threats of carbon emissions, Confederate statues and abortion restrictions. Not as important as intolerance against lgbtq people and the threat of “misgendering” a man who says he’s a woman.

When you view everything through a distorted lens, you can look directly at the good and see evil. You can hear lies and believe they’re the truth. You can see fake threats and think the sky is falling—while ignoring portents of the world actually coming to an end.

Even the people best equipped to identify the truth, those led by God, can fall into this trap. 2 Thessalonians 2:9-11 prophesy of a leader “whose coming is after the working of Satan with all power and signs and lying wonders.” Even these people, if they do not love the truth, can be strongly deluded and “believe a lie.” What is happening in America today is a secular version of that, happening on an increasingly massive scale. And yes, it can affect you. If you hear a lie often enough, you will eventually believe it—unless you constantly fight it off and have clear, solid truth to compare it to. God tells you to prove all things and hold fast to what is good (1 Thessalonians 5:21).

Here is a formula to determine the actual threat level on any given subject: Look at what Bible prophecy says. It will help you distinguish actual crises from fake ones. A practical way to do this is to read this article: “‘But What Do I Watch For?’” Another is to look at our Trends page. This breaks down the news into the four main areas that Bible prophecy addresses. These are the real threats, based not on ideology or rhetoric, but on Bible prophecy revealed by God. This will help you keep your perspective, help you stay clear from being deceived and sucked into fighting fake threats—and keep you grounded in the truth.