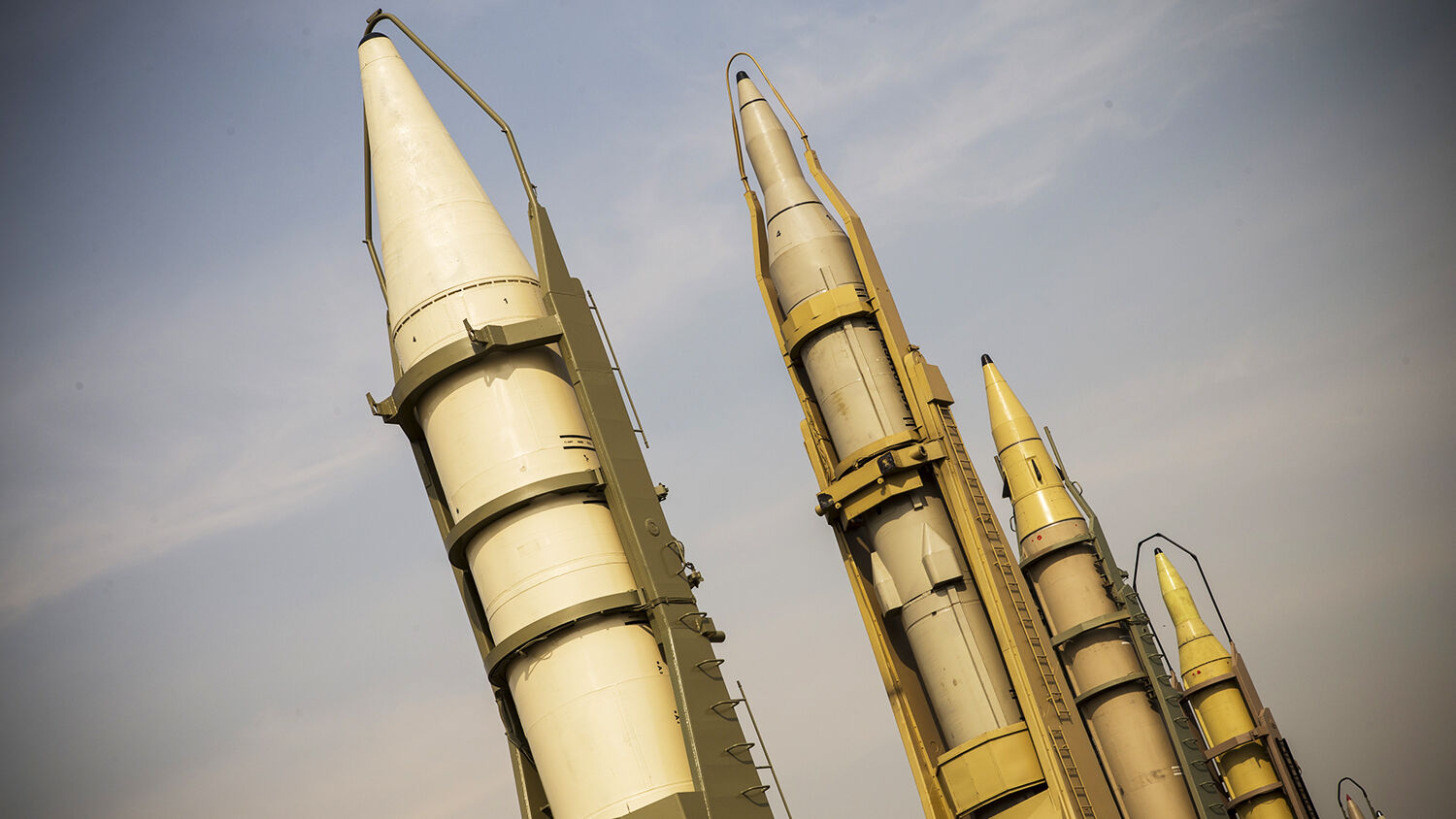 Missiles are displayed at a weaponry and military equipment exhibition in Tehran, Iran.
Getty Images

On two different occasions last month, Israeli F-35 fighter jets struck Iranian missile depots north of Baghdad. This marks Israel’s first air strikes in Iraq since Operation Opera in 1981, when it bombed an Iraqi nuclear reactor. This escalation reveals the increased severity of the missile threat that Israel is facing. It also indicates that the United States may have given it the green light to open a new front against Iranian targets in Iraq.

The first attack, on July 19, occurred on a warehouse about 110 miles north of Baghdad. The Israeli Air Force targeted the Shiite militia base just after a shipment of Iranian-made short- and medium-range ballistic missiles was offloaded from a truck, which was supposedly transporting refrigerated food. A senior commander of Iran’s Islamic Revolutionary Guard Corps Quds Force was killed in the air strike.

- Western diplomatic sources say an #Israel F-35 jet was behind the July 19 strike on an #Iran-ian ballistic missile delivery to Shia militias in #Iraq. https://t.co/b2MMO4VRW4 pic.twitter.com/XneVcTsgBS

The second strike, on July 28, was aimed at Camp Ashraf, another suspected Iranian rocket depot 25 miles northeast of Baghdad and 50 miles from the Iranian border. The proximity makes it a strategically important location for Iran to transport ballistic missiles. The base is in an area heavily influenced by Iran and is close enough to limit transport time reducing the chance of exposure.

The air strikes on these bases are a significant victory for Israel.

Israel has conducted hundreds of strikes against Iranian targets in Syria, but as the threat against Israel expands, the Israeli military is expanding the scope of its attacks. However, Israel likely would not attack Iraq without American support, indicating U.S. President Donald Trump gave Netanyahu the green light to attack. Also, the F-35 is an advanced model supplied to Israel by the U.S.

Since September 2018, Iran has been deploying short- and medium-range ballistic missiles in Iraq, placing both Israel and Saudi Arabia within striking distance.

American intelligence agencies estimate that Iran has the largest ballistic missile inventory in the Middle East. Since June 2017, Iran has launched 19 short-range ballistic missiles into the territory of its neighboring Arab countries.

Israel was forced to act. But because the Shiite militias have begun integrating with the Iraqi Armed Forces, the air strikes could also be considered attacks on Iraq itself. This is probably why Israel has not commented on or even confirmed the attacks. The Washington Institute for Near East Policy stated on May 13 that “overt Israeli action would complicate U.S. relations and interests in Iraq, not to mention Israel’s own regional relations.” The strikes will likely further separate Iraq from Israel and the U.S., pushing it further toward Iran.

For more than two decades, the Trumpet has warned that Iran could gain control of Iraq. On March 14, Iran conducted its largest drone exercise, “Toward Jerusalem 1.” An old Iranian slogan “the path to Jerusalem runs through Karbala,” an Iraqi city, shows that Iran has always seen Iraq as a stepping-stone toward Israel. Iran is vehemently seeking the destruction of Israel, and Iraq is a crucial step toward its goal.

In the 1990s, Trumpet editor in chief Gerald Flurry identified radical Islam, led by Iran, as the biblically prophesied “king of the south.” (Request your free copy of The King of the South.)

The Prophet Daniel recorded the part that this Middle Eastern power bloc will play in end-time events: “And at the time of the end shall the king of the south push at him: and the king of the north shall come against him like a whirlwind, with chariots, and with horsemen, and with many ships; and he shall enter into the countries, and shall overflow and pass over” (Daniel 11:40). “The king of the north” refers to a united, German-led Europe.

According to this prophecy, Iran’s push is what causes this European superpower to react. In Jerusalem in Prophecy, Mr. Flurry writes, “This push by the king of the south [Iran] will probably be a clash directly related to Jerusalem.” Zechariah 14:2 further reveals that half of Jerusalem will fall under Arab control.

Iran is a radical, aggressive nation that pushes with violence, endures retaliation, and then pushes with more violence. As Israel increases the scope of its attacks and begins striking Iranian targets in Iraq, watch for an even more violent response from Iran as it aggressively works to conquer Jerusalem.

For more information about Iran’s plan to use Iraq to conquer Jerusalem, read “Iraq Is Conquered—On to Jerusalem,” by Trumpet Jerusalem correspondent Brent Nagtegaal in the May-June 2019 Trumpet.