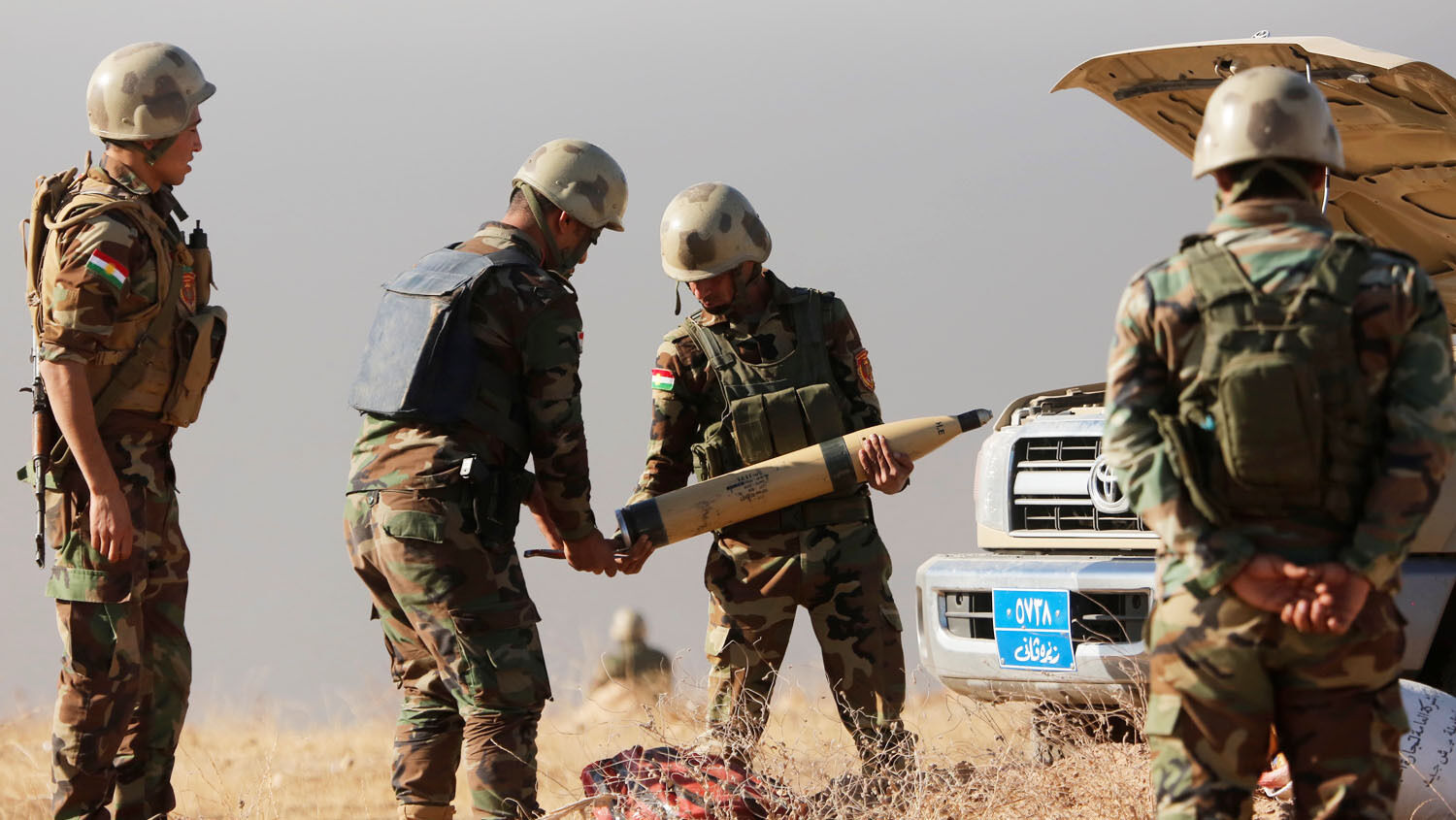 Iran has been stationing missiles in Iraq, according to a blockbuster report published by Reuters last Friday, titled “Exclusive: Iran Moves Missiles to Iraq in Warning to Enemies.”

Iran has given ballistic missiles to Shiite proxies in Iraq and is developing the capacity to build more there to deter attacks on its interests in the Middle East and to give it the means to hit regional foes, Iranian, Iraqi and Western sources said. …

According to three Iranian officials, two Iraqi intelligence sources and two Western intelligence sources, Iran has transferred short-range ballistic missiles to allies in Iraq over the last few months. Five of the officials said it was helping those groups to start making their own. …

Iran has previously said its ballistic missile activities are purely defensive in nature. Iranian officials declined to comment when asked about the latest moves.

Stationing these missiles in Iraq puts them closer to Saudi Arabia and to Israel, including the capital cities of both countries. The article continued:

The Quds Force, the overseas arm of Iran’s powerful Islamic Revolutionary Guard Corps (irgc), has bases in both those areas. Quds Force commander Qassem Suleimani is overseeing the program, three of the sources said. …

“It seems Iran has been turning Iraq into its forward missile base,” the Western source said.

The Iranian sources and one Iraqi intelligence source said a decision was made some 18 months ago to use militias to produce missiles in Iraq, but activity had ramped up in the last few months, including with the arrival of missile launchers. …

“We have bases like that in many places and Iraq is one of them. If America attacks us, our friends will attack America’s interests and its allies in the region,” said a senior irgc commander who served during the Iran-Iraq War in the 1980s.

Reuters’ sources said that Iran is rebuilding Saddam Hussein-era missile factories, with the intent of building missiles in Iraq that are controlled by Iran.

“It was clear to Iraqi intelligence that such a missile arsenal sent by Iran was not meant to fight Daesh (Islamic State) militants but as a pressure card Iran can use once involved in regional conflict,” Reuters quoted an Iraqi official as saying.

The same official said that Iran has complete control of these missiles: “We can’t restrain militias from firing Iranian rockets because simply the firing button is not in our hands, it’s with Iranians who control the push button.”

How’s that for an admission that Iran rules Iraq. Trumpet correspondent in Jerusalem Brent Nagtegaal focused on this angle of the report in his Trumpet Hour segment last Friday. The Iranians control Iraq so completely that they can send in ballistic missiles and set up missile factories, and there’s nothing the Iraqi government can do to stop them, even if it wanted to.

In 1994, Trumpet editor in chief Gerald Flurry prophesied that Iraq would fall to Iran. In 2014, while everyone was focused on the Islamic State, Mr. Flurry warned that the terrorist group was “a distraction from the real danger in the Middle East and in the world”—Iran. He quoted Israeli Prime Minister Benjamin Netanyahu, who said, “To defeat [the Islamic State] and leave Iran as a threshold nuclear power is to win the battle and lose the war.”

Now we see that Iran used the fight against the Islamic State as an excuse to increase its power over Iraq—power that it does not intend to give up.

“America is celebrating the fall of the Islamic State. But the reality is that it has just suffered its greatest defeat ever in the Middle East—and helped to crown Iran the victor and king!” Mr. Flurry wrote in “America’s Greatest Defeat—Iran’s Victory” in the January 2018 Trumpet issue.

Daniel 11 contains prophecy for “the time of the end” that describes a “king of the south.” In his article, Mr. Flurry wrote, “For more than two decades, the Trumpet has been stating our conviction that this role in end-time events would be fulfilled by Iran, leading the forces of radical Islam.”

This truth is more obvious now than ever. For the biblical proof that Iran fulfills this role, read Mr. Flurry’s free booklet The King of the South.