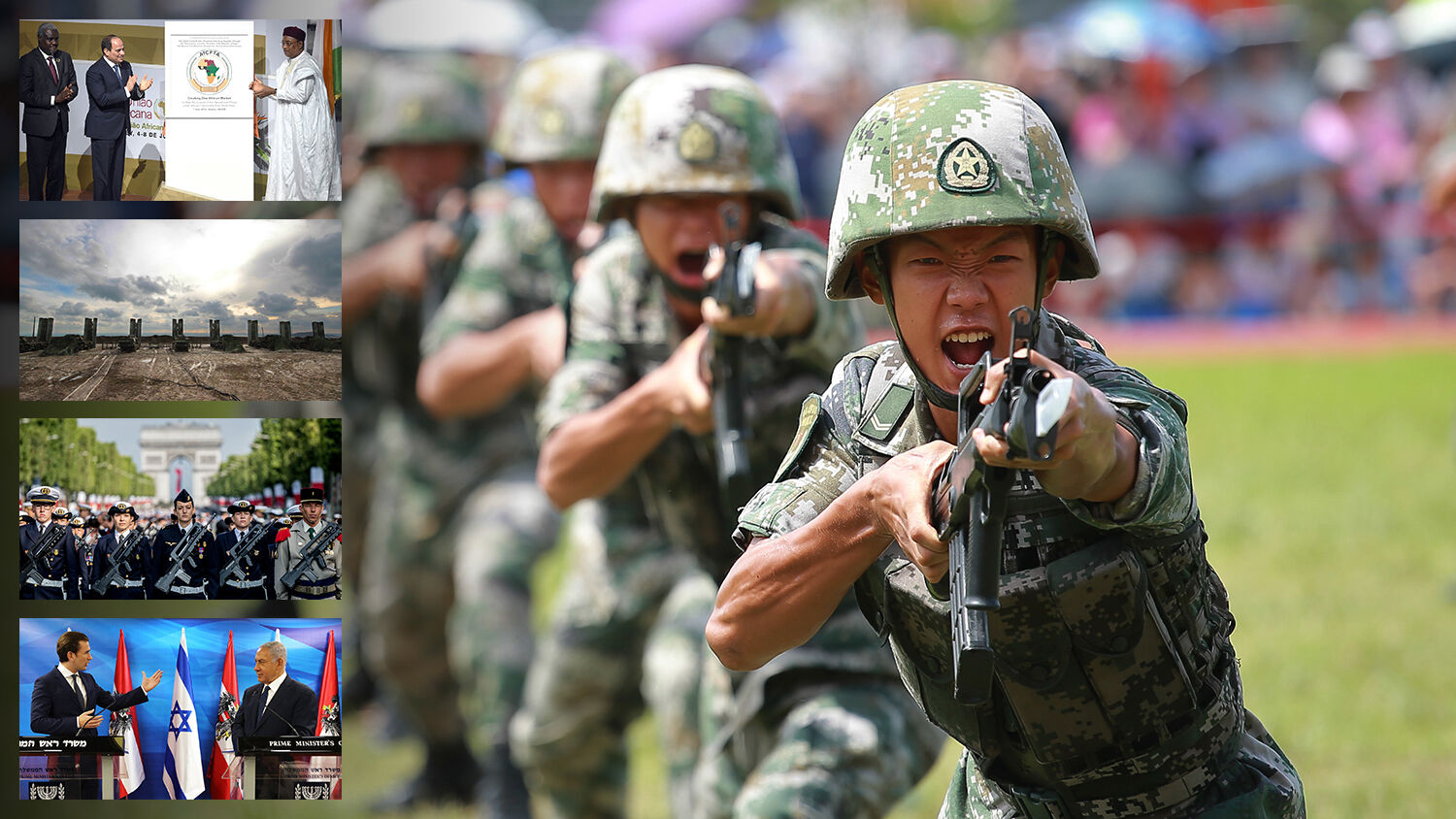 After years of China insisting that its Belt and Road Initiative is purely for peaceful economic purposes, the nation’s top defense official acknowledged on July 8 that the project includes military ambitions.

Speaking in Beijing to defense officials from Latin American, Caribbean and South Pacific countries, Chinese Defense Minister Wei Fenghe said the globe-spanning infrastructure project would build a “framework” for military cooperation between China and other nations.

The Trumpet closely watches China’s Belt and Road Initiative progress because the project bears significance in Bible prophecy. Isaiah 23 discusses a “mart of nations” that will emerge in modern times as an economic behemoth. Leading the mart of nations will be a power Isaiah refers to as Chittim, an ancient name for modern-day China. Learn more by reading “China Admits Belt and Road Includes Global Military Ambitions” and Isaiah’s End-Time Vision.

The Economic ‘Scramble for Africa’

This trade union is backed by the European Union. According to the European Commission’s website, it “marks a new phase in Africa-EU relations.”

The Bible predicts exactly where this modern “scramble for Africa” is ultimately leading.

Vladimir Putin Has Crimea ‘Bristling With Missiles Like a Hedgehog’

New satellite imagery shows that, over the last 18 months, Russia has deployed additional aircraft, warships, troops and advanced missile systems to locations across the Crimean Peninsula.

This buildup continues a pattern that began back in 2014, when Russia illegally annexed Crimea from Ukraine. Since then, Russian President Vladimir Putin has doubled the number of soldiers there, bringing it up to about 32,000, and has deployed 680 armored carriers and about 100 aircraft.

Jeffrey Lewis of the Middlebury Institute of International Studies told Defense One how noteworthy the scale of this buildup is and said Crimea is now “bristling with missiles like a hedgehog.”

“The Crimean Crisis Is Reshaping Europe!”, Trumpet editor in chief Gerald Flurry wrote shortly after Putin annexed Crimea. “The fear you see in Europe because of events in Crimea is going to cause 10 leaders in Europe to unite in a sudden and dramatic way—and in precise accordance with the Bible’s description of that European empire!”

On July 14, France commemorated Bastille Day with a major military parade, involving 4,300 armed forces personnel, 196 vehicles, 96 airplanes, 39 helicopters and 237 horses. Though it recalls a key event of the French Revolution and honors the French military, this year’s parade went beyond celebrating France. It also celebrated the armed forces of Europe.

The parade along the Champs-Élysées was observed not only by French President Emmanuel Macron but also German Chancellor Angela Merkel and leaders from the Netherlands, Belgium, Portugal, Estonia and Finland. Marching in the parade itself were personnel from nine other European nations: Germany, Spain, the United Kingdom, Belgium, Denmark, Estonia, the Netherlands, Portugal and Finland.

These nine nations are all members of the European Intervention Initiative, an exclusive European military alliance operating outside of European Union rules yet benefiting from shared EU military projects.

These developments are leading to a time prophesied in the Bible when the world will stand in awe of a military superpower emerging out of Europe, wondering, “Who is like unto [it]? who is able to make war with [it]?”

Kurz in Jerusalem: ‘A Tremendous Friend of Israel’

Israeli Prime Minister Benjamin Netanyahu welcomed former Austrian Chancellor Sebastian Kurz to Jerusalem on July 10 as a “tremendous friend of the State of Israel, a champion of fighting anti-Semitism, a great leader for Austria.”

In their meeting, the two leaders discussed the challenges of the refugee crisis, terrorism and Iran’s pursuit of nuclear weapons. “I am very concerned about Iran’s statement to want to enrich more uranium,” Kurz told Austrian reporters after his meeting with Netanyahu. He also said that Austria would act with Europe, “united and determinedly,” against Iranian nuclear ambitions.