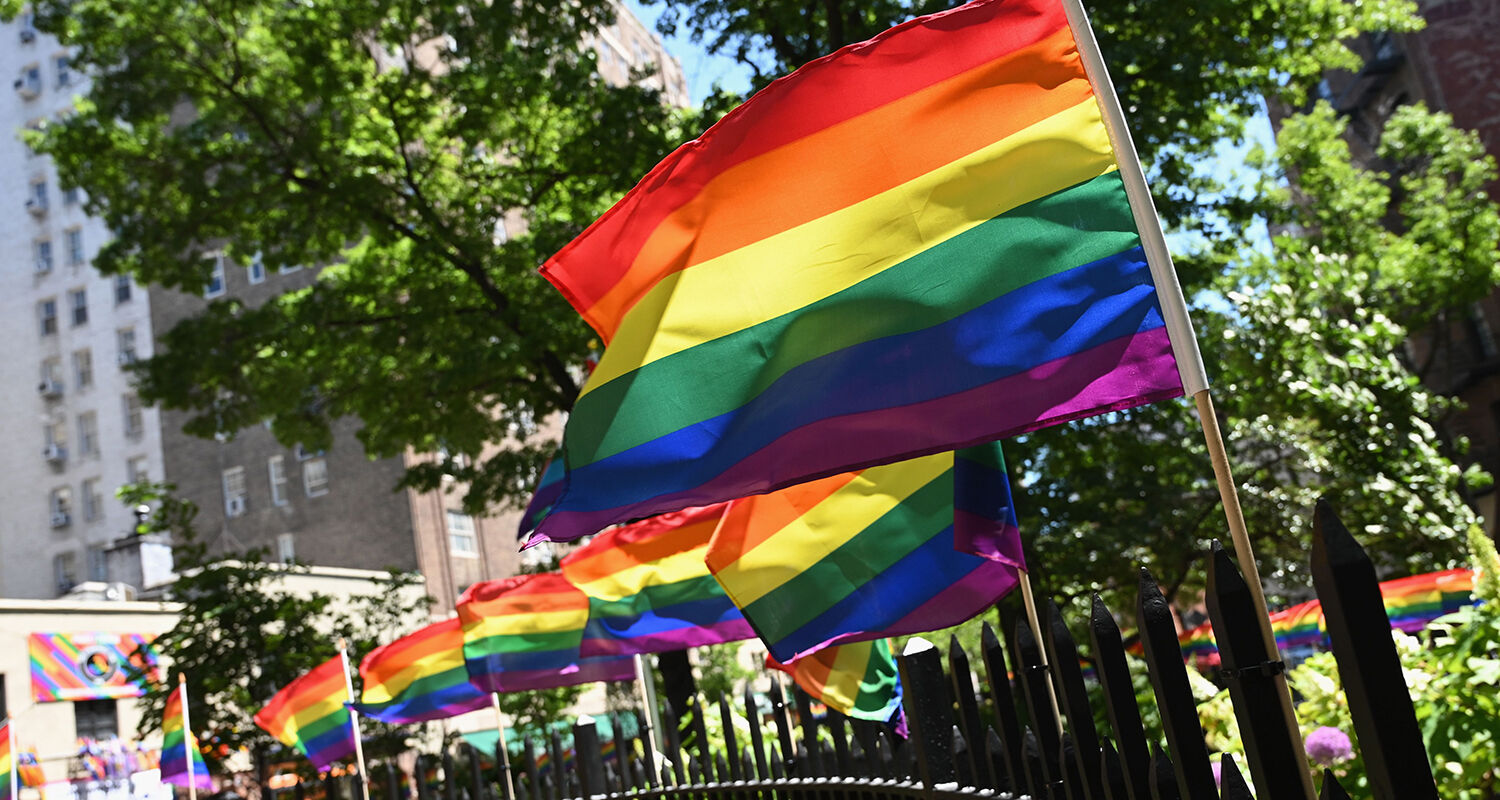 For more than 30 years, the movement has followed a specific, definite manifesto.

It’s hard to escape the fact that June is “pride month” for lesbians, gays, bisexuals and transgenders. From Apple to Walmart, pride month is everywhere. How did this nation go from a place where homosexuality was illegal to one where “gay pride” is celebrated by politicians and just about every large business?

This journey didn’t happen by accident. It is unfolding according to a definite plan.

In 1987, homosexual activists Marshall Kirk and Erastes Pill wrote “The Overhauling of Straight America” for a homosexual publication. It was later expanded into a book, After the Ball. The article established a strategy for homosexuals to gain acceptance and prominence. They wrote that a “large-scale media campaign will be required in order to change the image of gays in America.” According to marketing expert Paul Rondeau, this strategy had three main phases: “force acceptance of homosexual culture into the mainstream, silence the opposition, and to ultimately convert American society.”

Looking back, it’s clear how homosexuals and others followed this agenda step by step—and successfully.

As the article recommended, activists first sought to desensitize America to the idea of homosexuality. They undertook a multifaceted campaign aimed at bringing homosexual behavior out of hiding into public conversation. Over time, repeated exposure would decrease. Kirk and Pill asserted (emphasis added throughout):

Almost any behavior begins to look normal if you are exposed to enough of it at close quarters and among your acquaintances. [I]f only you can get them to think that it is just another thing, with a shrug of their shoulders, then your battle for legal and social rights is virtually won.

Next, they recognized that in a “campaign to win over the public, gays must be cast as victims in need of protection so that straights will be inclined by reflex to assume the role of protector.” This would make it possible to take the battle to the courts, where legislation would be used to force acceptance.

Over the years that followed came legal victory after legal victory: Lawrence v. Texas decriminalized sodomy; the Defense of Marriage Act, defining marriage as a heterosexual union, was struck down; and an ongoing barrage of anti-discrimination laws are increasingly making anything considered anti-homosexual a punishable offense.

Forcing acceptance has been remarkably successful. In the United States today, opposing the lgbt agenda is not only socially unacceptable, it is often illegal. Forcing acceptance required direct use of the law, but for the second and third phases, subtle ideology had to be employed.

To successfully silence the opposition, the goal was to fill mass media with as much pro-lgbt material as possible. This would make those of contrary views feel outnumbered and thus afraid to voice their beliefs about traditional marriage. Beyond that, any brave enough to speak up could swiftly become the target of vitriol. According to Kirk and Pill:

At a later stage of the media campaign for gay rights—long after other gay ads have become commonplace—it will be time to get tough with remaining opponents. To be blunt, they must be vilified. … Our goal here is twofold. First, we seek to replace the mainstream’s self-righteous pride about its homophobia with shame and guilt. Second, we intend to make the anti-gays look so nasty that average Americans will want to dissociate themselves from such types.

The public should be shown images of ranting homophobes whose secondary traits and beliefs disgust middle America. These images might include: the Ku Klux Klan demanding that gays be burned alive or castrated; bigoted Southern ministers drooling with hysterical hatred to a degree that looks both comical and deranged; menacing punks, thugs and convicts speaking coolly about the “fags” they have killed or would like to kill; a tour of Nazi concentration camps where homosexuals were tortured and gassed.

This is exactly what happened after the 1998 murder of Matthew Shepard, a homosexual at the University of Wyoming. His sexual orientation was determined not to be a factor in the crime. Regardless, homosexual activists jumped at the opportunity to lump anti-homosexuals into the same group as the murderers, citing a “climate of anti-gay hate.” Still today, individuals against homosexuality are often portrayed as hate-filled and even murderous homophobes.

Stage one of the plan to change America’s views on all things lgbt was complete a long time ago. Once homosexuality was so commonly discussed that it was met with only a “shoulder shrug,” the movement pushed further. It’s not enough to be neutral on the issue—the activities now require you to be passionately pro-lesbian, gay, bisexual, transsexual. The youth are now the prime target. The mass campaign to convert society was to create an America that grows up pro-homosexual.

Over the last decade, Cartoon Network has been trailblazing with homosexual characters in its children’s programs. According to Metro, Nickelodeon has done the same; its show Avatar: The Legend of Korra “ended with a confirmation of a romantic relationship between” two female characters, who both also had relationships with men, making them bisexual. Similarly, My Little Pony, a popular animated series dating back to the 1980s, introduced a lesbian couple in its final season, which is currently airing. Writer and producer Michael Vogel said, “Diversity and representation are important for kids for so many reasons, and it’s my first priority on everything I work on.” Children are being exposed, desensitized and converted to homosexuality at a young age, unbeknown to their parents. The lesbian-gay-bisexual-transsexual campaign is surreptitiously making sure it never has any opposition to contend with ever again.

Attitudes among the slightly older demographic have already changed. Support for same-sex “marriage” by 18-to-29-year-olds has risen 24 percentage points to 83 percent over the last 10 years. In the next generation, the support will be even stronger. More than 8 percent of millennials identify as lesbian, gay, bisexual or transsexual, compared to around 4.5 percent for the rest of the population.

All these concerted efforts, from television programming to celebrity activism, have yielded results. As respected and influential public figures who are adored by millions of fans work hand in hand with television shows watched by millions worldwide, American society is being converted. Support for same-sex “marriage” is higher than it has ever been.

Since its roots dug deep decades ago, this movement has quickly grown so that now its branches have extended to a global phenomenon. The homosexual movement’s ascendency in America and Western society means that it is now being exported to the rest of the world.

Having successfully pushed their agenda in North America, Europe and South America, lesbian-gay-bisexual-transsexual activists have found Asia, Africa and the Middle East unwilling to budge. Recent rulings, however, represent a significant step forward in their attempts to universalize the movement.

On June 11, Botswana’s High Court ruled to completely decriminalize same-sex relations in what was a historic move by the south African country.

For years, South Africa had been the only African nation favorable of homosexuality. All others had been staunchly against it, viewing it as a criminal offense. But Botswana’s defection continues the recent trend of African countries changing their stance, following Mozambique, Mauritius, Seychelles and Angola.

There have been similar developments in Asia, with Taiwan’s parliament passing a bill legalizing same-sex “marriage” and Ibaraki, a Japanese prefecture, being the first to recognize same-sex couples.

Every year, along with the State-Sponsored Homophobia report, ILGA publishes maps showing how laws affect people worldwide on the grounds of their sexual orientation. Find out more: https://t.co/X18XaBHx4X
( last updated on 20 March) pic.twitter.com/VqUM1nUDAy

Today, “gay pride parades” are held around the world, from Israel, Greece and Zurich, to Bogotá, São Paulo and Taipei. It has returned to the streets of Washington, D.C., for the first time in over a decade. Animated children’s programs now have homosexual characters, pro-transsexual legislation is being passed in education, and African and Asian nations are beginning to soften their view toward homosexuality.

Lesbians, gays, bisexuals and transsexuals are trying to change what morality means, trying to “overhaul” what is outlined in the Bible. The problem with this is that it will not at all change the consequences that come about as a result of breaking God’s law. That is what sin is (1 John 3:4). Private morality has everything to do with the law. Trumpet managing editor Joel Hilliker writes about marriage and God’s law in Redefining Family:

When we break those laws, our lives get broken. When we try to “redefine” something we did not create, we suffer. To see the proof, just look around. Our “traditional” marriages have trashed God’s laws to the point where fornication, cohabitation, adultery, divorce, shattered homes and fatherlessness are epidemic. Many people recognize the resulting crises and are desperate for answers: how to have harmonious marriages; how to control wild kids; how to bring sanity to their home lives. Sadly, the vast majority look ahead to the latest in human reasoning, rather than back to the Creator of marriage and family for the answers.

Whether or not you believe deeply in the Christian Bible, it is an objective fact that the further that families drift from the biblical model, the worse they get, and the more the society they underpin falls apart. Given this widespread failure within our marriages and families, shouldn’t we go back and look to the Author of marriage and family, to see what He has to say?

The ascent of the lgbt movement from being illegal to a source of “pride” brings up the question: How long until other illegal ideas, such as pedophilia, are also legalized, protected and even encouraged, and at what cost to society?

To learn about God’s perspective on religion, morality and His laws regarding marriage and family, request your free copy of Redefining Family.