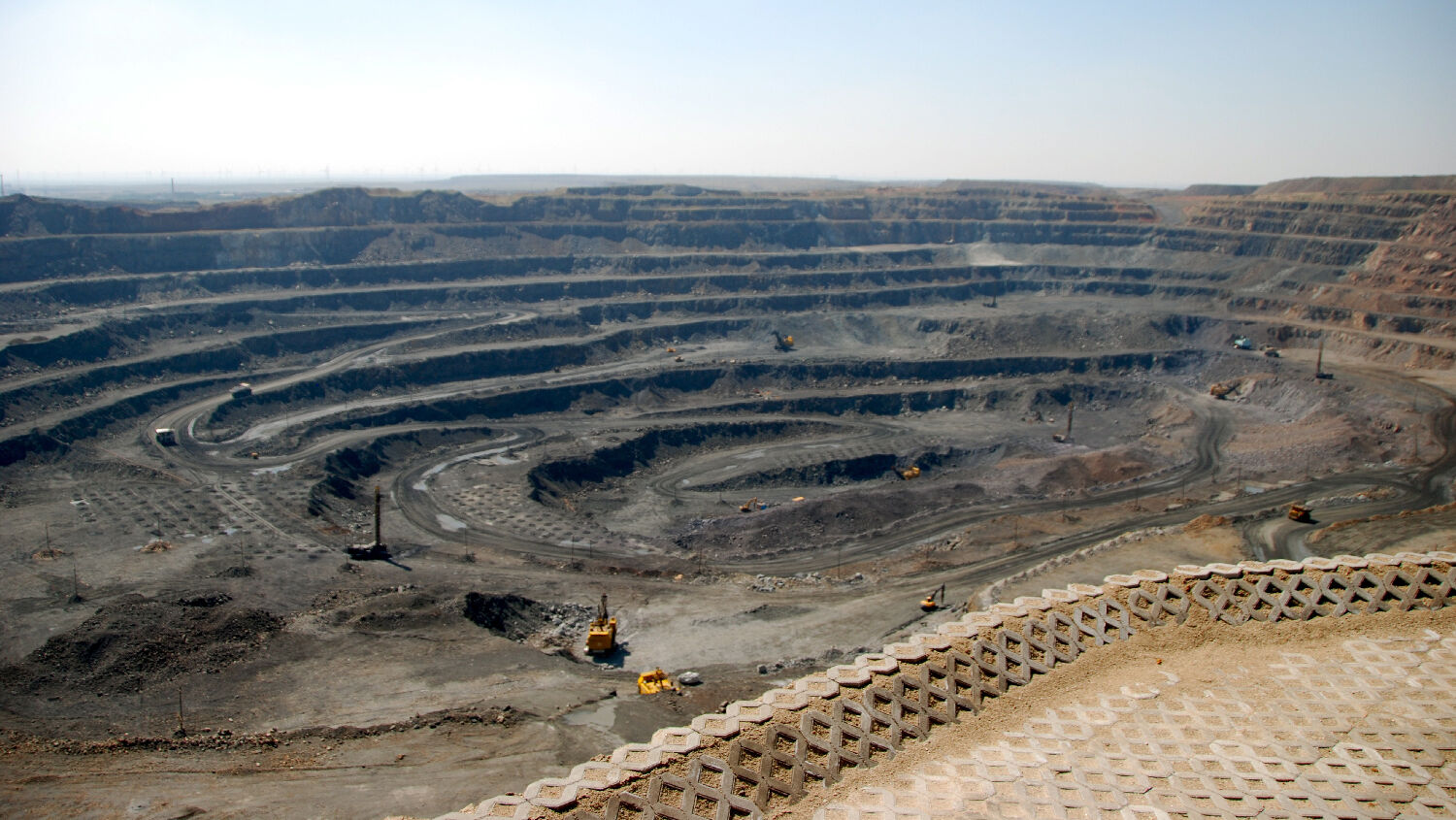 Rare earth mine in Bayan Obo, a mining town in Inner Mongolia in China
Getty Images

China’s National Development and Reform Commission, the department responsible for economic planning, indicated on May 28 that it may restrict exports of rare earth minerals to the United States as part of the ongoing trade war between the two nations.

Rare earth minerals are a group of 17 metals that the U.S. Geological Survey deems critical to the economy. They are important materials for manufacturing smartphones, cameras, ear buds, wind turbines, jet engines, lasers, missiles and missile defense, night vision devices, satellites, and the processing of crude oil into gasoline and jet fuel.

China is the world’s leading supplier of rare earth metals, accounting for 90 percent of global supply, a virtual monopoly. The U.S. imported nearly $92 million worth of these minerals in 2018.

China state media dangles threat of cutting rare earths exports to US as a trade war counter-strike, potentially depriving Washington of a key resource used in everything from smartphones to military hardware https://t.co/VqkSC1OnW6 pic.twitter.com/fzVeToZqTi

If China suddenly stopped rare earth metal exports, “[i]t would affect everything—autos, renewable energy, defense and technology,” the founding director of Adamas Intelligence, a strategic metals consultancy firm, told ForeignPolicy.com. This scenario would create large disruptions in the global economy. However, it is important to note that China is not the only nation that possesses rare earth metals. Other nations friendly to the U.S. do as well, such as Australia.

A full trade embargo on rare earth metals “would be a drastic measure that would permanently raise alarm bells in global national security circles,” Sagatom Saha, an energy policy analyst, told ScientificAmerican.com. By cutting off rare earth material exports to the U.S., China would damage its reputation as a reliable supplier, leading other nations to search for alternatives. But there is no denying that it is highly aware of how powerful this weapon would be in a trade war.

As demand for rare earth metals increases, both within China and around the world, every developed nation will be pressured to decrease dependence on China and establish new supply chains.

Although China currently dominates this field, some nations have basic infrastructure in place for extraction and processing, wrote Geopolitical Futures. A Chinese embargo would increase demand, providing incentive to start their own production. The U.S. recognizes the danger of relying almost exclusively on China for rare earth materials. In 2017, President Donald Trump issued an executive order to begin preparing American industry to mine and process minerals that are currently being imported.

Chinese President Xi Jinping added to the speculations over Chinese intentions recently when he visited a rare earth metals plant, accompanied by an aide for trade negotiations with the U.S. The visit was interpreted as symbolic of China’s willingness to use rare earth exports as leverage in trade talks with the U.S.

Xi himself called for a “new long march,” referring to the Chinese Communist Party’s temporary retreat from nationalist forces from 1934 to 1935, prior to its eventual victory in 1949. Xi has made the Long March a metaphor for China’s current position in the trade war.

State-run media is amplifying Xi’s message. Government-sponsored People’s Daily wrote that rare earth minerals could be the next “weapon” China deploys to “strike back” at the U.S. In a similar vein, a provocative anti-American video surfaced on the government-controlled platform Watermelon Video. The video included footage of cargo ships and American companies, and told Chinese citizens that “China must be prepared to fight a protracted war” with the U.S.

There is plenty of debate and government propaganda about who, if anyone, will finally win the trade war. What then is the long-term significance of Xi’s statements?

China’s threats to shut the United States out of trade are exactly what is described in Bible prophecy.

To the Israelites, the people who became today’s prosperous nations of the United States and Britain, God promised great wealth. (Request a free copy of The United States and Britain in Prophecy, by Herbert W. Armstrong, for detailed proof.) That power has been shown in America’s dominance of world trade over the past century. However, God prophesied that U.S. trade and economic strength would become besieged as a result of its sins.

The current trade war is prophesied to end with Asian and European nations drawing together to shut America out of global trade (Isaiah 23). (For a full explanation, request your free copy of Isaiah’s End-Time Vision.) The Bible foretells of an alliance between Asian economic powers, as well as European nations, which will cooperate for a short time to create an unmatched economic superpower.

Trumpet contributing editor Brad Macdonald explained this prophesied alliance and how it will come together to oppose America’s trade interests in “Trade Wars Have Begun.” He wrote:

The Prophet Isaiah forecast a massive global trade network in the end time and said it would revolve around a German-led European superstate. You can study this prophecy in Isaiah 22 and 23. In Isaiah 23:1, China is called by its ancient name, Chittim. The same verse calls the German-dominated European combine Tyre, which was a major economic power extant at the time the prophecy was written.

Whoever wins this current trade war, one thing is certain: It is another step toward the fulfillment of this prophecy. America will be besieged and eventually attacked militarily. However, as these ominous events draw closer, another, more positive prophecy is equally certain: Trends, such as China’s increasing aggression and America’s eventual expulsion from global trade, point to the imminent return of Jesus Christ.

To read more about the prophesied economic siege coming to America and other Western nations, request your free copy of Isaiah’s End-Time Vision, by Trumpet editor in chief Gerald Flurry.