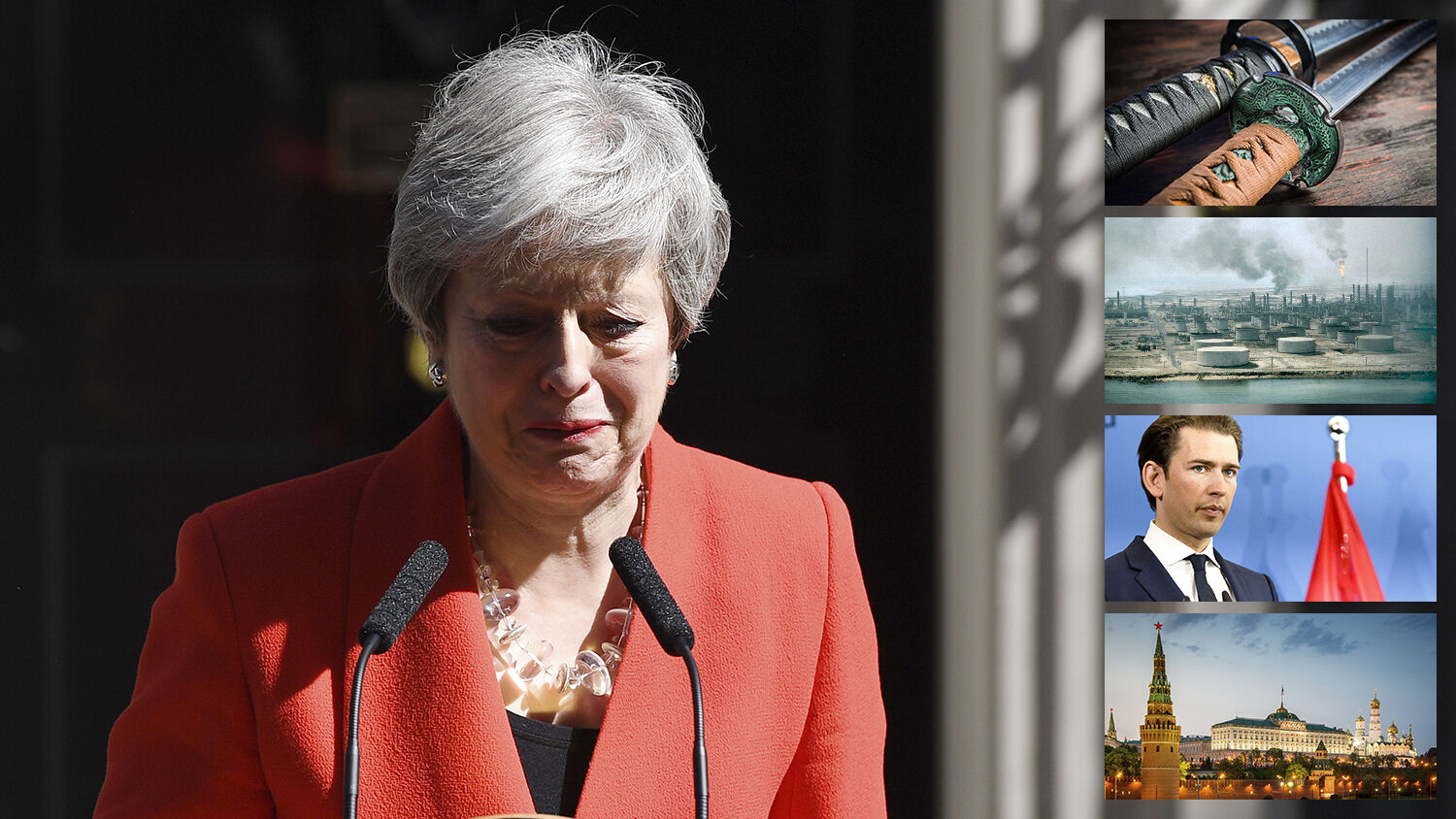 Attacks on the oil industry, sinister plots in Europe, Brexit, and more

Iranian-backed, Yemeni-based Houthi rebels are reportedly planning to attack “no fewer than 300 military and other vital targets in Saudi Arabia,” and are “capable of reducing Saudi oil exports to zero,” according to an editorial in Iran’s state-affiliated Kayhan newspaper.

Bible prophecy indicates that the vulnerability of oil could play a major role in world events very soon.

While the media at large focuses on Strache’s scandals and the political turmoil, they are missing Kurz’s politically calculated moves.

European Union nations will be holding elections for the European Parliament from May 23 to 26, and polls indicate euroskeptic parties will do well, winning up to a third of the seats.

Japanese Prime Minister Shinzō Abe said on May 17 that he is eager to work with Chinese President Xi Jinping to bring the two nations into “a new era” of cooperation.

Speaking in Tokyo with China’s top diplomat, Yang Jiechi, Abe said he is optimistic about Xi’s visit to Japan next month for the Group of 20 Summit. “With President Xi’s visit,” Abe said, “I want to further develop bilateral ties that have returned to a normal track and jointly create a new era for Japan and China.”

The Trumpet carefully watches the thaw between China and Japan because it fulfills Bible prophecy. Scripture shows that one of the main powers in the third and final world war will be a confederation of Asian nations, which Revelation 16:12 calls “the kings of the east.”

British Prime Minister Theresa May announced in an emotional statement outside of No. 10 Downing Street on Friday that she will resign as leader of the Conservative Party on June 7.

May’s resignation comes after a fourth attempt to push through her European Union exit deal failed.

When Britain voted to join the EU in 1973, Herbert. W. Armstrong wrote the following, based on Bible prophecy: “Britain is going to look back on Monday, Jan. 1, 1973, in all probability, as a most tragically historic date—a date fraught with ominous potentialities! For that date marked the United Kingdom’s entry into the European Community.”

Britain has finally realized the truth of that statement and is now trying to get out. But those ominous potentialities cannot be avoided so easily. Brexit has just brought down a prime minister, and it’s tearing Britain’s politics apart.