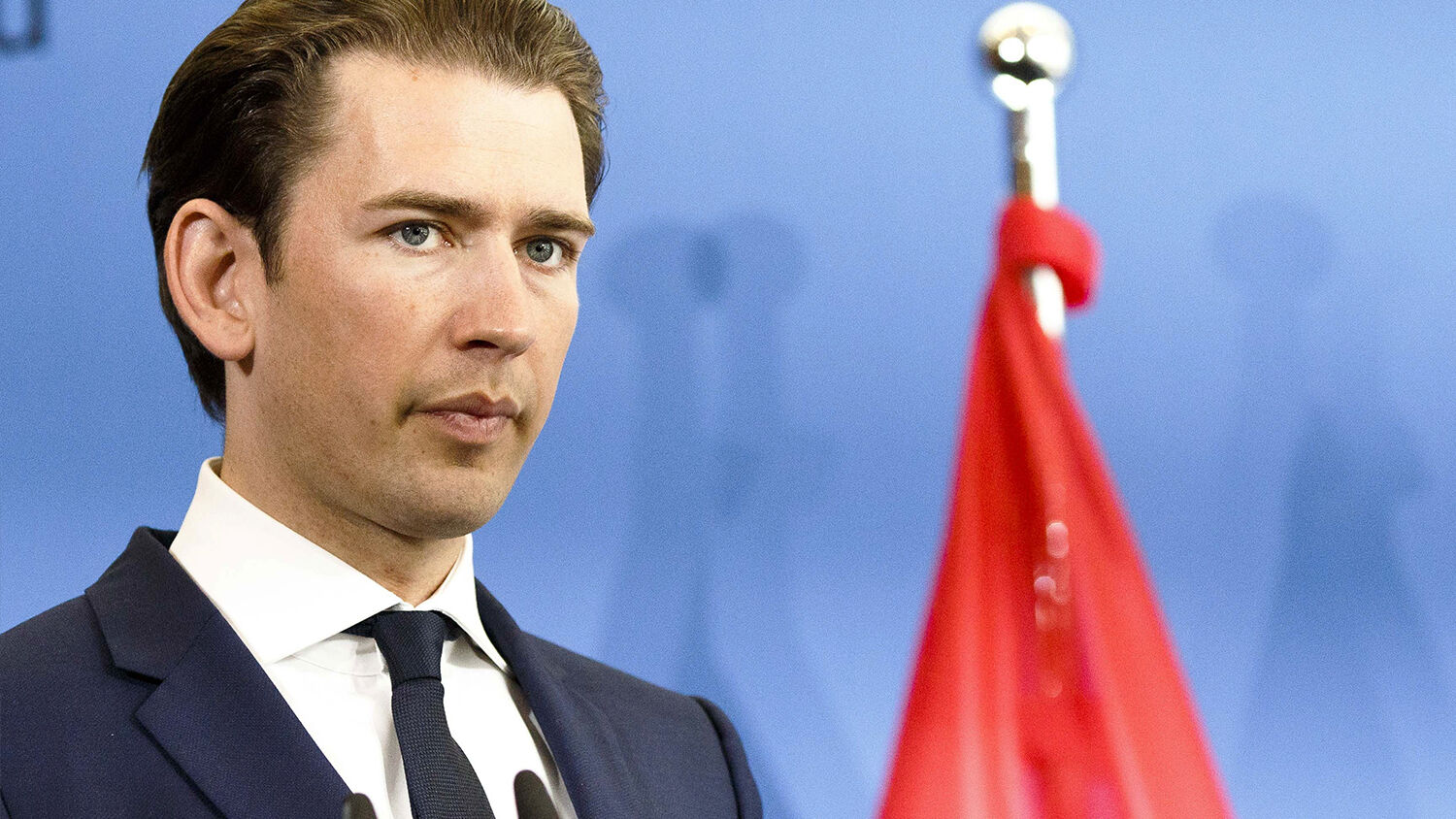 Kurz seeks to use the scandals of his coalition partner to extend his own power. Will he succeed?

Over the weekend, Austrian Chancellor Sebastian Kurz called for breaking up the nation’s governing coalition and holding new elections in September. Kurz’s decision followed the posting of a secretly recorded video that exposed Vice Chancellor Heinz-Christian Strache’s undemocratic nature. While the media at large focuses on Strache’s scandals and the political turmoil, they are missing Kurz’s politically calculated moves.

The video, published last week, features Strache at a secret meeting with a supposed Russian benefactor. Strache is seen offering government contracts in exchange for political donations. Strache didn’t know that the meeting was a trap.

The video was allegedly filmed on the Spanish island of Ibiza in July 2017.

“What we’re seeing on this video is staggering: it’s about abuse of power, and that’s serious and problematic,” Kurz said. “It’s about open offers of corruption and attacks against the free press.”

Strache called the video “a carefully planned political assassination,” since it was released just prior to elections for European Parliament.

Kurz is also coming into the crossfire, but claims that Strache’s corruption was not evident during the coalition negotiations. He sees no fault in himself for cooperating with Strache’s party.

Even prior to the video’s release, Kurz had often been criticized for entering a coalition with Austria’s Freedom Party due to its far-right agenda. The party was founded in 1956 by Anton Reinthaller, a former Nazi Germany SS officer. In 1989, Strache himself was arrested in Germany after taking part in a Hitler Youth-style neo-Nazi rally. Strache managed to characterize the alleged Nazi associations as sins of his youth, but Kurz no doubt knew what he was getting into when forming the coalition.

Kurz’s Austrian People’s Party and Stache’s Freedom Party have governed together for 17 months. During this time, Kurz has been able to strengthen his power and reputation internationally and domestically. The video scandal has terminated the coalition and could possibly endanger Kurz’s chancellorship. But if disappointed Freedom Party voters switch to Kurz’s party or don’t vote at all, Kurz may actually be able to use the turmoil to expand his power.

Kurz is showing no mercy for his former coalition partner. In statements to the press, he has called for resignations and further investigations.

Following Strache’s resignation, Kurz advised Austria’s president to fire Interior Minister Herbert Kickl, who was Strache’s secretary general during the time of the video. While a chancellor has the right to suggest the ousting of ministers, Kurz is the first to make use of that right.

Kurz knew that his demand to fire Kickl would likely result in the Freedom Party’s withdrawal of all its ministers from the government. He was willing to take the risk. As expected, they withdrew. Following their withdrawal, he announced that the vacant ministries would be filled with “experts or senior government officials” until the elections in September.

If Kurz’s plan succeeds, he not only will retain the chancellorship but also unburden himself from a scandalous coalition partner. He likely figures this is worth the Freedom Party feeling betrayed. It has accused him of “obsession with power.”

A no-confidence vote has been called for, which will take place this coming Monday, the day after European Parliament elections. Confidence is something Kurz is not lacking in: We will see how many of his fellow politicians agree.

This is not the first time that Kurz has made bold moves to strengthen his power.

In May 2017, the People’s Party was struggling and its leader resigned. The party approached the young political phenom, but he declined, at first. He gave the party two options: accept him as a leader with unprecedented authority, or go into the next election without a clear leader. The party submitted to Kurz and accepted his conditions. Following his power grab, he immediately ended the party’s existing coalition with the Social Democrats and called for reelections. The strategy ultimately ended in him becoming the youngest chancellor in Austrian history.

A Prophecy of Dictators

While Austria and Europe may sigh in relief as Austria’s far-right leaves office, a far more serious trend is unfolding before our eyes. Bible prophecy reveals that the real danger lies in the rise of strongmen who gain authoritarian power in Europe. The Bible calls these leaders “kings,” and the fate of Europe lies in their hands.

A prophecy in Revelation 17 describes these 10 kings rising in Europe: “And the ten horns which thou sawest are ten kings, which have received no kingdom as yet; but receive power as kings one hour with the beast. These have one mind, and shall give their power and strength unto the beast” (verses 12-13).

These are not normal heads of state. The Bible calls them “kings”—not because of royal lineage, necessarily, but because they act like kings and are admired for it. The late Herbert W. Armstrong, editor in chief of the Plain Truth, taught that these “kings” would rule as dictators. The Trumpet has watched for the rise of these kings and has expected one to rise in Austria.

But these kings alone will not able to rally all Europe behind them to solve its crises. The Bible shows that one overarching “king” will lead them all. Trumpet editor in chief Gerald Flurry explained:

Revelation 17 reveals that these 10 kings are of “one mind.” The two things they have in common are that they rule Europe with power and cooperate with the Catholic Church. Read “Austria’s New King” to learn more about how Kurz fits the description of these prophesied kings.

Kurz is demonstrating leadership that Austria hasn’t seen for decades. He is willing to take great risks to gain great power. He has already made great strides in transforming Austria with his coalition with the Freedom Party. But now he has gained enough power to move on without his coalition partner. Kurz is backed by the Catholic Church and powerful leaders in Germany. Therefore we expect that Kurz will also lead Austria in the future.

You can learn more about where Kurz’s leadership will lead Europe in “The Holy Roman Empire Goes Public—Big Time!” by Gerald Flurry. Also request a free copy of Who or What Is the Prophetic Beast? by Herbert W. Armstrong to fully understand why the Trumpet watches the rise of dictators. Mr. Armstrong’s booklet is a must-read for anyone who wants to understand European politics and the future. What’s more, Who or What Is the Prophetic Beast? gives the hope needed to endure the coming time of worldwide suffering.