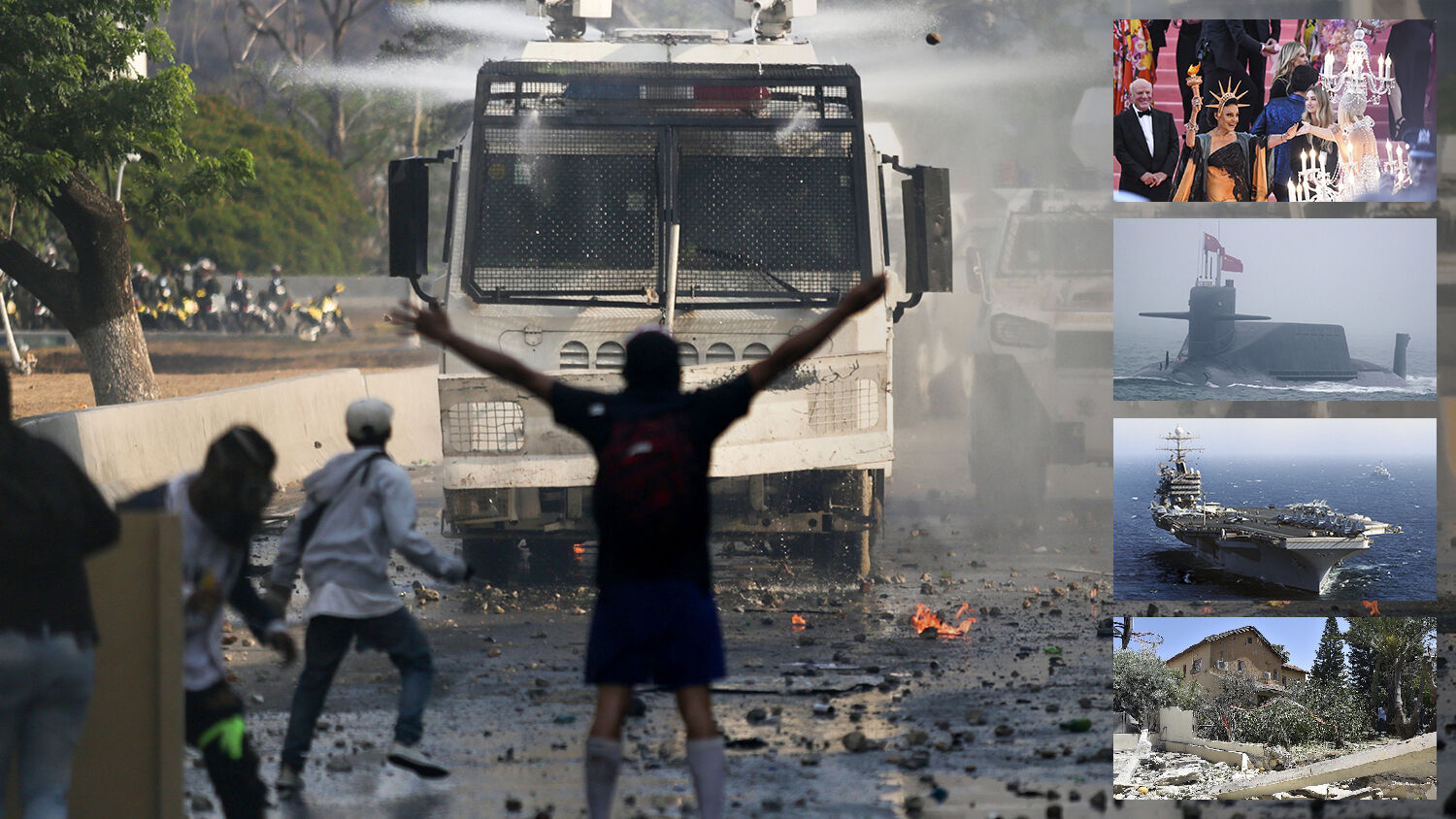 Six hundred ninety rockets or mortars were fired from the Gaza Strip last weekend, marking the most serious uptick of violence in the past four years. Some of the projectiles that were not intercepted by Israel’s Iron Dome Aerial Defense System hit populated centers in the south, killing four civilians and wounding dozens more.

Click here for Trumpet Middle East correspondent Brent Nagtegaal’s firsthand account of this latest crisis—and for an explanation about how God, not Israel, will ultimately solve the Gaza crisis.

It’s easy to ignore the Met Gala, with all its extravagance and absurdity, as an anomaly: a marginal event for a fringe minority. But this view overlooks a larger lesson.

The spirit of the Met Gala is rank materialism, lawless creativity, epic vanity and chronic perversion. And it courses like a raging river through Western culture. The event is valuable as a window into America’s soul. It actually celebrates and epitomizes a way of thinking, a lifestyle, practiced by celebrities and commoners alike. It is, in many respects, a glimpse of the future.

This shallow, gaudy, selfish Met Gala lifestyle ends in pain, suffering and ruin, as both history and the Bible document! Have no part in it!

Ties between Russia and the United States have worsened since Russia annexed part of Ukraine in 2014. Now it is making a play in America’s hemisphere by supporting an anti-American regime in Venezuela.

Russia claims it sent nuclear-capable strategic bombers to Venezuela. U.S. Rep. Mario Díaz-Balart has suggested that Russia may have already installed nuclear missiles in Venezuela, like its attempt to install nuclear missiles in Cuba in 1962. While no proof of such a development exists, Russia does have the missiles and the political connections in Venezuela to make this frightening, prophetic scenario a reality.

The Chinese Navy is quickly building one of the world’s strongest submarine fleets, which now includes a credible sea-based nuclear deterrent, according to a May 2 report by the United States Department of Defense.

China’s People’s Liberation Army Navy is “an increasingly modern and flexible force,” the report says, and modernizing its submarine fleet is a “high priority” for China. The Navy now possesses 50 conventional attack submarines and 12 nuclear models, six of which are the Type 094 models that can carry 12 JL-2 nuclear ballistic missiles. The report says the Type 094 is “China’s first credible, sea-based nuclear deterrent.”

This means China is now among the few nations that can launch nuclear strikes from under the waves, joining France, India, Russia, the United Kingdom and the United States.

Using Bible prophecy as his basis, Trumpet editor in chief Gerald Flurry wrote in the July 2016 Trumpet issue that China’s increasing naval might—in the South China Sea and beyond—demonstrates that “China is steering the world toward war.” He wrote that China is challenging “seven decades of American naval dominance in the Pacific Rim.” This trend “should alarm the world!”

“In response to a number of troubling and escalatory indications and warnings, the United States is deploying the uss Abraham Lincoln Carrier Strike Group and a bomber task force to the U.S. Central Command region to send a clear and unmistakable message to the Iranian regime that any attack on United States interests or on those of our allies will be met with unrelenting force.”

That was part of a statement from United States National Security Adviser John Bolton on May 5.

The New York Times, Politico and BuzzFeed would have their readers believe there is no current threat to American forces in the region, and that it is not Iran but the U.S. that is the aggressor in the Middle East.

The truth is a matter of life and death.