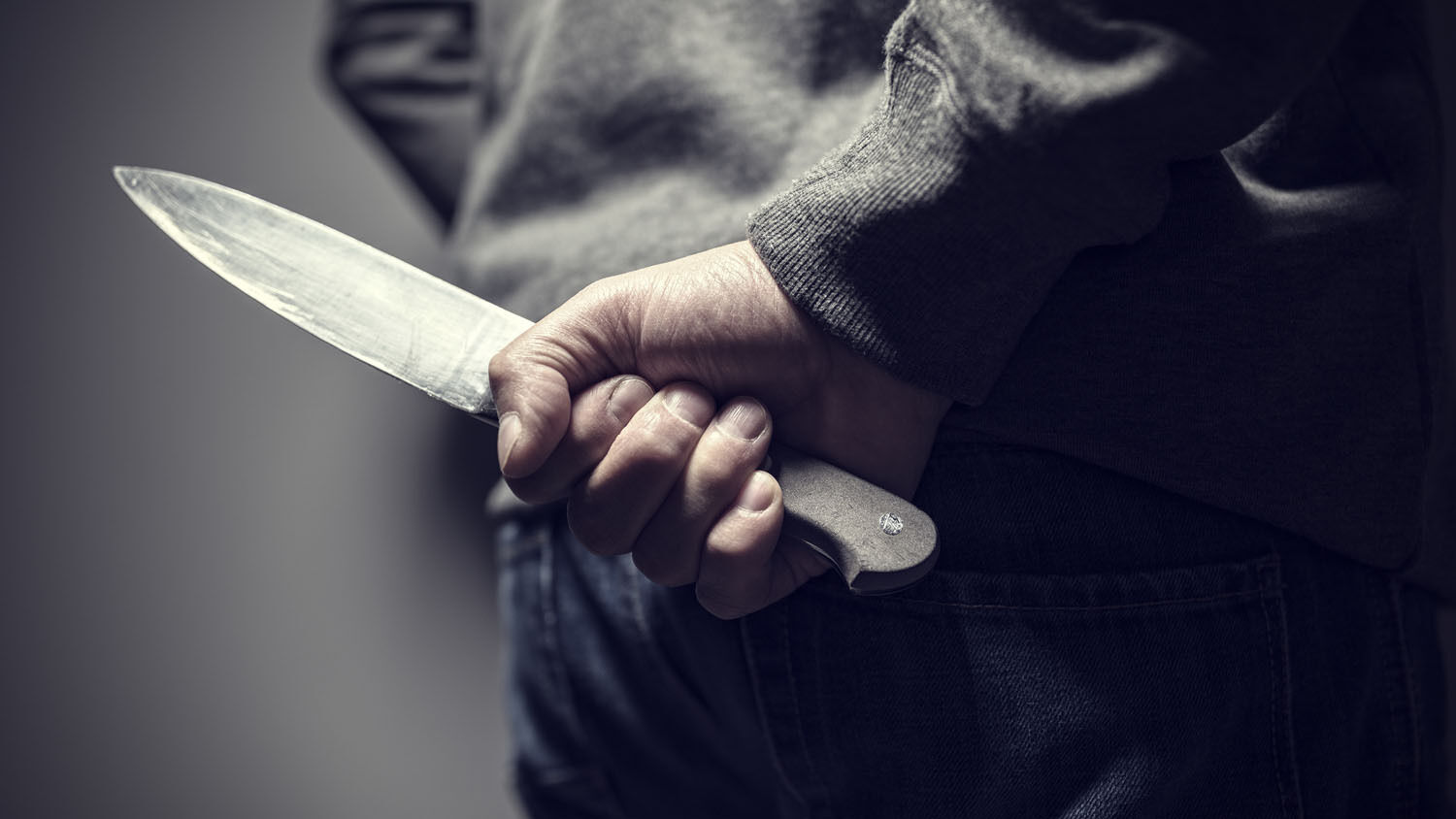 The solution to Britain’s most deadly year of knife crimes is simpler than most realize.

Knifings killed more people in Britain from March 2017 to March 2018 than any previous one-year period on record. Kim Hjelmgaard reported for usa Today that 285 people in England and Wales were killed by knife-wielding attackers.

Britain’s Office for National Statistics released a crime report on April 25 declaring that police in England and Wales recorded nearly 41,000 crimes involving knives or “sharp instruments” in 2018. Including data from Greater Manchester Police, which had previously recorded knife-related crimes differently, the number of 2018 knife crimes in England and Wales was almost 45,000.

The report also states that 39 percent of British homicides in 2018 resulted from stabbings, more than from any other cause.

British politicians, parents, police and others are searching urgently for ways to curb the violence. Prime Minister Theresa May called youth violence a “cancer.” Prince Charles referred to knife crime as a “pervasive horror.”

The problem is clear. The solution is elusive.

Several schools in south London are trying to stop the violence by making it harder for students to bring knives onto school grounds. In the boroughs of Lambeth, Wandsworth and Merton, police have set up temporary metal detectors, or “knife arches.”

Speaking of this new measure, chief superintendent for Southwest London Sally Benatar said at the end of April that use of the metal detectors would be enforced for two weeks. “We prioritize effective safeguarding,” she said, “and our school’s officers are working hard to protect and educate our young people in the dangers of carrying knives.”

Attempted solutions go further than school areas. For weeks, police have had extended ability to stop and search individuals for weapons, even without reasonable suspicion. Benatar called these stop-and-search tactics “one of our most effective means of taking dangerous weapons off the street.”

The prime minister promotes these enhanced police powers, but she has acknowledged that knife crime cannot be solved by these means alone. “We cannot simply arrest ourselves out of this problem,” she said. And she is right.

Still, a lasting solution has not been seriously considered. John Apter, national chair of the Police Federation of England and Wales, has suggested that more investment into the problem is needed. “The only way that something positive will come out of it is if there’s a genuine investment—not just a few million pounds, this is going to cost many, many millions of pounds, to even think about putting it right.”

Apter went on to criticize Ms. May’s low-cost policies, saying, “What she’s done to policing is unforgivable and she’s now seeing the impact of that.”

Will throwing more money at this deadly issue really fix it? Will a heavier police presence stop people from feeling the need to carry some sort of weapon to either hurt others or simply defend themselves? Will metal detectors dissuade a population that has reached record levels of knife crime?

Taking knives off the street may have limited, temporary success, but it is dealing with an effect, not the cause. These multifarious knife laws don’t stop people from using some other weapon, like acid. The solutions proposed so far fail to address the human nature behind such crimes.

Managing editor of theTrumpet.com Brad Macdonald wrote about this crisis in his article “Solving Britain’s Knife Crime Crisis.” “At its core,” he wrote, “these crimes are the product of an immature, deeply selfish, undisciplined mind.”

For such minds to be changed, there must be a solution that reaches far deeper than governmental legislation. It is not knives that need to be taken away, but the motivation behind knife crimes.

How can this be done?

Only through proper education—from the beginning of childhood on through adulthood—can a person be taught the intrinsic and necessary values that drive away such violent behavior.

This kind of education cannot just come from schools. To be effective, it must be taught in the home!

Ultimately, the job of teaching children discipline and respect for law, of raising children to be responsible members of society, of teaching young people to control their emotions, is a parental responsibility. Doesn’t this mean then that Britain’s knife crime crisis is really a result of family breakdown?

In Britain, more than 40 percent of marriages end in divorce. Many couples simply don’t get married. More than 16 percent of couples living together are unmarried; this is the fastest-growing type of “family” in the country. Meanwhile, 25 percent of British families are single-parent families. More than 90 percent of these single parents are women.

The official statistics are much worse for black families. They clearly show that black children in Britain are significantly more likely to grow up in single-parent homes. The missing parent is nearly always the father. We don’t have the empirical evidence, but circumstantial evidence shows that fatherlessness is the one factor these young criminals have in common.

Dr. Tony Sewell is an educational consultant and the ceo of Generating Genius, a charity that helps disaffected young people attend university. He has studied knife crime in Britain and has spoken with many of the young perpetrators, writing about it in the Telegraph and the Guardian. His Aug. 29, 2018, article on the subject is brave, powerful and all too rare.

“… I wanted to know why this issue excessively affects a particular community,” he wrote. “Every boy said that their problems started when their fathers left the home, while others were haunted by the father they never knew. This was also the reality of most of the boys they lived alongside” (emphasis added).

The role of fatherlessness has been mentioned here and there recently, but no one has put it front and center like Dr. Sewell has. Fatherlessness and family breakdown simply aren’t being considered or discussed in any depth or detail.

Yet this is the key reason these boys make the immature, selfishly motivated, undisciplined, violent decision to knife another human!

Notice this shocking statement from Dr. Sewell: “Policymakers and politicians in the UK will not touch this area [fatherlessness]. Even sociologists, who should know better, have run to the mantra of institutional racism to explain the realities of black family breakdown. When I have talked about this issue, I have been accused of ‘blaming the victim’ or ‘letting white people off the hook.’”

Why the refusal to broach this subject? It’s simple really: Because addressing the problem of fatherlessness—and the breakdown of the family in general—will expose the institutionalized contempt Britain’s politicians, intellectuals and cultural influencers have for traditional marriage and family!

Upside-down families—and specifically fatherlessness—are a huge part of the cause! This is what must be addressed in order for Britain to have a chance at solving its knife crimes.

But as Mr. Macdonald says, the policymakers will hardly broach the subject because it goes against their claims that any family situation is a fine one. Father and mother, single parent, two fathers, two mothers, married or unmarried—it has no effect on the outcome of the child, they say.

The book of Hosea describes the results of such thinking: “By swearing, and lying, and killing, and stealing, and committing adultery, they break out, and blood toucheth blood” (Hosea 4:2). Isn’t that exactly what we see on the streets of Britain?

“Blood touches blood” as Britain experiences more stabbing deaths on its streets than ever.

Britain is reaping the results of the upside-down families that it promotes. Hosea is a book for this end time, addressed to the modern nations of ancient Israel—specifically Ephraim. Read our free book The United States and Britain in Prophecy, by Herbert W. Armstrong, to prove that “Ephraim” in Bible prophecy refers to Britain.

In Hosea, God admonishes the people of Israel—of Britain—to repent of their sins and return to Him. “[T]here is no savior beside me. … O Israel, thou hast destroyed thyself; but in me is thine help” (Hosea 13:4, 9). That is the only way for Britain to solve its ever worsening knife-crime epidemic.

The family, which is the foundation of any society, must be restored to its God-ordained institution. Through godly families, the children who will grow up to be our civilizations’ leaders and citizens will be taught to love their fellow man and to obey the commandments of God. This is what will bring a peaceful, safe and prosperous society.

For more understanding of what family means in the Bible, read our free booklet The God Family Vision, by Trumpet editor in chief Gerald Flurry.

Request your free copy of Child Rearing With Vision to learn how godly parents bring up children to be morally upright and productive members of society.