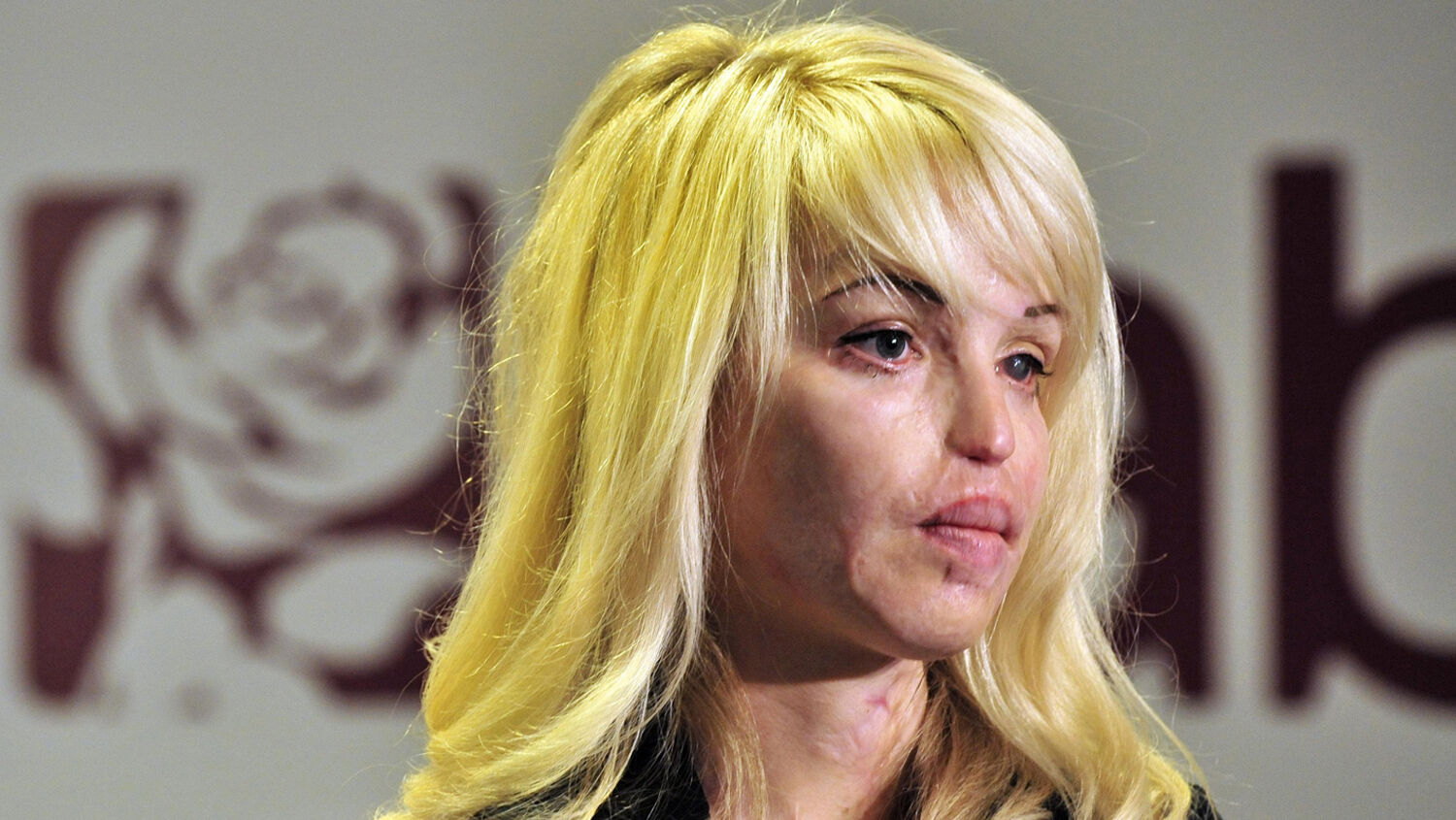 Jabed Hussain, a delivery driver for UberEATS in London, was on his way home. He stopped his moped at a set of traffic lights, and another motorbike pulled up next to him. Suddenly, one of the riders threw what seemed to be water onto him. Except it burned.

As he screamed in pain, the attackers stole his moped and drove away.

“I had never felt anything like it before. It was like fire on my face, extreme fire,” he said. “I think most of the acid, at least half, hit my helmet and trickled down, but some of it came through to my visor, onto my face and reached my lip.”

About 25 minutes later, only a few miles away, a 44-year old man was also ambushed on his moped. Once again, attackers threw acid onto his face. This time they were unsuccessful at stealing his moped and rode away empty-handed.

Fifteen minutes later, another moped rider was attacked in the popular nighttime Shoreditch High Street. The 52-year-old victim had ammonia poured on his face. Again, he fought off the attackers, and a quick-thinking pub worker poured vinegar on his face to help save him from the effects of the ammonia.

Another 13 minutes, and another victim: A 24-year-old was attacked and sustained what police called “life-changing” injuries in another unsuccessful attempt to steal his moped.

The final attack came 20 minutes later. Attackers poured a corrosive liquid onto the face of a 33-year-old man and stole his moped.

Welcome to an evening in London, where acid attacks are exploding. In this case, a pair of teenagers are believed to be behind all five of these attacks.

In 2016, the number of acid attacks was almost double the level of the previous year: There were 261 attacks in 2015 and 454 attacks in 2016. Jaf Shah, executive director of Acid Survivors Trust International, says that acid attacks are underreported. Many victims fear that they will become a target again if they report their attacker to the police.

Technically, these weapons are “corrosive liquids” (some of them, like ammonia, are not actually acids), but they are generally referred to as “acid attacks.”

It has become so common that the Metropolitan Police has said it will start carrying acid kits in squad cars in order to more rapidly help victims.

Acid attacks are very rarely fatal, but their effects are lifelong. The victims faces are often permanently disfigured. If the acid gets into their eyes, they can be blinded. If they swallow any, or if it goes into their nostrils, they can be left unable to breathe or eat without medical help.

Katie Piper, a victim who has set up a foundation to help others, put it this way: “For acid attack survivors, the aftermath is a life sentence.” After undergoing more than 250 operations, she will continue to need therapy and operations for the rest of her life.

“When it touches your face, your face feels like it’s going flat because it’s actually sort of disintegrating,” one victim told npr. “And I could just feel my skin just ripping away.”

Across the world, acid attacks have become increasingly common as revenge attacks on women. Spurned lovers trying to ruin forever the looks of the woman they once claimed they loved. Corrosive liquids are also used as part of “honor” crimes—an attempt to permanently scar the (usually female) victim. But in the United Kingdom, the trend is different. Eighty percent of victims are male. Why?

In the UK, acid serves a completely different purpose. Police are cracking down on guns and even knives, so criminals are turning to corrosive substances as an alternative.

Attacks on delivery drivers have become so common that they held a protest outside Parliament on July 18 to ask authorities to do more to stop them. “We are not safe to deliver food at your doors,” read one protester’s sign. Delivery drivers now refuse to travel in some parts of London out of fear of being scarred for life. Others refuse to work after 8 p.m.

Members of Parliament have debated tougher sentences as an attempt to reduce the number of acid attacks.

In the United Kingdom, being caught carrying a gun carries a minimum sentence of five years in jail. Guns are not impossible to obtain in Britain, but they are far harder to come by than in many other countries. So criminals turned to knives. In response, Britain passed some of the strictest knife laws in the world: Except for certain smaller knives, it is illegal to carry a knife without a good reason.

The most recent statistics show that crime is still growing: Gun crime is up nearly 50 percent in London compared to last year, and knife crime is up by a quarter. But some criminals are now turning to acid.

There are no laws against carrying around bottles of liquid, and they can pass through any metal detector. Someone caught with a knife can be prosecuted, even if he has not carried out an attack. But it’s hard to jail someone caught carrying a bottle of bleach—even if police suspect they intend to attack someone.

Corrosive liquid is also easy to buy. Bleach is available in the supermarket. Highly concentrated sulphuric acid is available at hardware stores, in the form of drain cleaner. If the criminals pay by cash, they are virtually untraceable.

It is also easy to use corrosive liquids to attack many people at once. On April 17, 20 people suffered chemical burns after they were attacked with a corrosive liquid at a nightclub. Two were left blind in one eye.

The upswing in acid attacks demonstrates the flawed approach of Britain’s policing.

In cracking down on guns and knives, authorities are targeting effects. They are not solving or even facing the cause of the problem—the reason so many young people are turning to crime in the first place.

Treating the effect can produce short-term results. But it must never be mistaken for a permanent solution.

We see this in the standard response to all kinds of violent threats. It is harder for terrorists to get guns and explosives, so they turn to knives and trucks.

Authorities are left playing whack-a-mole. Crack down on one weapon and criminals and terrorists switch to another. And there’s no end of everyday objects that can be used as weapons.

To really solve its crime epidemic, Britain must look deeper than merely the weapon used. It has to look at why so many are criminals.

As Andrew Miiller wrote in the July issue of the Trumpet magazine, family breakdown is a major cause of young people turning to crime:

For more of the statistical evidence behind this connection, see our infographic from the July issue.

Fixing families is hard—in fact, almost everything the government does helps destroy them. It also means working in education and schools. As Miiller pointed out, it gets back to personal morality.

It’s much easier to introduce more restrictions on who can buy drain cleaner. This may help in the short term. But it’s no solution to London’s epidemic of violent crime.

The outbreak of acid attackers does more than expose problems with Britain’s society. It exposes the problem with the way we solve problems.

To really deal with this, Britain needs to examine its cause. It needs to fix education, family and personal morality. That’s not something that it can do easily, but the problems won’t let up until it does.

For more on the only real, lasting solution, read Andrew Miiller’s article “Why Moral Decline Matters.”