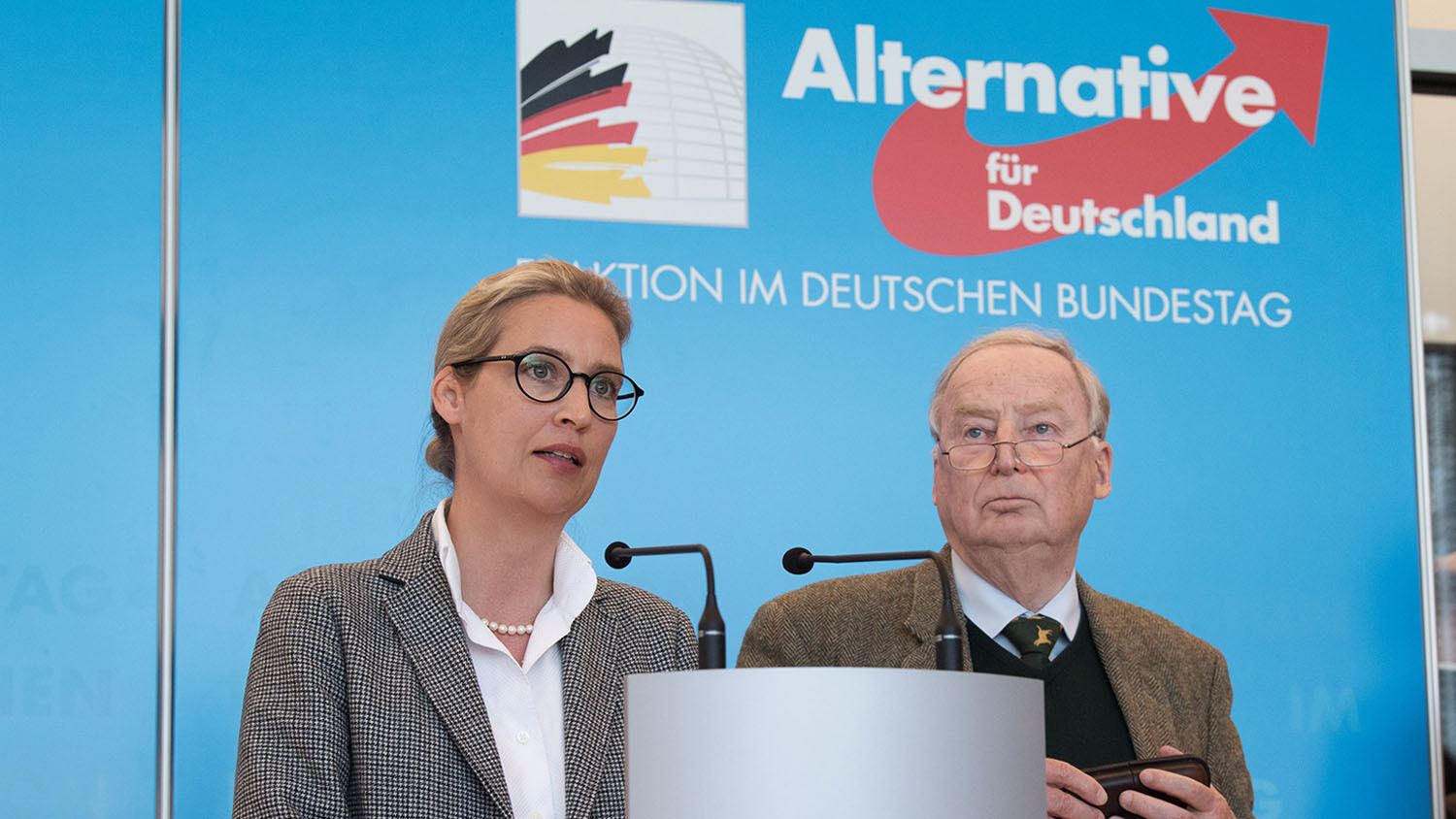 The far-right Alternative für Deutschland (AfD) is now the most popular party in East Germany, according to recent polls. If the trend continues, AfD will win throughout the east in state elections this autumn, which could push Chancellor Angela Merkel out of office sooner rather than later.

A YouGov poll on behalf of German newspaper Bild am Sonntag found that the AfD has the support of 23 percent of voters in the East, while Merkel’s Christian Democratic Union (cdu) is polling at 22 percent. This is the opposite of 2017 state elections, when the AfD came in second at 22 percent in the East, right behind the cdu.

Other fringe parties are increasing their share of votes too. The Greens party has achieved a notable rise in support, from 5 percent to 12 percent in just 18 months.

Support for the mainstream cdu has been collapsing lately, as the poll shows. Some cdu members have stated that they are open to forming a coalition with the AfD. If this occurs, it will be the first time that a party classified as far right has entered the government since 1945, according to the Times.

The AfD will likely win three former East German states: Thuringia, Brandenburg and Saxony. If AfD wins even one of these states, it will deal a severe blow to Merkel, who is approaching the end of her chancellorship. Any more victories for the AfD will hasten her demise. It is possible that Merkel’s impending departure could see the cdu swing to the right. Max Otte, an economist and prominent cdu member, anticipated this when he observed that the cdu should return to its conservative heritage in order to win more votes.

A rebranding of the cdu may soon be necessary. In terms of national votes, the cdu is polling at its lowest level so far this year, at only 28 percent. One reason is that Germans view cdu party leader Annegret Kramp-Karrenbauer, who succeeded Merkel, as a “mini-Merkel” who represents more of the same. The AfD has failed to make gains in West Germany on the same level as it has in the East, but if the cdu begins to shift right, as Otte recommends, all of mainstream German politics may shift right.

According to the Times, the AfD is successful because it appeals to the demographic of Germans who feel left behind. East German states still suffer from the legacy of a divided Germany before the fall of the Berlin Wall; more people in East Germany battle economic disadvantages compared to those in the West. East Germany also aligns more closely with the AfD’s stance on migration and has consistently allowed fewer immigrants than the Western states.

Germans are increasingly tired of Merkel’s policies. As one of the longest chancellorships in German history draws to a close, they are looking for change. The rise of the AfD attests to the fact that many believe one of Merkel’s biggest mistakes has been her policy on refugees and how they are integrated into society.

Considering postwar German history, it is easy to assume that we will see more of the same gentle leadership that Merkel has demonstrated. However, one authoritative source says that Germany, Europe and the world are in for a shocking and sudden change.

Your Bible prophesies of a dramatic change in German leadership—a change that Germans yearn for, as seen in the polls today. The Prophet Daniel wrote for the “time of the end,” the time we live in today (Daniel 12:9). He described the leader of the end-time “king of the north,” German-led Europe, as “a king of fierce countenance” (Daniel 11:40; 8:23). Trumpet editor in chief Gerald Flurry explains this scripture in his booklet A Strong German Leader Is Imminent:

The increasing confusion we see today in German politics, with fringe parties and weak coalitions becoming more and more commonplace, is leading to exactly what the Bible has predicted: a strong leader who will take charge and address the concerns Germans have, concerns about their future and their security. This leader is prophesied to resurrect the violent Holy Roman Empire, bringing war and destruction on the entire world. “[B]y peace [he] shall destroy many” (Daniel 8:25), even to the point of trying to fight Jesus Christ at His return!

Notice, however, what verse 25 says will happen next: “he shall also stand up against the Prince of princes; but he shall be broken without hand.” Jesus Christ will put an end to this “king” and his conquering empire, and He will establish God’s government over the world. Then, all Germans, Europeans and the entire world will finally be able to live in peace.

To understand the changes coming to German leadership, and how they will affect you personally, request your free copies of A Strong German Leader Is Imminent and The Holy Roman Empire in Prophecy.