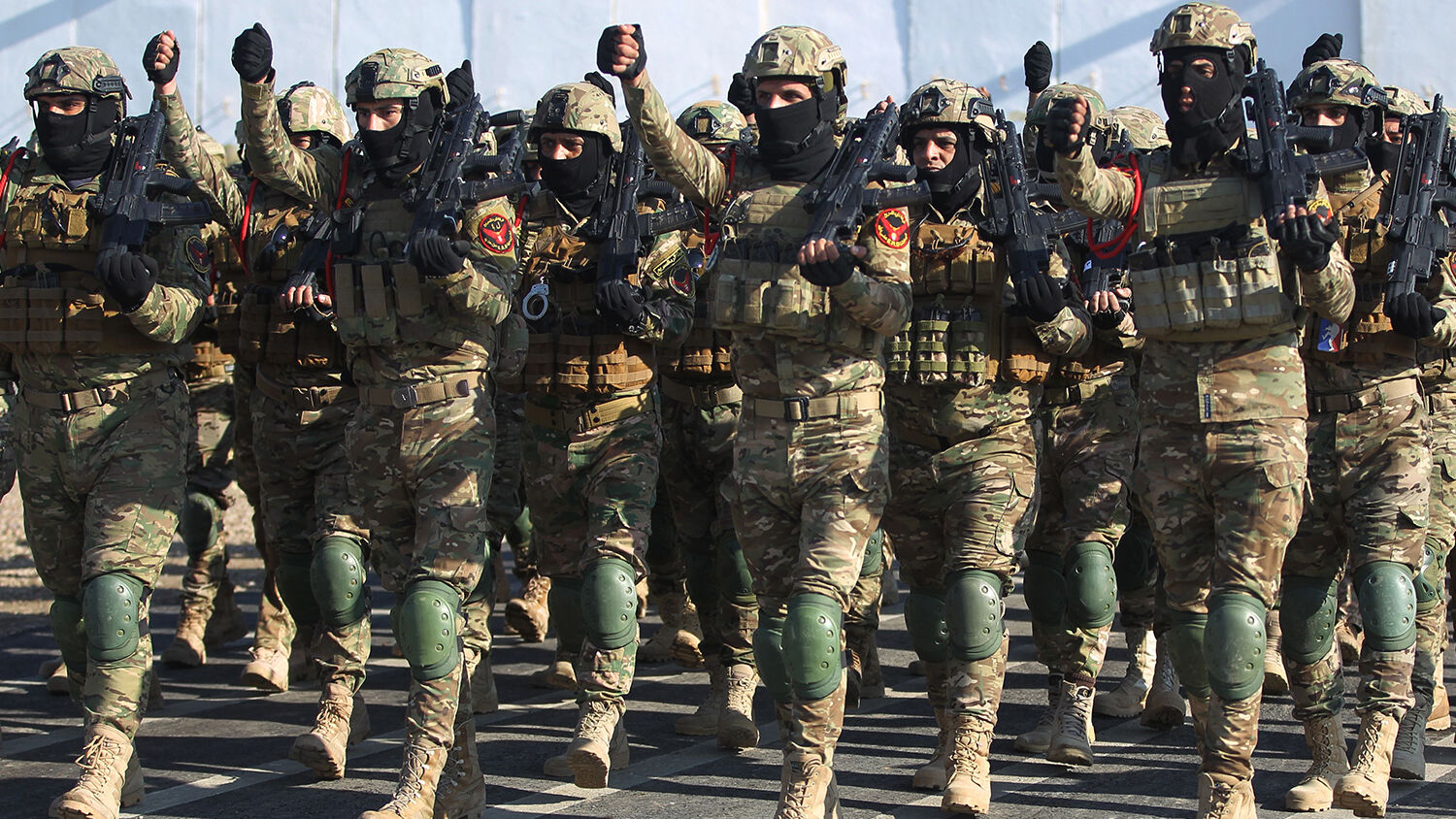 Not controlled by Baghdad, Iraqi troops flood into Iran to help with disaster relief.

Western Iran is in its third week of grievous flooding. Coming to its aid, from across the Iraqi border, are terrorists turned Iraqi troops, turned Red Crescent aid workers. They answer not to the elected government in Baghdad but to Iran’s ayatollah.

It appears these Iraqi militias responded to the request of Maj. Gen. Qassem Suleimani, commander of the irgc Quds Force. Suleimani, who reports directly to Iranian Supreme Leader Ayatollah Ali Khamenei, has been Iran’s instrument in bringing Iraq under Iran’s control. He usually oversees all irgc operations outside the country, but on April 5, the irgc announced that he will be overseeing the relief efforts over the next month.

However, these Shiite fighters from Iraq acted without permission from the Iraqi government. In fact, the government didn’t even know these forces were leaving the country. That is because Iran controls much of the pmu, even though it is now part of the Iraqi military.

Some Iraqi leaders were upset that the Iraqi soldiers were helping in Iran, while Iraq itself suffers from the same flooding. “Since there are those who have provided relief to affected areas in Iran, it is our duty to intensify our efforts to provide relief to our people in Iraq,” Sadrist Movement leader Muqtada al-Sadr said on Twitter, adding that “Iraqis come first.”

How did this Iranian takeover of part of the Iraqi Army happen?

In his free booklet The King of South, Trumpet editor in chief Gerald Flurry writes:

The U.S.’s removal of Saddam Hussein in 2003 opened the way for Iran to heavily infiltrate Iraq, providing armaments, financing and training to Shiite militias [pmu], sending thousands of operatives into the country and establishing economic ties with it. Moreover, the most powerful political party in Iraq is allied with Tehran. This could be a decisive factor in causing Iraq to fall under Iran’s control.

This happened in 2014 when the Islamic State suddenly emerged from the shadows and began controlling entire cities and banks. Iran sent many of its highly trained officers into Iraq to train these various Shiite militias that were completely separate from the Iraqi government.

Hirsh Goodman, former vice president of the Jerusalem Post, writes in The Anatomy of Israel’s Survival: “The soldiers themselves may not be Iranian, though Iranian advisers were always there to help. Still, many of the men and all the senior commanders of these units have been trained in Iran.”

Many of these Iraqi Shiite militias were backed by Iran, or even led by Suleimani himself, during Iraq’s war against the Islamic State. Since the Islamic State has largely been defeated, many of these pmu militiamen have either joined the Iraqi military or become politicians and helped form the Fatah Alliance in 2018, the second-largest political wing in Iraq’s parliament, which is also heavily controlled by Iran. Because of this history, these same militias retain their loyalty to Iran—in their view, without Iran’s support, Iraq would have been conquered by the Islamic State. Abu Mahdi al-Muhandis, head of the Shaabi pmu militia, said that “the Iraqi people will never forget Iran’s support during their fight against Daesh [the Islamic State] and will side with the flood-affected people till the situation is normalized.”

Iran has hundreds of thousands of military personnel, so why invite foreign paramilitary groups and alleged terrorists to help? Reports indicate that the terrorist militias are not there simply to provide aid, but also to help deter rebellion.

Iran not only has significant control of parts of Iraq’s military and politics, but it also has considerable control of its various terrorist proxies throughout the region.

“Modern Islamic movements don’t believe in schools of jurisprudence,” stated Hassan al-Turabi, a radical jihadist nicknamed “the Islamic Pope,” in 1994. “[T]hey don’t define themselves as Shia, or Sunni, or of this Sufi order of that Sufi order.” In other words, they are simply classified as radical Islamic terrorists. Though the U.S. does not officially recognize the pmu as a terrorist organization, many know Iran is heavily involved in it. Michael Ledeen writes in The Iranian Time Bomb, “Iran says it wants stability in Iraq, but it isn’t so; the mullahcracy supports the terrorists.”

Iran virtually controls Iraq and several regional proxies. Mr. Flurry writes in The King of the South that Iran is “the king over radical Islam.” He states: “Since the early 1990s, we have believed and taught that Iran would lead the radical Islamist world and be the king of the south. Today, Iran is ‘king’ in the Middle East.”

How could the Trumpet know this nearly three decades ago? It is because our forecast is based on Bible prophecy. Daniel 11 foretold of a mighty “king of the south” that would rise up in the last days before the return of Jesus Christ and “push” its power, influence and terror throughout the Middle East and eventually against Europe. Iran’s control of radical terrorist organizations and its position as the number one state-sponsor of terrorism is a key aspect of that “push.”

For proof that radical Islam, led by Iran, is the prophesied “king of the south,” request a free copy of The King of the South.