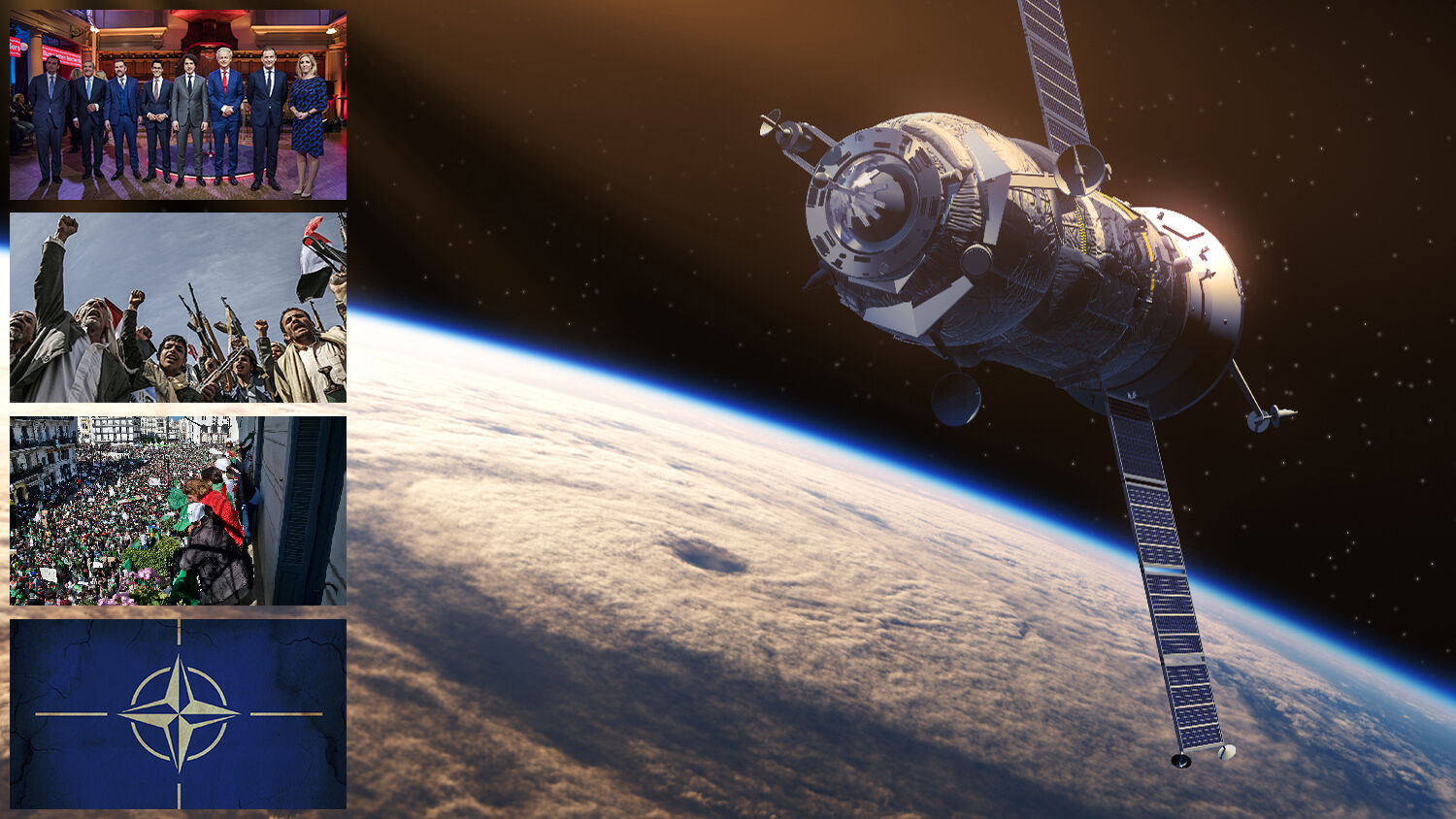 “We are almost as dependent on satellites as we are on the sun itself,” United States Rep. Jim Cooper wrote in the foreword to the Center for Strategic and International Studies’ report titled “Space Threat Assessment 2019,” published April 4. Yet these satellites are “vulnerable to a wide array of intentional threats, such as killer satellites,” wrote Cooper.

China is developing the most threatening of those killer satellites.

Cooper continued: “The risk of a space Pearl Harbor is growing every day. Yet this war would not last for years. Rather, it would be over the day it started. Without our satellites, we would have a hard time regrouping and fighting back. We may not even know who had attacked us, only that we were deaf, dumb, blind and impotent.”

Massive protests in Algeria got results this week: The North African nation’s ruler, Abdelaziz Bouteflika, stepped down, leaving a political void that Islamists are eager to fill and Europeans are anxious about.

If Algeria destabilizes, the echoes will reverberate around the world. It is an important supplier of oil and natural gas. Can Europe cope with yet another failed and disintegrated state at its borders? With another wave of refugees pouring out of the country toward Europe? And what about the rest of North Africa, which is already struggling to contain radical Islamic violence?

What does Bible prophecy say?

According to North Atlantic Treaty Organization’s first secretary general, the British Lord Hastings Ismay, nato was formed to “keep the Soviet Union out, the Americans in, and the Germans down.” Its goal was to prevent one single power from dominating the European continent, instead uniting the nations of Europe against a common threat: Soviet Russia.

The recent election victory of the party of Dutch populist Thierry Baudet might not have been a eulogy for democracy, but it was a warning, the Brussels Times wrote on April 2.

Baudet’s victory speech contained references to Roman mythology and allusions to religion and nationalism. His “appeal to a shared past” was intended to “fill the void that globalization and secularization have left behind,” wrote Hans-Martien ten Napel, an associate professor of constitutional and administrative law at the University of Leiden.

Baudet is part of a new breed of European leaders that are set to dramatically change Europe—and the whole world. So says Bible prophecy!

On the fourth anniversary of the Yemeni civil war, tens of thousands of Yemenis waving the national flag gathered in the capital of Sanaa to show their support for the Houthi rebel movement that toppled their government in 2015. According to Deutsche Welle, protesters held placards calling for persistence against Saudi aggression and chanted slogans against Saudi Arabia and the United States.

The Houthis, and their Iranian sponsors, appear to be winning this war. The prophetic ramifications of this victory are far-reaching—militarily, economically and politically.