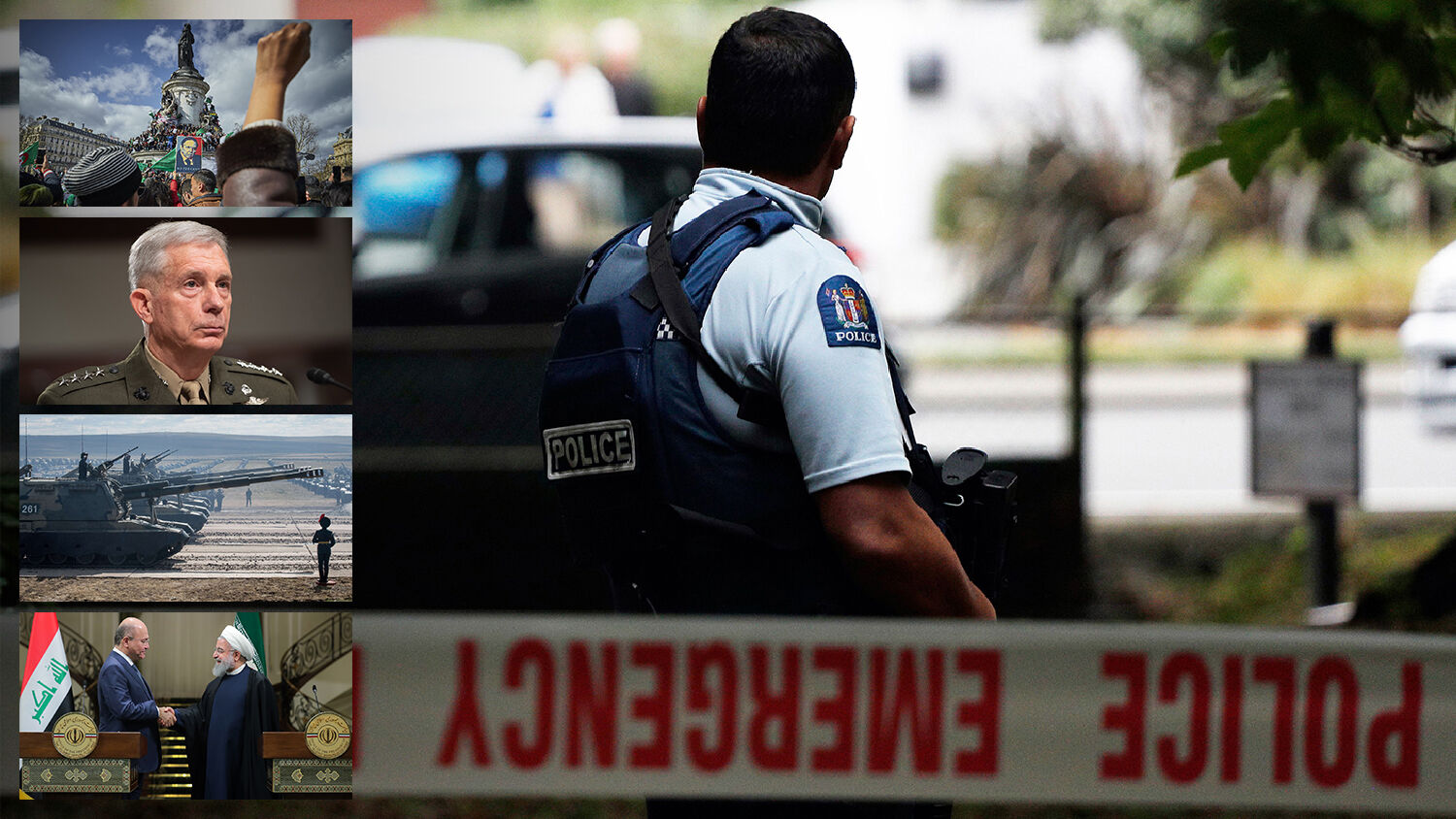 New Zealand suffered one of its worst-ever massacres on Friday when a heavily armed white supremacist killed at least 50 individuals and wounded 48 others in two mosques in the city of Christchurch.

The Australian-born perpetrator, identified as Brenton Tarrant, reportedly had been planning the attack for two years and decided three months ago to target the city of Christchurch. He posted his intentions online as part of a 73-page manifesto, which outlined far-right, anti-immigrant views. Tarrant allegedly carried out the attacks in revenge for terrorist acts perpetrated by Muslim “invaders” against Europeans.

Attacks like this point to serious problems in our societies: failures in family that can lead to monsters like Tarrant, the failure of multiculturalism, the spread of terrorism around the world.

On Monday, Iranian President Hassan Rouhani arrived in Iraq for an official state visit, his first since taking office in 2013.

We consider this trip a new start in our relations with Iraq,” Iranian Foreign Minister Javad Zarif said on March 9, according to Iran’s Press tv. He discussed “joint interests” and “regional cooperation.” Zarif thanked Iraq for having “refused the unjust and illegal sanctions imposed on the Iranian people.”

Symbolically, Rouhani’s visit was a warm embrace between former bitter enemies that announced to the world, and particularly the United States, that Iraq is now firmly in the Iranian camp, at the expense of the U.S.

This was directly prophesied in the Bible.

With no clear successor in sight, the leadership vacuum presents Iranian-backed radical Islamists with an opportunity to hijack the nation, which would pose a dangerous strategic threat to Europe.

Speaking in Munich on February 20, United States Africa Command Gen. Thomas Waldhauser revealed that hundreds of U.S. troops, including commandos, will withdraw from West Africa over the coming years.

The withdrawal includes 300 commandos, 25 percent of the total stationed in Africa. These are forces specially trained to deal with West Africa’s endemic insurgency problems and provide support and training to the local militaries, which carry out antiterrorism raids.

Who will fill the antiterrorism leadership vacuum in Africa?

China is set to increase its military spending by 7.5 percent over last year, according to a recent budget report by the nation’s annual parliamentary meeting. Although the increase is smaller than last year’s 8.1 percent increase, China is showing the world that modernizing its military remains a top priority despite an economic slowdown and a trade war with the United States.

China’s 2019 defense budget of more than $177 billion is regarded by many analysts as an indicator of the country’s strategic goals. It has already revealed plans to transform its navy in 2019 and beyond.

To understand the significance of China’s growing military prowess, read “China Increases Military Spending Despite Economic Slowdown” and “Why the Trumpet Watches the Rise of China as a Superpower.”