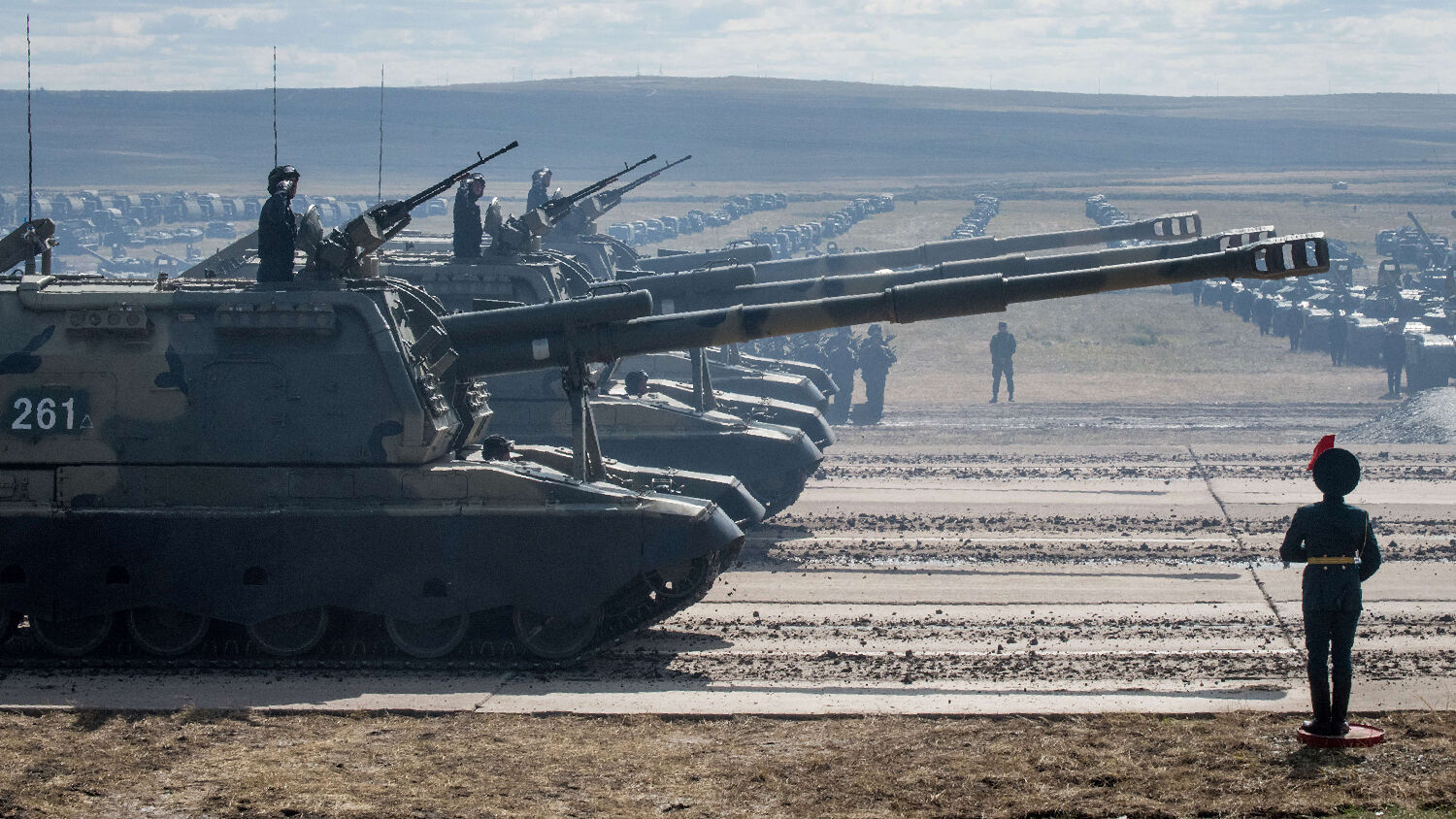 Chinese military vehicles parade at the Vostok 2018 military drills at Tsugol training ground in Siberia, not far from the borders with China and Mongolia.
MLADEN ANTONOV/AFP/Getty Images

Budget priority ‘will only fuel greater and deeper suspicion of Beijing’s motivations and strategic objectives.’

China is set to increase its military spending by 7.5 percent from last year, according to a budget report by the nation’s annual parliamentary meeting on March 5. Although the figure is smaller than last year’s 8.1 percent increase, China is showing the world that modernizing its military remains a top priority despite an economic slowdown and a trade war with the United States.

China’s 2019 defense budget of more than $177 billion is regarded by many analysts as an indicator of the country’s strategic goals. It has already revealed plans to transform its navy in 2019 and beyond.

John Lee, a senior fellow at the U.S. Studies Center of the University of Sydney, said that China has significantly increased its military budget for three decades and that the increase has always been higher than the nation’s gross domestic product growth, which was 6 to 6.5 percent this past year. “It is no exaggeration to say that China is engaged in the most rapid (in relative and absolute terms) of military build-ups in peacetime history since the end of the Second World War,” Lee said. “This [increase in defense spending] will only fuel greater and deeper suspicion of Beijing’s motivations and strategic objectives.”

Due to China’s secrecy concerning its military budget, the $177 billion figure may not reflect the nation’s full military investment: It does not include construction costs of aircraft carriers or allocations for military research and development, for example. A report by the U.S. Defense Intelligence Agency estimated that China’s defense spending “probably exceeded $200 billion” last year, “a threefold increase since 2002.”

China’s defense spending is the world’s second largest, behind only the United States. Although China’s military budget pales in comparison to that of the U.S., China’s expenditure goes a long way. The U.S. Defense report continued: “China has not had to invest in costly R & D of new technologies to the same degree as the United States. Rather, China has routinely adopted the best and most effective platforms found in foreign militaries through direct purchase, retrofits or theft of intellectual property. By doing so, China has been able to focus on expediting its military modernization at a small fraction of the original cost.” China’s military is “on the verge of fielding some of the most modern weapon systems in the world. In some areas, it already leads the world.”

The Trumpet and its predecessor, the Plain Truth, have forecast for over 60 years that China will continue to rise as a superpower. In the 1950s, when the Communist Party of China had just won control of the mainland, Plain Truth editor in chief Herbert W. Armstrong forecast that China would soon emerge as a superpower and combine its military power with Russia through an alliance. In the December 1959 issue, the Plain Truth staff wrote:

Red China insists it has a legal right not only to Tibet but [also] to many parts of India and Southeast Asia. … [The Mongols and Chinese’s] constant dream for centuries has been ultimate world conquest! … China knows, however, that in this highly industrialized age she can accomplish this dream only as an ally of Russia. … China is now ready to begin devouring the rest of Asia with Russia’s secret military backing.

How could Mr. Armstrong predict China’s eventual rise with such accuracy? His forecast was founded on Bible prophecy. Ezekiel 38 says that a powerful Asian bloc, led primarily by Russia and secondarily by China, will form. The book of Revelation calls this huge bloc “the kings of the east” (Revelation 16:12). Ezekiel 38:2 reads, “Son of man, set thy face against Gog, the land of Magog, the chief prince of Meshech and Tubal, and prophesy against him.” In the April 1981 issue of the Plain Truth, Mr. Armstrong wrote that “‘Gog’ in the land of ‘Magog’ is the vast regions of northern Eurasia extending from the Baltic to the Pacific [modern Russia and China].”

At the time that Mr. Armstrong proclaimed the rise of the Asian bloc and before his death in 1986, China was still an underpowered nation seeking to find a place in the world. But events since then have proved Mr. Armstrong right: China now has the world’s second-largest economy and second-largest military. As Mr. Armstrong forecast, China will only continue to rise.

To understand more about this subject, please read our Trends article “Why the Trumpet Watches the Rise of China as a Superpower.”