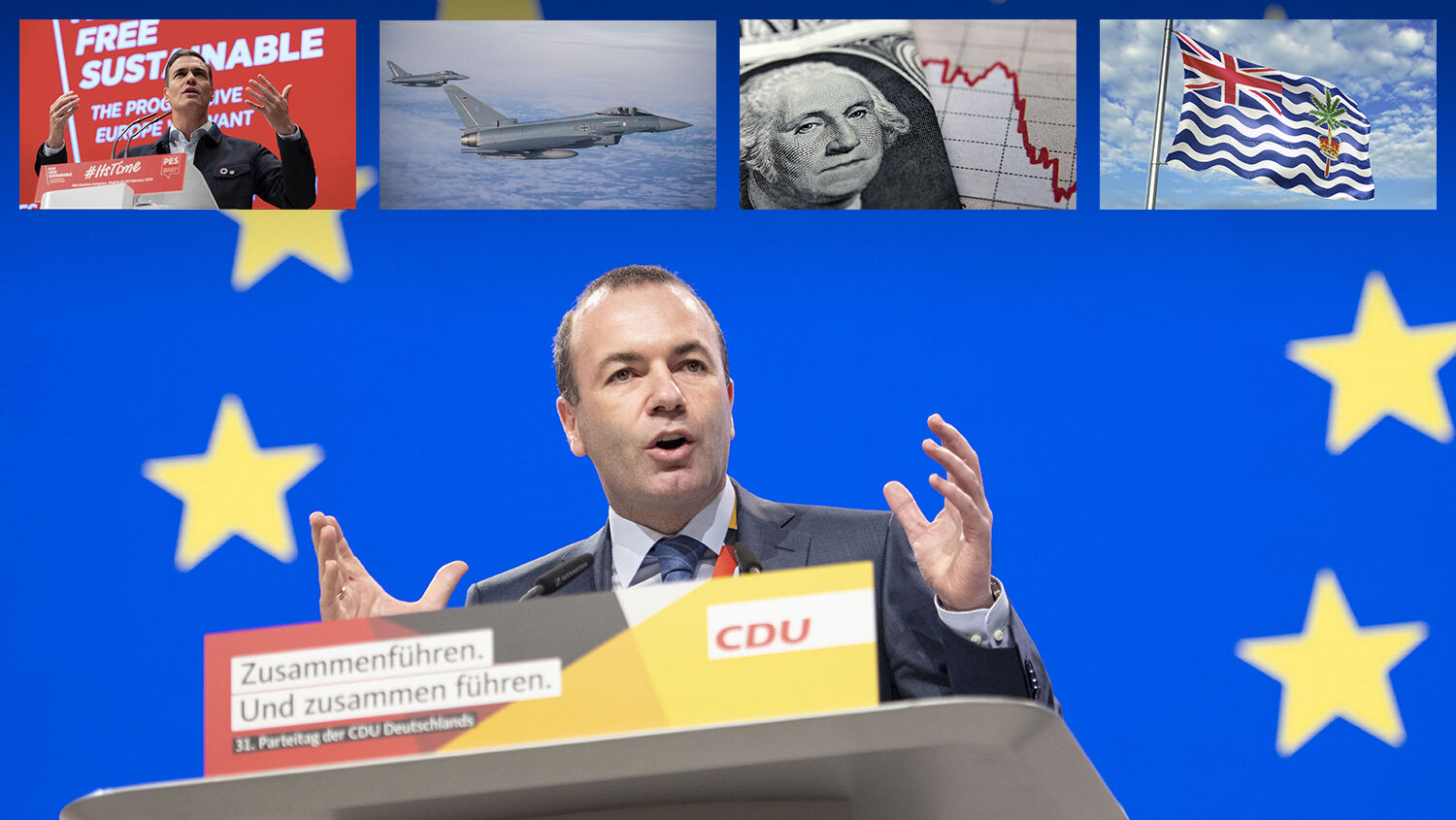 European elections, Germany’s arms exports, concerns about a major recession by 2021, and more

Is a Devout Catholic About to Lead the EU?

European parliamentary elections are scheduled for May 23 to 26. The new Parliament will vote for the European Union’s next Commission president in July. The most likely candidate to replace the incumbent Jean-Claude Juncker is Manfred Weber, a devout Catholic from Germany’s most Catholic state, and a member of Germany’s most Catholic party, the Christian Social Union.

Weber is openly promoting his religious faith and believes that the EU as a whole should do the same. The implications are quite prophetic.

Germany is now willing to compromise on its previous position and partner with France to renew arms exports to Saudi Arabia, according to an official paper signed recently and seen by Der Spiegel.

After journalist Jamal Kashoggi was murdered, allegedly by the Saudi Arabian government, Germans were outraged. The German government halted weapons exports to the Saudi kingdom. Only a few months later, increasing Franco-German cooperation has completely changed the situation.

An agreement on common export policies and resuming exports to Saudi Arabia will lead to a stronger, more assertive Franco-German alliance. All that remains to be seen from that alliance is the emergence strongman prophesied in Daniel 8.

On February 15, only 8½ months after becoming Spain’s prime minister, Pedro Sánchez called for snap general elections. The early elections were called after a parliamentary vote rejected the proposed national budget. In response, the socialist prime minister said, “One cannot govern without a budget. Between doing nothing and continuing without the budget and calling on Spaniards to have their say, I choose the second. Spain needs to keep advancing, progressing with tolerance.”

The elections, to be held on April 28, again highlight Europe’s political turmoil.

The Bible prophesies that out of this turmoil will emerge a united Europe, the last resurrection of the Holy Roman Empire—united for a short time to fulfill God’s will (Revelation 17:17). This united Europe, also called “the king of the north” (Daniel 11:40), is emerging right now.

Before World War ii, Britain and the United States controlled a great number of the world’s “sea gates,” including the Suez Canal, the Panama Canal, Singapore, Cyprus, Hong Kong and the Chagos Archipelago in the Indian Ocean. Their control over these strategic locations played a key role in decades of global stability and economic growth. But since that time, America and Britain have surrendered control of many of these assets. And on February 25, the United Nations’ highest court ruled that the Chagos Islands must now also be surrendered.

Britain and the United States’ control, and eventual loss, of the world’s “sea gates” is actually a dramatic fulfillment of Bible prophecy!

Three fourths of American business economists say they expect a major recession to hit America by the end of 2021, and half expect it to arrive earlier, according to a recent poll by the National Association for Business Economics. This ominous forecast from those who closely watch the world’s most important economy should cause everyone to sit up and take note.

A financial crisis in America would significantly affect the entire world.