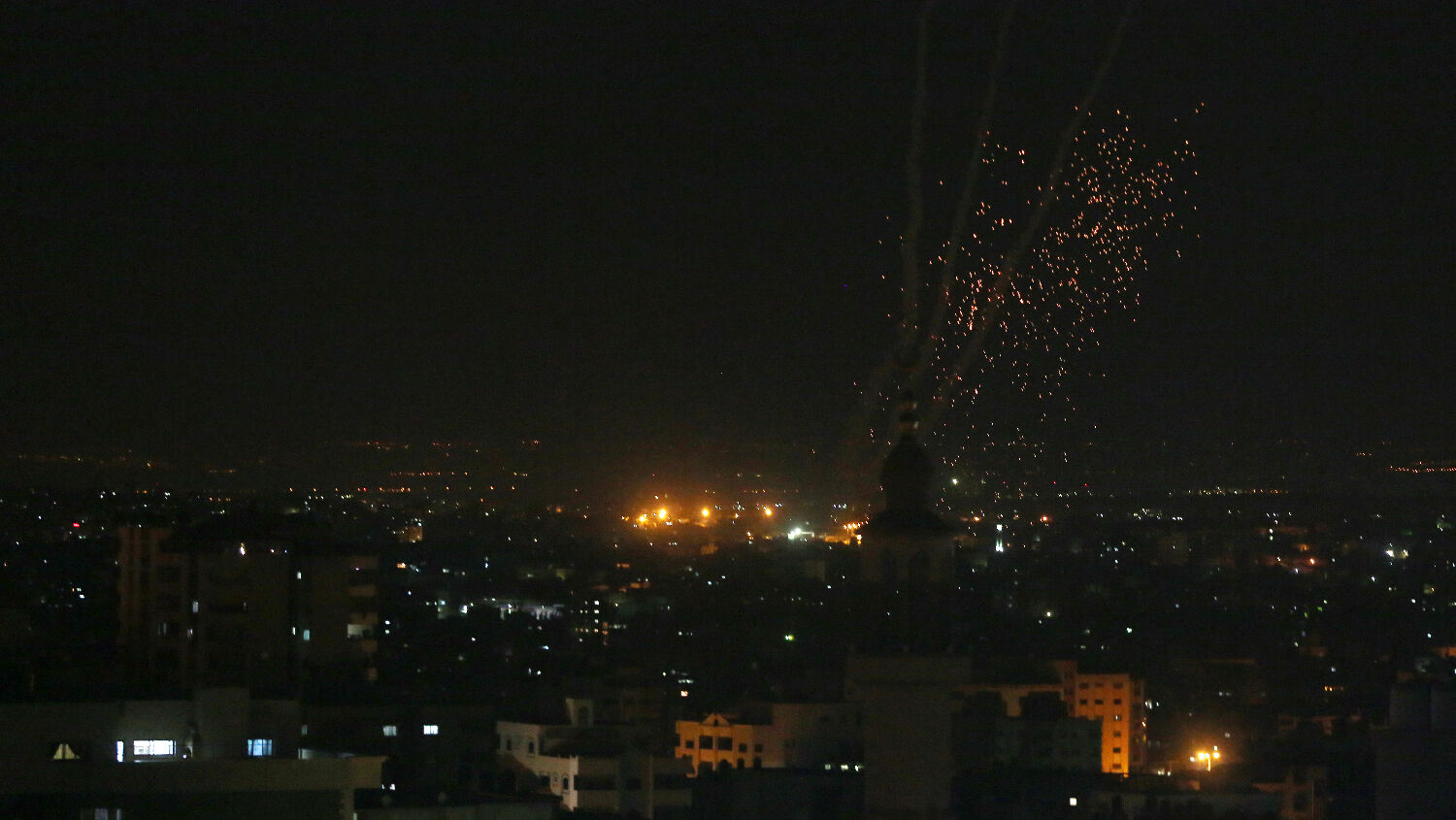 An Iranian weapons shipment bound for Hamas was seized by an Islamic State affiliate in the Sinai Peninsula. Kuwaiti newspaper Al-Jarida reported on November 24 that the shipment was the largest ever seized by the Islamic State and it included Russian-made, laser-guided Kornet anti-tank missiles and other guided weaponry.

Earlier this month, terrorists from Hamas, which controls the Gaza Strip, fired hundreds of rockets and missiles into Israeli cities over a 24-hour period. The terror began when a terrorist in Gaza fired a Kornet missile at an Israeli bus near the border. Dozens of Israel Defense Forces soldiers exited the bus moments before the missile struck. One soldier still on the bus was severely injured.

After Hamas fired more than 400 rockets and mortars into southern Israel, it agreed to a ceasefire brokered by Egypt.

Its use of a Kornet missile is strong evidence that although the Islamic State intercepted the recent shipment, previous shipments of missiles had made it into Gaza.

Prof. Barry Rubin said in Global Politician that Iran pushes its influence in the region by “the promotion of client groups.” Alongside Hezbollah, Hamas has consistently been the other of Iran’s two most important clients.

Since Hamas gained control of the Gaza Strip in 2007, Israel and Egypt have maintained a strict blockade of the Gaza Strip in an attempt to thwart Iranian efforts to supply Hamas with weapons. Despite this blockade, Iran has continued to arm the endless stream of terrorists in the Palestinian enclave.

Over the years, Israel has seized a number of weapons shipments to Hamas.

In 2002, in Operation Noah’s Ark, Israeli forces raided Karine A, which Israel claimed to be a Palestinian freighter. The vessel was carrying 50 tons of missiles and explosives.

In 2011, Israelis seized the German-owned Victoria in the Mediterranean. “Many weapons were found on board, intended for terrorist forces in the heart of Gaza,” said Israeli Prime Minister Benjamin Netanyahu. “Iran is the source of the weaponry.”

In 2014, Israeli Navy commandos intercepted a ship in the Red Sea carrying an Iranian arms shipment to the Gaza Strip. The shipment included several dozen advanced missiles hidden in shipping containers that were also carrying sacks of concrete. The Syrian M-302 missiles aboard carry a payload of up to 375 pounds and have a range of up to 125 miles.

In September, a missile strike by Iran showed the world that it now has the ability to accurately strike its targets. The guided capabilities were improvements to the Fateh-110 missile. Another strike in Syria using the Zulfiqar and Qiam ballistic missiles proved just as accurate. Hezbollah claims to have already received this new technology.

Iran has proved its persistence, so it’s safe to say Israel can expect more shipments to follow. Today, Hezbollah in Lebanon is estimated to have over 120,000 rockets and missiles in its arsenal, compared to just 10,000 in the 2006 Lebanese War. The quality of its missiles has also improved. Many of its missiles now carry a larger payload, have a longer range, and are more accurate. In the Gaza Strip, Hamas is believed to have at least 10,000 rockets and mortars, while Palestinian Islamic Jihad is estimated to have an additional 8,000.

If Iran manages to give Hamas its newly developed precision-guided technology, Israel will be completely surrounded and the Iron Dome defense system is likely to fail. Of the 400 rockets shot against Israel earlier this month, 200 landed in the wilderness and the Iron Dome intercepted about 100, but a number of missiles still slipped through and struck homes and buildings in southern Israel. Guided missiles would pose an entirely new threat to Israel’s security.

Trumpet editor in chief Gerald Flurry has identified radical Islam, led by Iran, as “the king of the south” of Daniel 11:40. (For detailed information, request your free copy of his booklet The King of the South.) The book of Daniel tells us that the king of the south will “push” at Europe. One aspect of Iran’s pushy foreign policy is state-sponsored terrorism. Mr. Flurry writes:

The real power behind the Palestinians is Iran. No other nation would dare finance and blatantly encourage such terrorism in Israel. Iran has even been caught publicly sending enormous amounts of weapons to the Palestinians. Virtually the whole world knows what Iran is doing, and Israel’s terrorist problems keep rapidly getting worse.

Israel is staring right down the barrel. While the Israeli government is barely staying afloat after former Defense Minister Avigdor Lieberman’s resignation, its enemies continue to work in the shadows. Iran continues to export arms to its terrorist proxies, and it doesn’t look like it will stop anytime soon. The whole world can see what Iran is doing, yet most fail to act. Iran will keep pushing its neighbors until it finally leads to war.

For more information about Iran’s “push” and its use of state-sponsored terrorism to control the Middle East, please request your free copy of The King of the South.