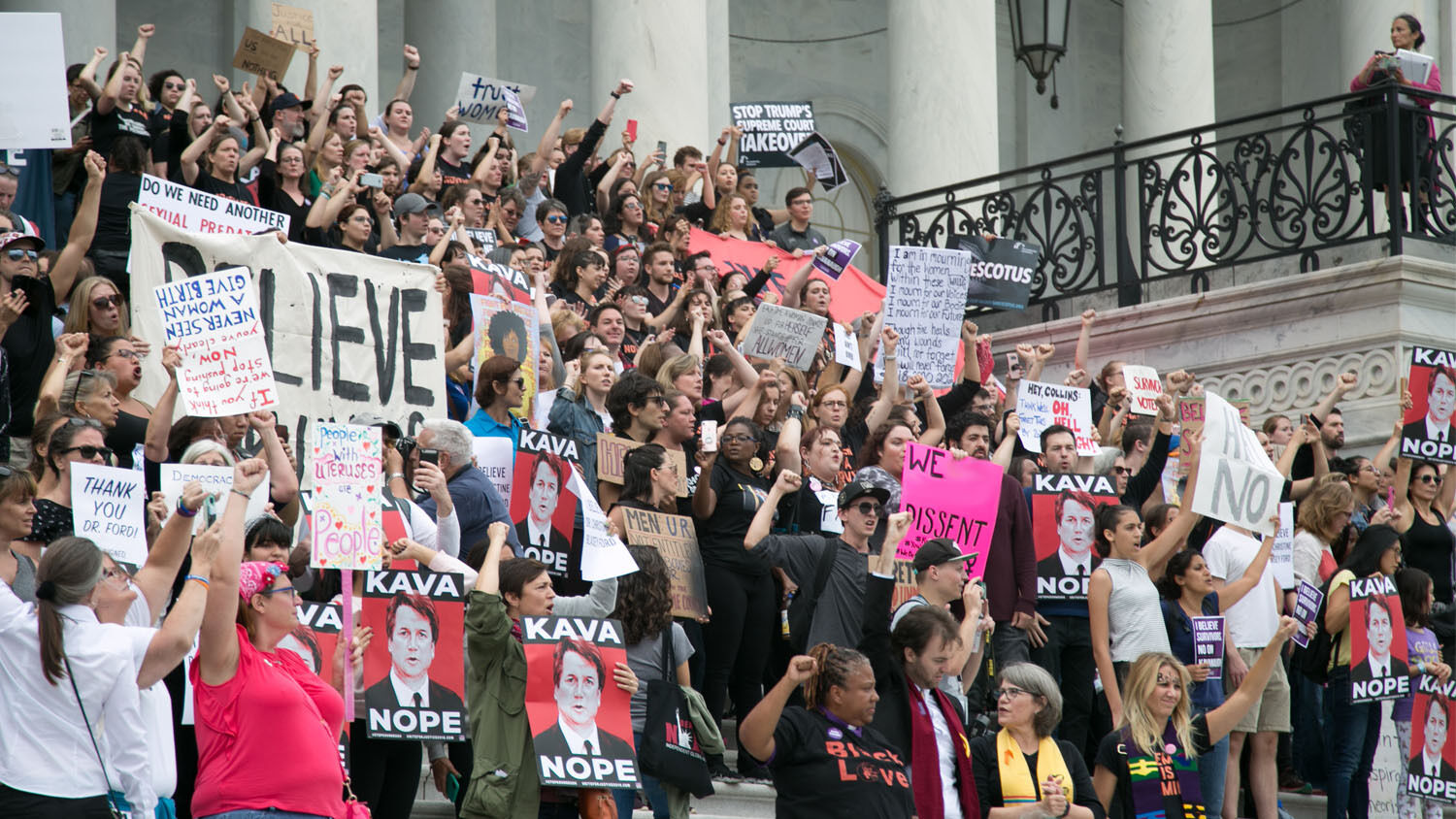 Protesters gather on October 6 to demonstrate against Brett Kavanaugh’s confirmation to the Supreme Court.
Getty Images

The Bible fortells a time when women and children will rise up against government structures, causing great destruction.

Many feminists are livid that Brett Kavanaugh is now a Supreme Court justice. After United States President Donald Trump nominated Kavanaugh for a seat on the court in July, a California Democrat named Christine Blasey Ford accused him of sexual misconduct at a high school party 36 years ago. But a public prosecutor determined Ford’s account was inconsistent, vague and uncorroborated by the people she said were at the party. So the Senate voted 50 to 48 to confirm Kavanaugh to the Supreme Court.

Even with zero proof that Kavanaugh was guilty, feminists and abortion activists demanded that his nomination be withdrawn. An abortion advocacy group known as the Women’s March announced plans to “flood the Capitol” on October 6 in a massive #cancelkavanaugh protest. Hundreds of women took to the streets of Washington, D.C., shouting, chanting and even banging on the doors of the Supreme Court.

The protest failed to sway the Senate, but it is not over. Even before Kavanaugh was confirmed, Women’s March organizers capitalized on momentum built during the #cancelkavanaugh protest, and announced another march to be held Jan. 19, 2019.

“Women are outraged,” Women’s March cochair Linda Sarsour told cnn on September 29. “We will not go back, and we will not allow our rights to be taken 40 years back. And this is what this lifetime appointment of Brett Kavanaugh does. This is serious. This is a generational fight, and the Republicans want the Supreme Court, and we’re saying absolutely not, not on our watch.”

Sarsour’s comment reveals the true reason many feminists are attacking Kavanaugh, and it is not because of unsubstantiated 36-year-old allegations of sexual misconduct. Forty-five years ago, the Supreme Court ruled in Roe v. Wade that a woman’s right to privacy extends to her decision to abort her unborn child. But this decision violates the unborn child’s constitutional right to life, liberty and property, and many conservatives want this court decision overturned. The mere thought of a future Supreme Court justice possibly beginning to restrict abortions has driven feminists and abortion activists into a frenzy.

The editor of a popular women’s fashion magazine published an article titled “With Kavanaugh Confirmed, It’s Time to Burn It Down.” She condemned Kavanaugh’s confirmation and ended the article with a call to action: “Some (male) people might be concerned that women will foment the rebellion. To them I can say with certainty that the rebellion is already underway. … The events of this week only mean that it must not yet end. Our rage burns so brightly. I look out, and I see a nation of women incandescent with rage. We will burn patriarchal institutions to the ground. And I pray that, for our daughters, the blaze will light the way forward.”

This incendiary sentiment encapsulates the attitude of many of the 500,000 women who joined the Women’s March against President Trump on Jan. 21, 2017. If the Supreme Court moves to restrict a woman’s right to abort her child, it appears that hundreds of thousands of people stand ready to tear down the constitutional structures that enabled that decision to be made. A spirit of lawlessness is burning in America.

Those who believe the Bible know that aborting a child is an act of murder. God instructed the ancient Israelites to treat one who caused the premature death of an unborn child the same as any other murderer.

“If men strive, and hurt a woman with child, so that her fruit depart from her, and yet no mischief follow: he shall be surely punished, according as the woman’s husband will lay upon him; and he shall pay as the judges determine. And if any mischief follow, then thou shalt give life for life” (Exodus 21:22-23).

God considers the life of an unborn child equal to that of an adult, so the epidemic of abortions in America (an estimated 60 million since Roe v. Wade) is a national sin of enormous proportions. The Bible prophesies that such sins will cause God to remove strong leaders from the land. When this happens, women and children will rise up against government structures, and this will cause great destruction.

“Woe unto the wicked! it shall be ill with him: for the reward of his hands shall be given him. As for my people, children are their oppressors, and women rule over them. O my people, they which lead thee cause thee to err, and destroy the way of thy paths” (Isaiah 3:11-12).

Because people have turned away from God’s commandments, dysfunctional families are churning out lawless people ready to protest, rebel and even riot to protect their ability to continue breaking God’s law. The Bible says the end result will be national desolation. But individuals can escape this desolation if they repent. To learn why God is allowing protests and riots to break out across America and what you can do to protect your family, read Isaiah’s End-Time Vision by Trumpet editor in chief Gerald Flurry.