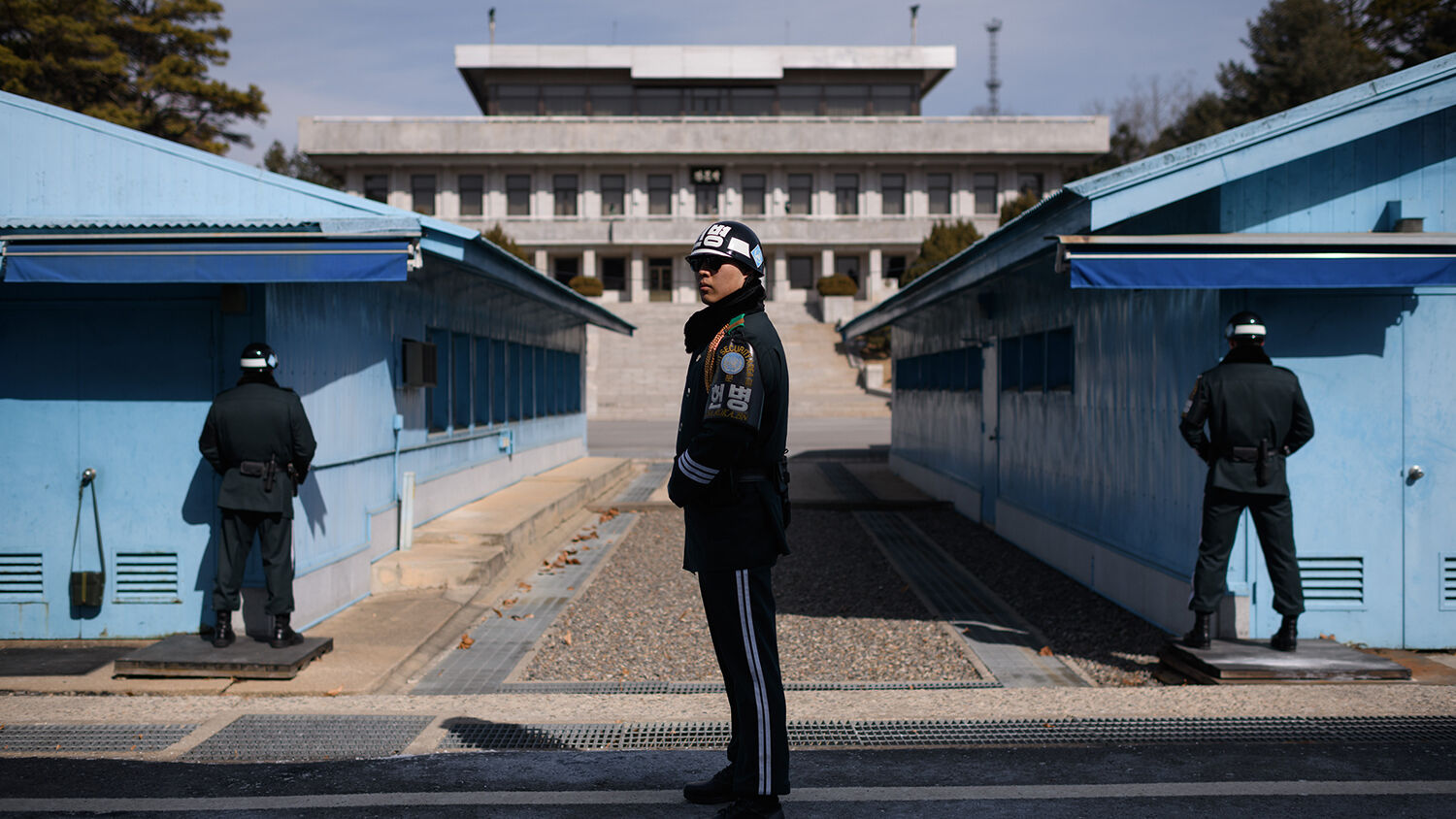 ‘These disagreements have brought thorny issues over the shape and size of the U.S.-South Korea alliance back to the surface.’

The United States and South Korea are increasingly at odds over North Korea, placing the future of their military alliance in doubt.

Early last month, South Korea opened a liaison office with North Korea despite U.S. opposition to the move. Shortly after, South Korean Foreign Minister Kang Kyung-wha publicly criticized the U.S. for its inflexibility regarding an action of good faith that North Korea had asked of the U.S. Also in September, South Korea announced that it might remove a certain set of sanctions on the North, prompting U.S. President Donald Trump to say the South does “nothing without our approval,” a statement that irritated many South Koreans.

Most significantly, South Korea’s Joint Chiefs of Staff Chairman Gen. Park Han-ki vowed on October 12 to shift wartime operational control (opcon) of South Korea’s military from the U.S., which has held it since the Korean War, back to South Korea. “[W]e will focus our energy on systematically and actively pursuing the Defense Reform 2.0 Initiative and the opcon handover,” Park said in his opening remarks during a parliamentary audit.

These are clear signs that the U.S. and South Korea are finding it more and more difficult to find common ground regarding North Korea. Geopolitical Futures wrote on October 22: “These disagreements have brought thorny issues over the shape and size of the U.S.-South Korea alliance back to the surface.”

Although these signs do not necessarily mean the alliance is doomed, Geopolitical Futures said they show that “the strategic logic is starting to crack, and Seoul has little choice but to defy Washington where it must to prepare for the day when it may have to strike out on its own.” South Korea “now sees an opportunity to start mending ties with Pyongyang for good,” Geopolitical Futures wrote. “And so, South Korea is doubling down on preparations to go its own way.”

If South Korea goes its own way, it could withdraw from an alliance that has for decades been a pillar in America’s strategy to stabilize Asia. Such a split would see America’s 28,000 troops stationed in South Korea ousted, and would shift a huge amount of political and military influence away from the U.S. and toward Asia’s regional behemoths.

The Trumpet has long predicted that such a shift will take place. “The scenario of an America-free Asia will not remain hypothetical for much longer,” we wrote in January 2014. “We can already see tectonic geopolitical shifts that are rapidly turning it into a reality.”

For decades, the Trumpet and its predecessor the Plain Truth have maintained this same forecast. Now a growing number of trends—such as the increasing fissures in the U.S.-South Korea alliance—indicate how quickly it could happen. Bible prophecy says it will occur in the near future, prior to a third world war.

The Decline of the U.S.

In the 1930s, Herbert W. Armstrong began forecasting that U.S. power and influence would deteriorate. Following America’s failed attempt to invade Cuba in 1961, Mr. Armstrong placed the blame not on the U.S. military or the Kennedy administration, but on the people of the country: “Unless or until the United States as a whole repents and returns to what has become a hollow slogan on its dollars: ‘In God we trust,’ the United States of America has won its last war! [T]he God America has deserted gave it its most humiliating defeat! What does the Cuban debacle mean? It means, Mr. and Mrs. United States, that the handwriting is on your wall!” (Plain Truth, October 1961).

Mr. Armstrong saw that U.S. power was in decline. He made his forecasts based on faith in the Bible and Bible prophecy, which make many specific forecasts about the descendants of ancient Israel, which includes the Americans. (You can prove this with our free book The United States and Britain in Prophecy, by Herbert W. Armstrong.) God pledged to the people of Israel that if they rejected His law, He would “break the pride” of their power (Leviticus 26:19).

Since Mr. Armstrong’s death in 1986, the people of the U.S. have intensified their disdain for God and His law. Meanwhile, America has entered into numerous military conflicts, each one draining a little more of the nation’s pride in its power.

On Oct. 1, 2012, Trumpet editor in chief Gerald Flurry said the U.S.’s apathetic response to the Benghazi massacre that September showed that the Leviticus 26:19 prophecy had then been fulfilled. He said: “It’s no longer God saying, ‘I will break the pride of your power.’ It’s now God has broken it!”

The situation on the Korean Peninsula today shows that America’s pride is broken, just as the Benghazi massacre did back in 2012. South Korea and other countries are preparing for a future that no longer relies on the U.S.

Revelation 9:16 shows that the combined militaries of all these Asian “kings” will amount to 200 million soldiers—a military far larger than any in history. Ezekiel 38:6 lists as part of this Asian alliance some ancient names for the modern people of Korea. This shows that whether the Koreas unite or not, the peninsula will eventually lend its military power to the colossal bloc led by Russia and China.

Bible prophecy states that a united European superpower will also emerge. It will begin to feel threatened by the new power bloc to its north and east (Revelation 9:1-12; Daniel 11:40-44). The Europeans will attack, and the Asians will counterattack (Revelation 9:13-21). Matthew 24:21-22 and Daniel 12:1 show that the violence of World War iii will be unprecedented. It will include nuclear warfare and will threaten to extinguish all human life from Earth.

To many of those who will be caught in this unthinkable carnage, it will look like mankind’s final chapter. But Bible prophecy shows that this global conflict is actually only the last page of mankind’s prologue.

Prophecy shows that nuclear World War iii will be cut short by the return of Jesus Christ to Earth (Matthew 24:22; Revelation 17:14). The armies of the Earth will unite and turn their weapons against Christ, but He will bring an immediate halt to the destruction.

In his article “Matthew 24 Unlocks the Seven Seals,” Mr. Flurry wrote, “[T]he armies of this Earth [will be] fighting against Christ at His return. Christ will put down all rebellion. He is sick of the sin and lawlessness in all corners of this world, and He will finally deal forcibly with it.”

After ending the destruction, Christ will force upon the Asians, Europeans and all other peoples the peace that has always eluded mankind. “Our Savior will rule with a rod of iron and bring peace and joy to all people,” Mr. Flurry continued. “Man could never achieve this future on his own.”

At that time, the first chapter of real, abundant life for mankind can finally begin.

Regarding this future age of abundance and world peace, Mr. Armstrong wrote:

To learn more about the inspiring details of that remarkably radiant future, order a copy of Mr. Armstrong’s free booklet The Wonderful World Tomorrow—What It Will Be Like.