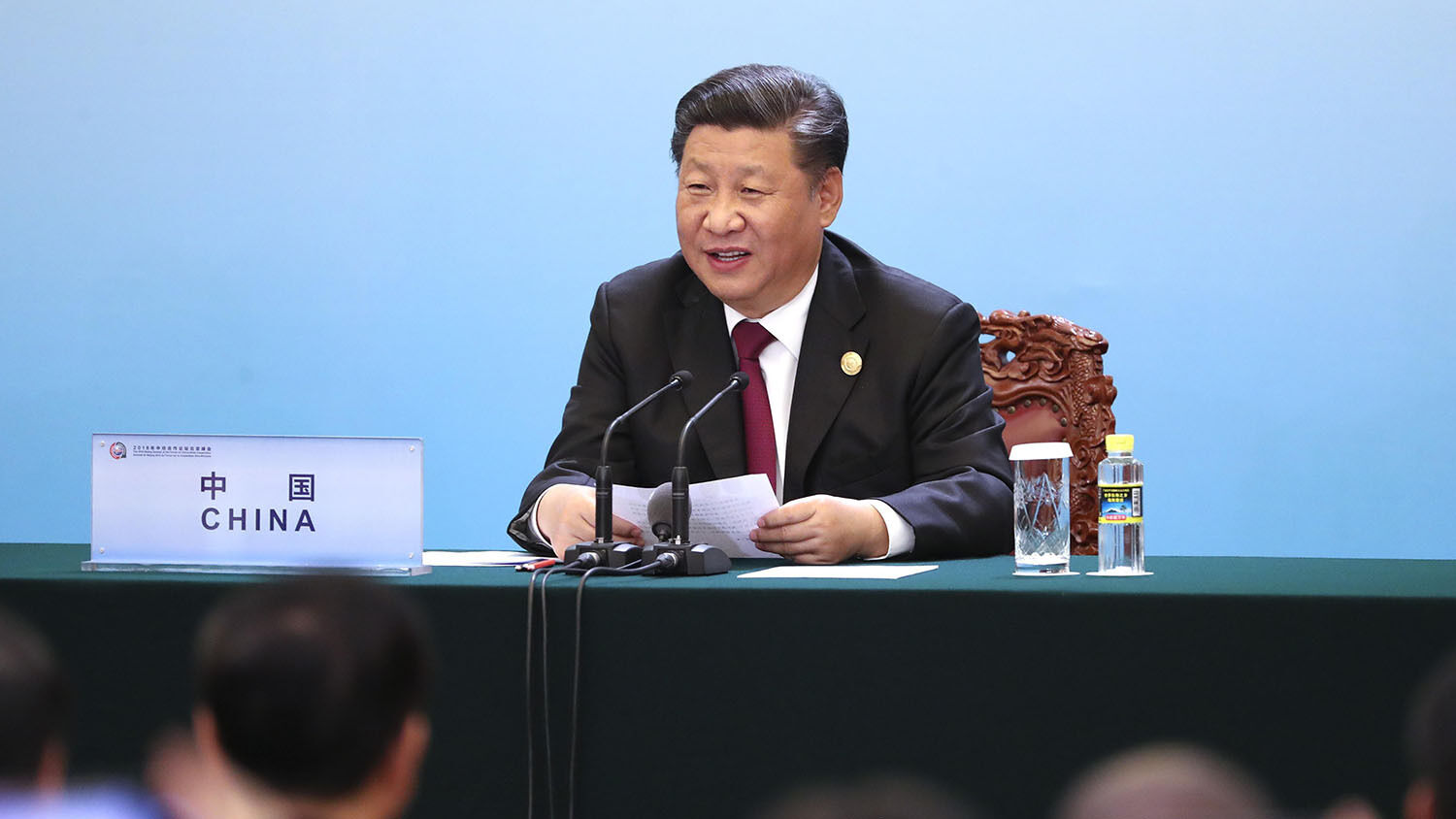 Chinese President Xi Jinping speaks at the 2018 Beijing Summit of the Forum on China-Africa Cooperation at the Great Hall of the People on September 4 in Beijing.
Fu Tian/China News Service/VCG/Getty Images

China has pledged $60 billion worth of investments to Africa and sparked renewed concerns about its “debt trap” diplomacy and economic colonization in the poorest continent in the world and the largest mineral repository on Earth.

Chinese President Xi Jinping announced the pledge at the seventh Forum on China-Africa Cooperation (focac) in Beijing on September 3. The two-day summit, which included all African heads of state but one, was the largest ever gathering of African leaders outside the continent. And China is the largest infrastructure investor in Africa.

According to one observer, China “far outstrips the economic clout and engagement in Africa of either the [United States] or Europe.”

The $60 billion comes in addition to China’s previous aid package of $60 billion over the past three years, pledged by President Xi at the sixth focac in 2015. The pledge he made this year includes interest-free loans, concessional loans, credit lines, grants, imports from Africa, and various forms of investments. China will even forgive debts owed by the poorest African nations.

Resource-rich nations like Zambia and the Democratic Republic of the Congo, and geopolitically strategic nations like Djibouti, are examples of African countries that are at high risk of debt distress—because of Chinese loans.

The Democratic Republic of the Congo’s debt to China is so large and yet so ambiguous that the nation’s president visited China two months ago to ascertain exactly how much it owed. Zambia’s failure to pay its debts is allowing China to seize ownership of the national broadcaster and electricity company. These nations are falling into debt traps that will guarantee steady supplies of mineral resources to China.

In Djibouti, where Beijing owns 77 percent of the national debt, China is already operating its first overseas naval base.

China is the second-biggest donor to the United Nations Peacekeeping Operations budget, after the U.S. It contributed approximately $700 million (10.3 percent) to the budget from July 2017 to June 2018. And the overwhelming majority of those peacekeeping operations are in Africa.

The current chairman of the African Union, Rwanda’s Paul Kagame, said China is actually a “more respectful partner” than either Europe or the U.S.

China has been providing free military assistance to the African Union and it has pledged to continue doing so.

The West’s influence in Africa is waning and China’s clout on the continent is rising. There are several reasons for this.

“[T]he uncertainty of trade tensions with the United States [is likely pushing] China to more aggressively seek export markets in Africa for its products or even to increase its manufacturing investment in Africa in order to export to the United States through duty-free access under the African Growth and Opportunity Act (agoa),” wrote China-Africa Research Initiative at Johns Hopkins University.

The West tends to overlook African nations or attach stringent preconditions for its investments in Africa. But “China’s investment in Africa comes with no political strings attached,” as President Xi said at the focac.

Xi’s assertion is true, but only to a certain extent.

China will likely not attach any political strings to its investments in South Africa despite the nation’s high crime rates, systemic corruption or its plans to expropriate white-owned farmland without compensation. This is the sort of investor South African President Cyril Ramaphosa needs. During the focac summit, Ramaphosa dismissed all concerns about Chinese investments in Africa, saying, “[The] focac refutes the view that a new colonialism is taking hold in Africa, as our detractors would have us believe.”

China also will likely not attach any such strings to its aid to Zimbabwe. The U.S. and EU said that the nation’s recent elections were not free and fair. But that probably won’t impact relations with China. Zimbabwe’s newly inaugurated President Emmerson Mnangagwa has praised Chinese investments in Africa: “There is now a transition to a new world order and those who don’t see it are blind,” he said in a recent interview.

The reality is that when it comes to China’s globalist aspirations, Chinese investment does come with strings attached—geopolitical strings.

King Mswati iii of the small southern African kingdom of Swaziland was the only African leader absent at the focac. His kingdom is the only African nation that recognizes Taiwan as independent from China, a standpoint that automatically cuts nations off from Chinese diplomatic ties. Some of King Mswati’s Swazi critics would rather have him compromise and opt for economic expediency and accept Chinese money. But King Mswati apparently fears a Chinese debt trap more than he fears the economic problems facing his kingdom. At least, for now.

Beijing is “waiting for the right time,” said China’s special representative for African Affairs Xu Jinghu. “I believe that day will come soon.” That day may indeed come soon as it did recently for the Dominican Republic, Burkina Faso and El Salvador.

Last month, Malaysian Prime Minister Mahathir Mohammed warned about Chinese debt traps and what he called “a new version of colonialism” when he canceled a $20 billion Chinese-financed railway project.

Nations like Sri Lanka and several small islands in the Pacific like Tonga, Palau and Vanuatu are now case studies for the Chinese version of colonialism and “debt trap” diplomacy. And more are vulnerable to it.

Bible prophecy predicts this rise of China to global superpower status. It is developing a global reach—and its use of loans to gain influence abroad is a powerful weapon. We addressed this thoroughly in our latest Trumpet issue in the article “Will China Rule the Waves?”

The Bible forecasts that modern China will be a global, economic power. Isaiah 23 prophesies it will play a major role in a global trade conglomerate. To learn about these prophecies and what they mean for the rest of the world, read “Why the Trumpet Watches the Rise of China As a Superpower.”