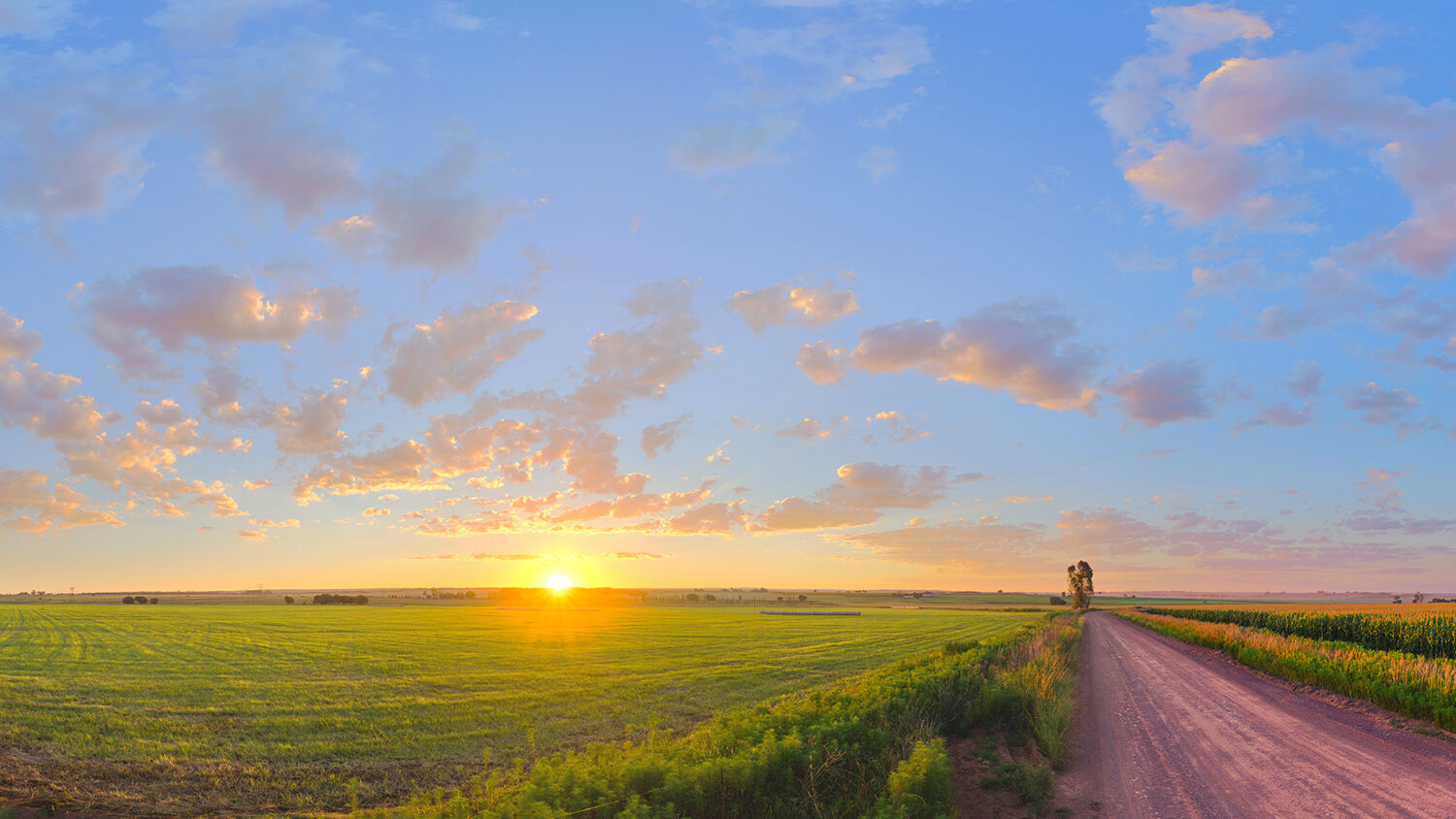 About 70 percent of privately owned farmland in South Africa is owned by white farmers, and many blacks resent that.

The following is from the Trumpet Brief sent out yesterday. These daily e-mails contain personal messages from the Trumpet staff. Click here to join the more than 20,000 members of our mailing list, so you don’t miss another message.

South African President Cyril Ramaphosa announced last week that South Africans, through their representatives in Parliament, “voted overwhelmingly in support of a motion to accelerate … land redistribution through expropriation of land without compensation” (emphasis added). This means that the South African government is about to help steal land en masse from people based on their skin color.

About 70 percent of privately owned farmland in South Africa is owned by white farmers, and many blacks resent that. Since the end of apartheid in the early 1990s, many thousands of white farmers and their families have been brutally beaten, injured, shot, raped and even murdered by violent thugs who came to their properties to steal their money and belongings. This kind of behavior is downplayed by the government. It is even tacitly encouraged by some prominent South African leaders. And the government has already expropriated land from whites to give to blacks. As Ramaphosa said, they are now about to “accelerate” the process.

So South Africa is literally institutionalizing anti-white racism with obvious and serious consequences. It is “legally” seizing some of its citizens’ most important property, and in the process it is tacitly encouraging other racist behavior, including some horrific torture and murder.

Yet elites in the West strenuously maintain this is not happening! Last week, U.S. President Donald Trump tweeted attention to the “large-scale killing of farmers” in South Africa. Predictably, he was universally condemned for his remark.

msnbc’s Al Sharpton accused the president of circulating neo-Nazi propaganda. White farmers in South Africa, he said, are not targeted because of their whiteness.

But the number of violent attacks against white farmers and farm workers has dramatically risen in recent years. The actual number of victims is disputed because of how crime is often categorized in South Africa. Government agencies count some of these crimes as “violent robbery” as opposed to “racist attacks.” When President Trump drew attention to the murders, the New York Times rushed to the defense of Ramaphosa, saying there were only 47 killings of farmers last year. Only 47 people were murdered for their possessions and likely because of their skin color! Don’t worry about it!

Other sources say the number is much higher and that it is rising. Whatever the actual number, the experiences of white farmers and their family members are matters of fact.

Leon Sholtz, nursery owner and cattle farmer, told the Associated Press, “We have lost four of our neighbors in the last 10 to 12 years due to farm murders. My direct neighbor was murdered four [or] five years ago. … So it is a great concern to us, and I think it’s something that government should look into and try and stop as soon as possible.”

Kallie Kriel, ceo of AfriForum, told AP, “We have a huge crisis with regards to the murdering of farmers. The figures have fluctuated over the past years. Over the past 20 years it initially went down, but over the last four years we have seen a rapid increase in farm murders. The problem with these murders, and of course any murder is a problem, but if you compare it to the average murder rate in South Africa, our estimate is that your chances of being murdered if you are a farmer is three to four times higher than that of an ordinary South African.”

Another South African woman recounted her experience: “The shots rang out. It was just bullets everywhere. It was a war zone. My husband said, ‘No, please, my friend, just take what you want; you can take anything, just leave us alone.’ My little girl put up her hand, and she said, ‘I’ve got a piggy bank; you can take my money.’ My husband said to them, ‘Please.’ And the one guy said, ‘Oh, just kill him, brother.’ And they shot him between the eyes in front of us.” She was pregnant at the time. “Our little boy was born five days after Daddy’s funeral,” she said.

In December last year, a man and his wife woke up in the middle of the night to find three gun-toting intruders in their house. After taking food and money, the intruders tied up the man and then gang-raped his wife outside the house.

When another farmer went to check on his elderly parents on Mother’s Day this year, he found the two of them lying in a pool of blood on the floor of their bedroom. Their hands were tied, and the cord of an iron was wrapped around his mother’s neck. Both of them had their throats slit. “My father always said, ‘It’s not if, it’s when,’” the farmer said. “He knew it’s coming. We all know it’s coming. It’s just a question of when. These farm attacks are partially motivated by money and partially by politics. Not only do they kill, but the way they kill. They torture you and hurt you. This is hate; this is political hate.”

There are many, many more tragic stories like these. White farmers in South Africa have lost parents, children, husbands, wives, close friends and neighbors to this kind of violence. In some cases, the assailants simply come to steal, then use violence to get access to safe codes, pin numbers and car keys. In other cases, attackers told the people they were killing that they deserved it because their ancestors had stolen the Africans’ land.

This is not neo-Nazi propaganda. It’s real. These are the violent, torturous initial skirmishes of an oncoming race war.

I have talked about this subject in my recent radio programs. Is it a point of fact that white people stole black Africans’ land? Listen to “South Africa’s History Didn’t Begin When Whites Showed Up.” What is it that Ramaphosa and South African leaders are openly unleashing on white South Africans? Listen to it in his own words in “Upside-down World: Trump Is the Racist, Ramaphosa Inspires Hope.” You need to understand the horror story unfolding right now in South Africa.