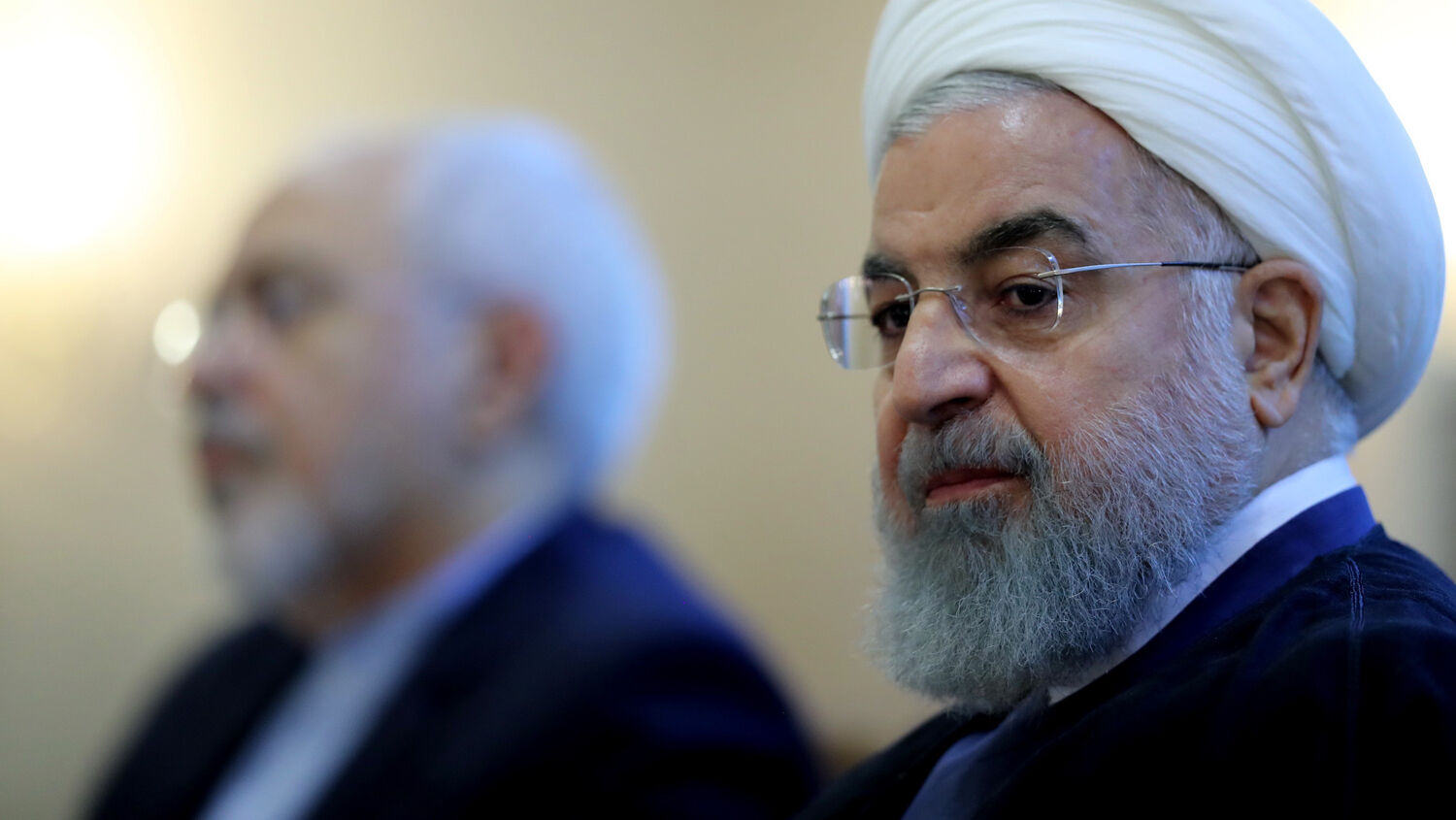 The Islamic Republic’s words intimidate as much as its actions.

Iranian President Hassan Rouhani threatened the United States with “the mother of all wars” if the Trump administration maintains its harsh economic sanctions against Iran. Rouhani told a gathering of diplomats on Sunday that the U.S. government is “not in a position to incite the Iranian nation against Iran’s security and interests,” an apparent reference to American support for Iranians who are protesting against the regime.

“America must understand well that peace with Iran is the mother of all peace,” Rouhani said in an apparent reference to the nuclear deal, which is broadly (yet erroneously), considered the only way to stop Iran from acquiring nuclear weapons. He added, “[W]ar with Iran is the mother of all wars. … Mr. Trump, do not play with the lion’s tail, because you will regret it eternally.”

Rouhani also doubled down on his previous threats to disrupt global shipping in the Strait of Hormuz, saying Iran has been “the guarantor of the regional waterway’s security throughout history.” His threats were echoed and clarified by a senior Iranian military official who said, “The Strait of Hormuz region must either be safe for all or be insecure for everyone.”

U.S. President Donald Trump responded with a threat of his own on Twitter. Naturally, and unfortunately, the news about Trump’s “explosive” threat drowned out the threats from Rouhani—Iran’s supposed “moderate” president.

Barely a week earlier, Iran’s Atomic Energy Organization threatened to increase its nuclear activities if Europe failed to salvage the Joint Comprehensive Plan of Action (jcpoa) nuclear deal and provide Tehran with economic guarantees. On July 17, Behrouz Kamalvandi, a spokesman for the Atomic Energy Organization, said, “We have, of course, adopted some measures in order to prepare the ground for eventually increasing the level of [uranium] enrichment if it is needed and if the negotiations with the Europeans fail. … [T]aking every scenario into consideration, we are preparing ourselves.”

On the same day Kamalvandi made his announcement, the European Council “endorsed the update of the blocking statute annex on the nuclear deal with Iran,” according to the European Union’s foreign policy chief, Federica Mogherini. That blocking statute prohibits EU companies from complying with U.S. economic sanctions on Iran and protects those who work with the Iranian regime from legal implications. So far, Iranian leaders have considered Europe’s proposals and economic guarantees to be insufficient and have indicated they will scrap the agreement unless Europe makes further concessions.

On July 18, the head of the Atomic Energy Organization, Ali Akbar Salehi, announced that since the 2015 nuclear deal, Iran had doubled its stockpile of raw uranium from about 500 tons to about 950 tons. He also announced that Iran’s new factory for producing centrifuges for uranium enrichment had started operating at a rate of up to 60 centrifuges per day. He said that in about 10 months, Iran will reach Supreme Leader Ayatollah Ali Khamenei’s goal of operating 190,000 centrifuges.

While Iranian leaders might keep the letter of the jcpoa deal and limit its uranium enrichment to 3.67 percent—for now, they are clearly “taking every scenario into consideration” and “preparing” for the capacity to reach 90 percent enrichment, enabling them to build nuclear bombs.

Following the recent exchange of threats between the U.S. and Iran, German Foreign Minister Christofer Burger called for “rhetorical disarmament” and said that “threats of military force” from either side “are never helpful.”

Iran’s past and present actions—and Bible prophecy—inform us which threats will prove the least helpful. Iran continually threatens both the U.S. and Europe with military force. The Washington Institute for Near East Policy recently wrote,

Iran has indicated that U.S. withdrawal from the jcpoa might spur it to ramp up assembly of centrifuge components and resume production of uranium hexafluoride feedstock for enrichment—activities that do not violate the jcpoa but inspire fear that Tehran may eventually do so. The regime could also accelerate work on ballistic missiles whose range exceeds its current self-proclaimed limit of 2,000 kilometers. (It announced this limit in 2011 as a gesture to Europe but has since tested a longer-range system, the Khoramshahr, and threatened to exceed that range should Europe threaten Iran.)

Iran’s threat to Europe will skyrocket the moment Iran gains the capability to mount nuclear warheads on those missiles.

Daniel 11:40 describes something akin to a “mother of all wars”—not between the United States and Iran but between a European power led by Germany and radical Islam led by Iran. The Bible’s description of this epic war says the European power “shall come against him [Iran and its allies] like a whirlwind, with chariots, and with horsemen, and with many ships; and he shall enter into the countries, and shall overflow and pass over.”

Read more about that clash in Trumpet editor in chief Gerald Flurry’s free booklet The King of the South.