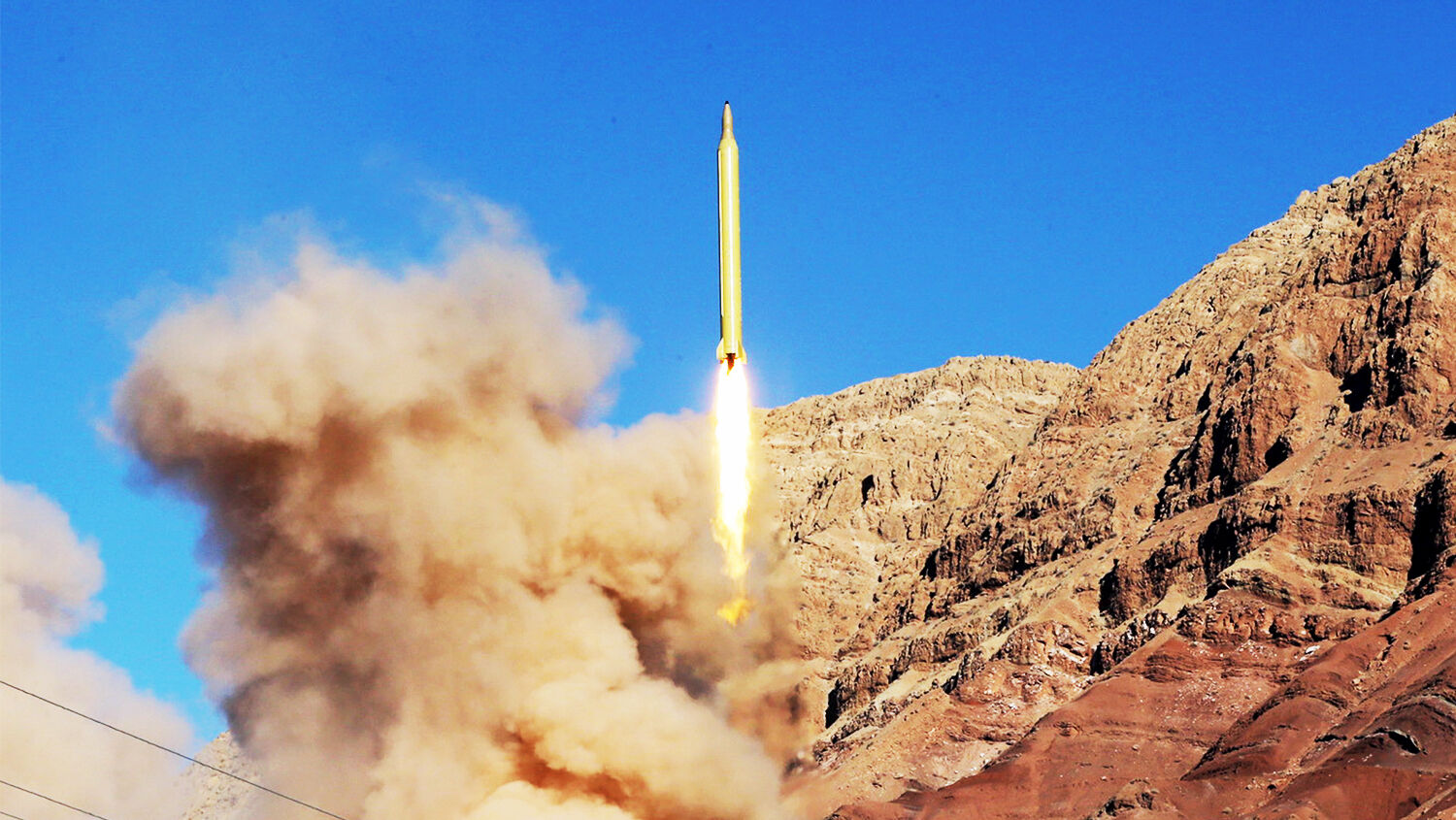 A Qadr ballistic missile is launched in northern Iran on March 9, 2016. The missile, designed and developed in Iran, has a 1,200-mile range.
MAHMOOD HOSSEINI/AFP/Getty Images

The Islamic Republic of Iran is beginning to target Europe with the same aggressive rhetoric that it typically reserves for the United States.

A senior leader of Iran’s Islamic Revolutionary Guard Corps warned that his nation can easily upgrade its ballistic missiles to strike targets anywhere in Europe.

So far, Iran has threatened only the United States with such rhetoric. Last month, Maj. Gen. Mohammed Ali Jafari threatened the U.S. and warned it to “transfer its regional bases to 2,000 kilometers [1,200 miles] away; that is as far as the range of Iranian missiles.”

Iran has been content with that 2,000-kilometer range. In fact, Supreme Leader Ayatollah Ali Khamenei voluntarily set that limit to gain diplomatic and military leverage. It was just enough to allay concerns about Iran’s increasingly belligerent programs (to those who would believe him) while posing a credible threat against U.S. interests in the region. Back in October, General Jafari explained: “At present, [the range] is sufficient because the Americans are in a 2,000-kilometer radius from our country and their attacks will be responded [to].”

Apparently, that range is not sufficient anymore.

According to Fars News Agency, General Salami said Iran had been maintaining the 2,000-kilometer limit as a matter of “strategic doctrine.” He said:

Analysts believe Salami’s threats were a response to pressure that the French, in particular, have been exerting to disarm Iran.

On November 15, a spokesperson for the French Foreign Ministry said:

France is concerned about the continued pace of the Iranian missile program, which does not conform with [United Nations] Security Council Resolution 2231 and which is a source of destabilization and insecurity for the region. … France wishes to examine all the diplomatic options: a frank and uncompromising political dialogue with Iran; investigations by the UN general secretariat; if necessary, new European sanctions against Iranian entities or individuals involved in the ballistic program; and finally opening a negotiation on the subject.

Most of Europe’s current leaders would rather take a more cautious approach in dealing with Iran. Reuters reported that the administration of newly elected French President Emmanuel Macron was pursuing a “tough line” on Iran’s missile program, “despite EU caution.” These leaders are exercising caution even in their efforts to preserve the Joint Comprehensive Plan of Action (jcpoa) nuclear deal with Iran. But they aren’t doing so because they trust Iran; they are doing so because they distrust and fear Iran so much that they choose appeasement rather than confrontation.

It appears that Macron would rather be more confrontational. But Iranian leaders are responding to his diplomatic threats with military threats.

This development is prophetically significant.

The Trumpet has been vigilant in watching Iran expand its power to fulfill its end-time role as “the king of the south.” We have particularly watched Iran’s growing aggression against the U.S. (which its leaders call “the Great Satan”) and against Israel (which its leaders dub “the Little Satan”). But we have especially watched Iran’s growing aggression against Europe.

For centuries, Europe has battled the forces of radical Islam originating from the Middle East, just a little over 2,000 kilometers away. While some of Europe’s current leaders appear less confrontational against Iran, the atmosphere certainly is changing.

As we wrote on November 7, “Iran’s missiles can currently reach as far west as Lithuania, Poland, Slovakia, Hungary, Croatia, Bosnia and Herzegovina, and southern Italy. Unlike with U.S. bases, relocating these nations beyond Iran’s ballistic missile range is obviously not an option.” If Iran extends its missile range beyond the 2,000-kilometer radius, the core nations of Europe will be left with no option but to fulfill Bible prophecy in dramatic fashion.

Here at theTrumpet.com we expect most people will fully understand this prophecy when Europe finally reacts to Iran with such overwhelming force. But why wait? Request a free copy of editor in chief Gerald Flurry’s booklet The King of the South to understand the scriptures, the history and the current news events that are leading up to this confrontation.