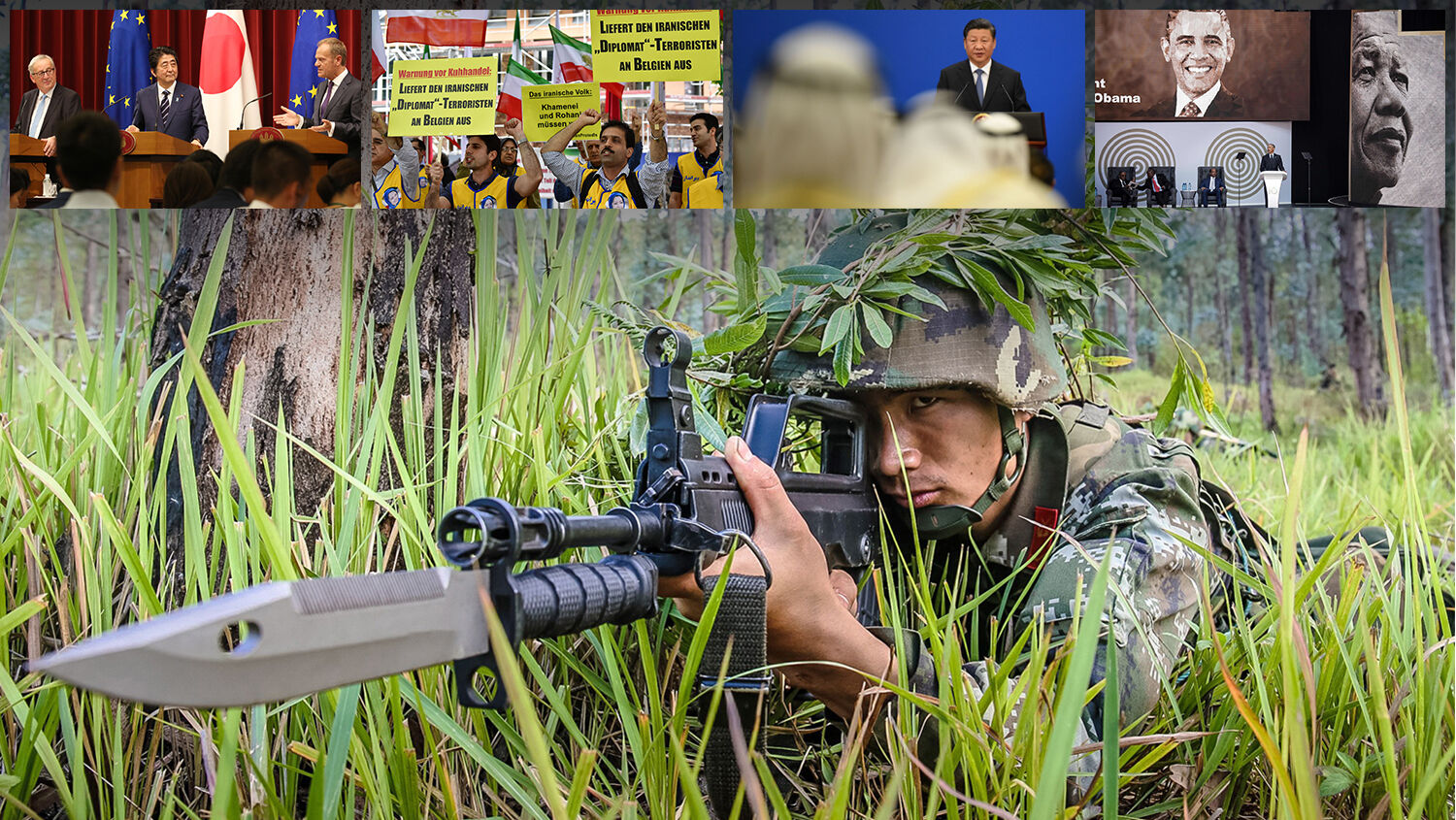 Iranian terror in Europe, Chinese exploits in Taiwan and in the Middle East, and more

An Iranian diplomat allegedly engineered a bomb plot intended to disrupt a rally of an Iranian opposition party in Paris, Politico reported July 14.

Assadollah Assadi, the Iranian diplomat, is the head of Iran’s European intelligence network. He is also an officer in the elite al-Quds Brigade, part of the Islamic Revolutionary Guard Corps. Authorities believe Assadi organized the attack and supplied the bomb materials for the attack which occurred on June 30.

A senior U.S. State Department official told reporters at the July 11 nato conference in Brussels, “If Iran can plot bomb attacks in Paris, they can plot attacks anywhere in the world, and we urge all nations to be vigilant about Iran using embassies as diplomatic cover to plot terrorist attacks.”

The European Union and Japan signed a historic free-trade deal on July 17 in Tokyo that will remove or reduce all tariffs on exports between Europe and Japan. The EU-Japan Economic Partnership Agreement (epa) will create the world’s largest open economic area, covering about a third of the global economy and affecting about 600 million people. The immense trade deal emphasizes the growing economic unification between Europe and Asia as the world reacts to America’s increasing protectionism.

Trade wars have begun, and the Bible prophesies about their economic, political and social ramifications.

At the eighth ministerial meeting of the China-Arab States Cooperation Forum in Beijing on July 10, Chinese President Xi Jinping basically told the representatives from 21 Arab nations and the secretary general of the Arab League that his nation seeks to become more involved in the Middle East. “Arab states and China are natural partners,” he said.

China began a six-day military drill in the East China Sea on July 19 as a threat toward the island nation of Taiwan.

The complex, “live-fire” drills simulate real combat. According to the Global Times, China’s People’s Liberation Army is using the drills to practice its “systematic combat capability, tactics, training methods and capacities of its weaponry and equipment.”

Various prophetic passages in the Bible indicate that Taiwan will eventually fall to China. The drills place China one step closer toward that conquest.

In his first major speech since leaving office, former United States President Barack Obama voiced support for a universal basic income. “[W]e’re going to have to consider new ways of thinking about [socioeconomic] problems, like a universal income, review of our workweek, how we retrain our young people, how we make everybody an entrepreneur at some level,” he said at the Nelson Mandela Annual Lecture in South Africa on Tuesday.

The adoption of unconditional free money policies as a means to end poverty, however, is a recipe for disaster, particularly for the United States. Unless the U.S. adopted a full-blown socialist economic system, this scheme is only good for overloading the welfare system and threatening the destruction of the economy.