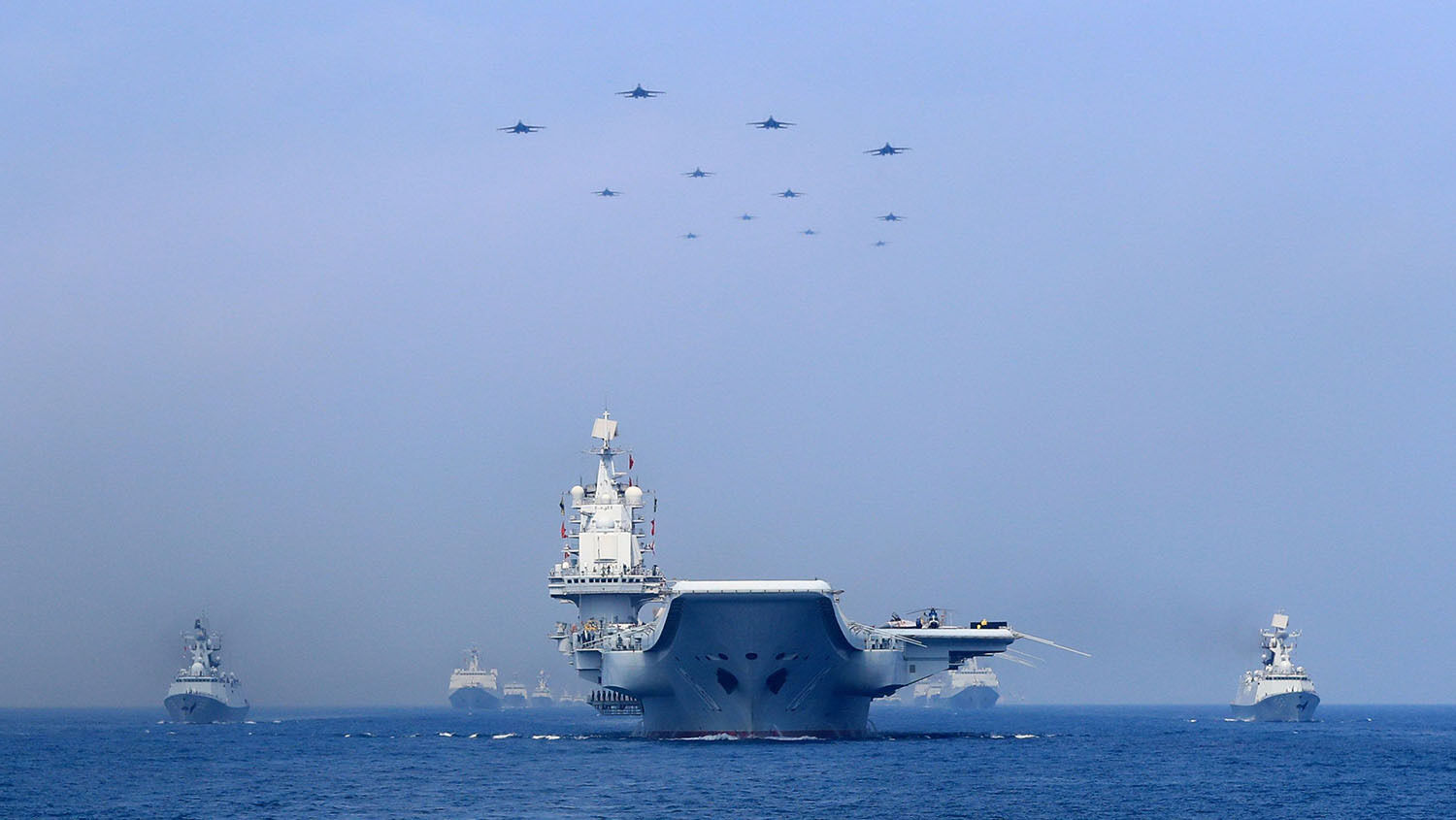 In a demonstration to Taiwan and the world of China’s expanding naval power, the Chinese People’s Liberation Army Navy conducted its second live-fire exercises in the Taiwan Strait on April 18.

The last time China conducted such drills in the Taiwan Strait was in September 2015, four months before Taiwan voted for a president who favors independence from China. This year’s drills came amid an alarming escalation of Chinese belligerence at sea and on land.

On April 11 and 12, China staged its biggest display of military power in the South China Sea to date, barely three weeks after yet another large display of naval power in the region. The April drills involved 48 battleships, 76 aircraft, more than 10,000 personnel and President Xi Jinping himself, dressed in fatigues. On the last day of the exercises, Xi said, “The mission of building a mighty people’s navy has never been more urgent than it is today.”

China’s aggressive sense of urgency is apparent in how the nation brazenly defied an International Court of Justice ruling that rejected its territorial claims in the South China Sea. The ruling seemingly provoked China to assert itself in the region even more. When the United States and its Asian allies conducted freedom of navigation exercises to counter China, the Chinese military responded with its own display of naval firepower and willpower.

In 2015, when the international community began raising concerns about President Xi’s militarization of the South China Sea’s Spratly Islands, China flatly denied the allegations. It continued its denials even when satellite images from 2016 provided tangible evidence of its military operations on those islands. But on April 10, just one day before its drills, China’s Defense Ministry acknowledged that it was indeed militarizing the South China Sea and said that it was China’s “natural right as a sovereign nation” to do so.

The Chinese military is rapidly increasing in power, thanks in large measure to its growing naval power. Prof. Alfred W. McCoy of the University of Wisconsin–Madison explained:

Naysayers who dismiss China’s challenge might remind us that its navy only operates in two of the metaphoric “seven seas,” a pale imitation of the U.S. Navy’s robust global posture. Yet China’s rising presence in the Indian and Pacific oceans has far-reaching geostrategic implications for our world order. In a cascading series of consequences, China’s future dominance over significant parts of those oceans will compromise the U.S. position on the Pacific littoral, shatter its control over that axial end of Eurasia, and open that vast continental expanse, home to 70 percent of the world’s population and resources, to China’s dominion. Just as [former U.S. National Security adviser Zbigniew] Brzezinski once warned, Washington’s failure to control Eurasia could well mean the end of its global hegemony and the rise of a new world empire based in Beijing.

China’s renewed pressure on Taiwan is both a result of that military buildup and a direct challenge to Taiwan’s chief ally, the United States. While Xi’s predecessors tended to kick the Taiwan can down the road, China’s new “emperor for life” likely feels greater pressure and greater ability to seize Taiwan. On March 20, as Trumpet contributor Jeremiah Jacques reported, President Xi vowed to push for the “reunification of the motherland” and threatened Taiwan with what he called “the punishment of history” if it made any attempt at further separating from the mainland.

As strong a message as these drills in the Taiwan Strait sent to Taiwan, some military observers believe the abruptness of the drills indicate that they were also intended to send a strong message about China’s support for Russia by diverting attention from Russia’s failures in Syria. “It’s very likely that as Russia’s strategic partner, China [is using its] navy to show its political support to Russia at such a sensitive moment,” said military expert Antony Wong Dong. At any rate, it’s clear that China is indeed challenging the U.S. “across almost every domain.”

In an article for the August 1998 Trumpet magazine, editor in chief Gerald Flurry wrote, “How could anyone fail to see that Taiwan is destined to become a part of mainland China? These 21 million people are going to be forced into the Chinese mold; and it is going to happen for one reason: because of a pitifully weak-willed America.”

Mr. Flurry based his assessment on Bible prophecies in the books of Leviticus and Daniel. These prophecies describe America’s enemies gaining control of the world’s vital sea gates. In 1998, the idea of Taiwan being swallowed up by China seemed unlikely. But now, with America’s security assurances so much in doubt and China growing so powerful and willing to use its power, it is easy to see how Mr. Flurry’s forecast could soon occur.

To understand the significance of the rise of Xi Jinping’s China in the context of Bible prophecy, please read Mr. Flurry’s article “Taiwan Betrayal” and request a copy of our free booklet Russia and China in Prophecy.