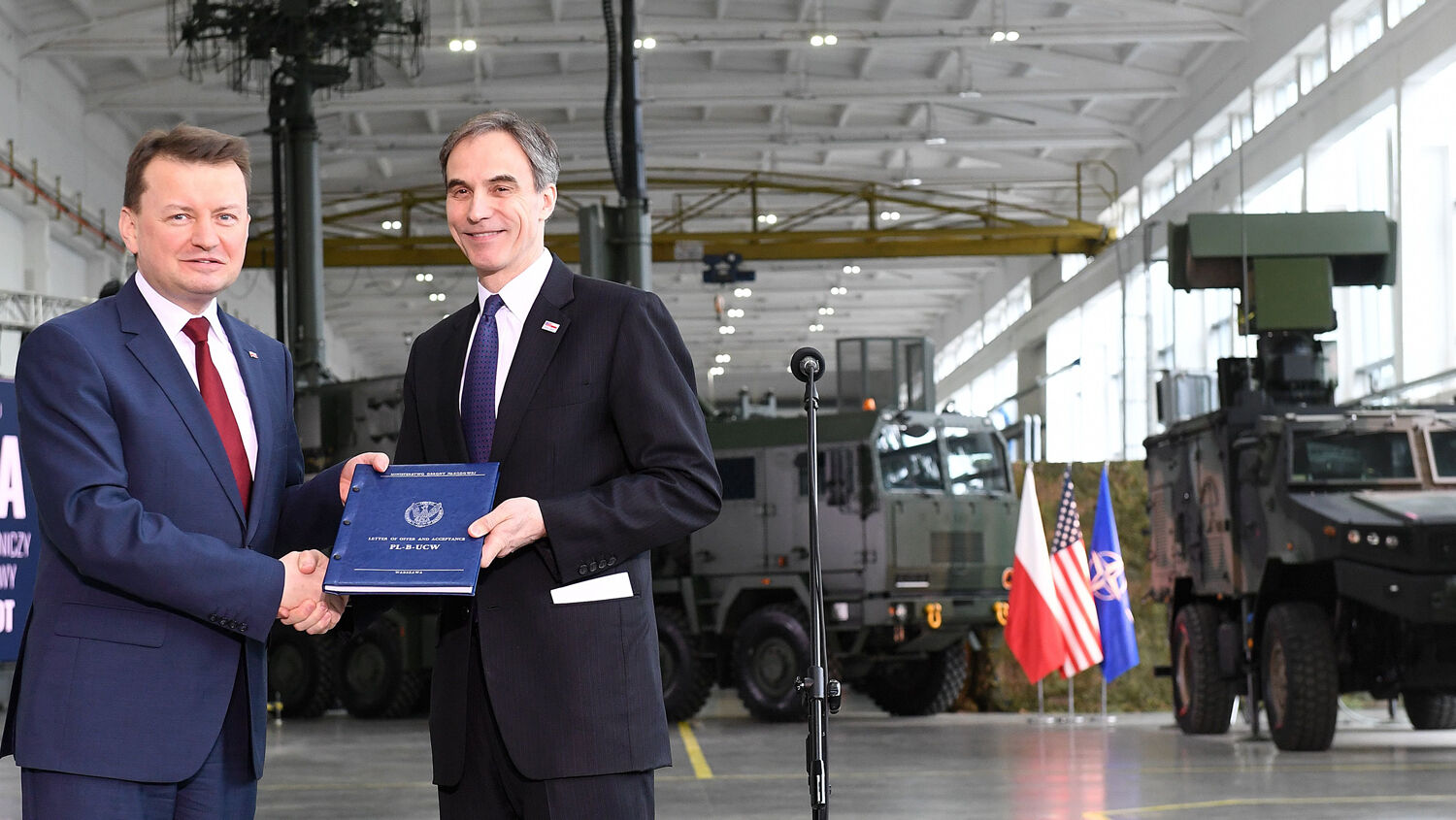 Polish leaders made history on March 28 by signing the largest arms deal their country has ever made. Polish Defense Minister Mariusz Błaszczak and other members of the government signed a contract with the United States-based Raytheon Co., agreeing to the purchase of a high-tech Patriot missile defense system.

Reports say the defense system will cost around $4.7 billion and includes integrated radar, launchers, command units, and a control system that protects against aircraft, drones, cruise missiles and ballistic missiles.

The purchase is an effort to modernize Poland’s aging military. “It is an extraordinary, historic moment; it is Poland’s introduction into a whole new world of state-of-the-art technology, modern weaponry and defensive means,” said Polish President Andrzej Duda.

Considering Russia’s increasing military aggression, it is easy to see why Poland is so eager to bring its military up-to-date, especially considering that most of its current weaponry dates back to the Cold War.

In recent years, Russia has relentlessly rebuilt its own military power and preparedness. As a percentage of its gross domestic product, Russian military spending is one of the highest in the world: It spends 4.5 percent of its gross domestic product on maintaining and expanding its armed forces and nuclear program. Russian President Vladimir Putin told the nation’s top military manufacturers in November 2017 that companies of all sizes must be ready to quickly switch to weapons production.

Further adding to Poland’s fear are Russia’s recent invasions of Georgia and Ukraine. In both cases, the lead-up to the initial assault was masked by military exercises—exercises very similar to Zapad 2017, which took place next to Poland and the Baltic States. This history alone would justify Poland’s decision to boost its defenses with the Patriot system.

“Fourteen other countries, including six nato members, have the Patriot missile,” wrote Lidia Kelly for Reuters. “Romania agreed in November to buy Patriots and the U.S. government has also approved sales to Sweden. Switzerland last week announced it was also looking at the Patriot among other systems in a competition expected to kick off later this year.”

Poland’s historic weapons deal is a sure sign that it, like many other European countries, is growing increasingly fearful of Russia.

In his 2004 article “Russia Frightens Europe—and Fulfills Bible Prophecy,” Trumpet editor in chief Gerald Flurry discussed the biblical significance of Russia’s rise and its effects on Europe. At the time, he focused on the Russian elections and the consolidation of Putin’s grip on power.

Many scriptures refer to a future clash between Europe and Russia. Referring to a united and armed Europe, Daniel 11:44 states: “But tidings out of the east and out of the north shall trouble him [the king of the north] ….” This passage declares that in the end time, the very time we find ourselves in today, news from the northeast will cause Europe great alarm and anxiety. What major power is northeast of Europe? Russia.

Read “Russia Frightens Europe—and Fulfills Bible Prophecy” and compare what the Bible says to what is happening in Europe and Russia today.