Russian military aggression in Eastern Europe is leading to a prophesied clash of civilizations. 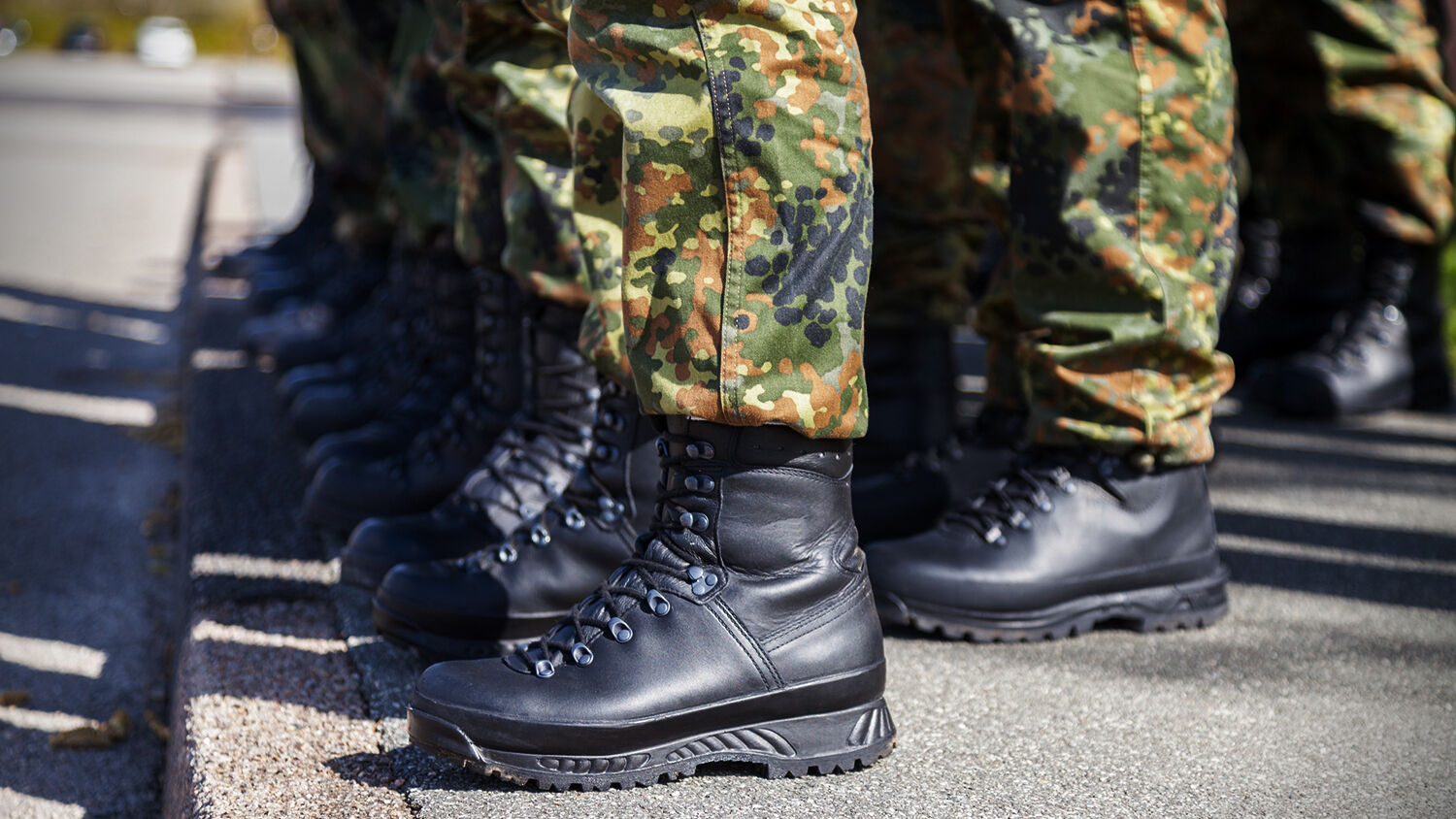 Russian military aggression in Eastern Europe is leading to a prophesied clash of civilizations.

Fear of Russia is driving Eastern Europeans to prepare for war. From Scandinavia to the Black Sea, people worry that they will be the next victims of a Russian attack.

Dormant in the 1990s after the collapse of the Soviet Union, Russia has made a tremendous economic and military comeback over the past two decades.

Russian ships and spy planes have probed the borders of nations as near as Sweden and as far as the United Kingdom. Russian jets have entered the airspace of Estonia, Finland and Lithuania.

As Newsweek wrote, Russia’s annexation of Crimea gives former Soviet countries such as Lithuania, Latvia and Estonia a right to be concerned about Russia’s expansionist plans. “[T]he increased air force presence during a time of tense relations and high Russian military reinforcement has repeatedly unnerved nato’s Baltic allies who have argued it makes it all the easier for Russia to mask any potential assault,” it wrote (Sept. 19, 2017).

In Georgia (2008), in Crimea (2014) and in eastern Ukraine (ongoing), Russia has steamrolled parts of its former satellite states and expanded its influence, its power and its literal borders.

Last November, Russian President Vladimir Putin commanded his country’s top military manufacturers to prepare to increase weapons production in the event of a sudden declaration of war. He also spoke about Russia’s need to catch up and overtake the West militarily. “Our army and navy need to have the very best equipment—better than foreign equivalents,” he told a conference of military leaders on Nov. 21, 2017. “If we want to win, we have to be better.”

Russian political and military aggression is real, and Europeans in the line of fire have a lot to be fearful of.

In the last conflict between major world powers, Russia was violent and dangerous. In the early years of World War ii, Russia invaded Poland and then coerced Estonia, Latvia and Lithuania into mutual assistance treaties. Russia’s soldiers committed numerous atrocities against soldiers and civilians.

During the Cold War, Russia built a vast stockpile of nuclear warheads and launch systems. It still maintains many of those weapons and by some counts has more nuclear bombs than the United States. If another conflict between major powers erupted, Russia could detonate those weapons over European cities.

A Jane’s Defense Budget Report released on Dec. 18, 2017, states that worldwide military spending will reach $1.67 trillion in 2018 and that much of this spending is taking place in Eastern Europe.

“The region with the fastest-growing defense expenditures, not surprisingly, is the Baltics region in Eastern Europe,” the report said. “Estonia, Latvia and Lithuania are facing increased pressure from Russia as Moscow looks to expand its influence westward.”

Other countries in Russia’s ever expanding sights—such as Belarus, Ukraine and Georgia—are following suit. Reports say that the pace of spending is reaching that of Cold War levels.

Sweden has revived conscription and funneled an extra $780 million into its national defense budget for 2016–2020. This spring, government pamphlets will be distributed to 4.7 million Swedish homes. According to cnn, these pamphlets urge Swedish citizens to prepare not only for “crisis and catastrophes in peacetime, but also for different kinds of attacks on society and Sweden.” They provide information on how to behave in an air-raid shelter, how to secure food and water in wartime, and how to pack practical clothing and gas masks if distributed in an emergency.

The last time materials of this sort were disseminated to the Swedish public, World War ii was raging.

Motivated by fears over border security, thousands of Lithuanians are forming civilian militia groups. With a population of less than 3 million and a standing army of only 16,000, Lithuania is vulnerable to invasion. The Mirror reports that over 10,000 people have signed up for the militia outfit known as the Rifleman’s Union. The members of this militia are training with military-grade weapons and survival gear.

Groups such as the Rifleman’s Union are attracting many young members into their ranks. According to the Atlantic, about half of the volunteers are under age 18 (Nov. 26, 2017).

The Estonian Defense League and the Latvian Youth Guard have both experienced increases in membership and are likewise composed of youths, bikers, ex-soldiers and hunters. The Atlantic wrote, “Each group has its own division dedicated to training young men and women in military tactics and patriotism …” (ibid).

Ukrainian government forces continue to fight back against pro-Russian troops in the eastern part of the country. These troops are supported by Russia, and it is considered an open secret that unmarked Russian officers and troops are actually in Ukraine, fighting against Ukrainian forces. It’s no secret at all that pro-Russian forces in eastern Ukraine are using Russian-made armored vehicles.

The idea that Russia is committed to peace in the region is laughable considering the strong moves its military has made in attacking Georgia and annexing Crimea.

Each time the U.S. and nato fail to resist Russian expansion, East European countries’ faith in their Western allies withers. Their reaction is an increase in military armament.

Under the Trump presidency, U.S. reliability is being called into question even more than it was during the Obama administration. After a nato summit in May 2017, German Chancellor Angela Merkel, one of the most influential world leaders, said that Europe could no longer depend on America.

In an event hosted by the National Interest on April 27, 2016, presidential candidate Donald Trump made the following comments on foreign policy: “Our allies must contribute toward the financial, political and human costs of our tremendous security burden. But many of them are simply not doing so. … We have spent trillions of dollars over time on planes, missiles, ships, equipment—building up our military to provide a strong defense for Europe and Asia. The countries we are defending must pay for the cost of this defense—and, if not, the U.S. must be prepared to let these countries defend themselves.”

Such comments have led European leaders to reevaluate their defense strategy. “The times in which we could rely fully on others—they are somewhat over,” Ms. Merkel said, speaking of Europe’s relationship with America. “We have to know that we must fight for our future on our own, for our destiny as Europeans.”

The Trumpet has been watching this growing trend for over a decade.

In his 2004 article “Russia Frightens Europe and Fulfills Bible Prophecy,” Trumpet editor in chief Gerald Flurry discussed the biblical significance of Russia’s rise and its effects on Europe. At the time, Mr. Flurry focused on the Russian elections and the consolidation of Putin’s grip on power.

After years of Russian economic and military growth, that warning is now more urgent than ever.

The consequences of Russia’s rise to power are dire, not only for Europe but for the entire world. God foretold a coming clash of civilizations to occur in the time of the end. Daniel 11:40-43 warn of an end-time “king of the north,” a united Europe led by Germany. (For proof, request our free book The Holy Roman Empire in Prophecy.)

Verse 44 states: “But tidings out of the east and out of the north shall trouble him [the king of the north] ….” This passage declares that in the end time, the very time we find ourselves in now, news from the northeast will cause Europe great alarm and anxiety. Looming to the northeast is one major power: Russia.

But notice what is prophesied to happen next: “[T]herefore he shall go forth with great fury to destroy, and utterly to make away many” (verse 44).

There is a great war coming. Every additional anxious preparation for war that Europe makes brings the world a step closer to this prophesied clash of powers.

Watch events in Europe with this prophecy in mind. Continue to watch for increasing anxiety in Europe to push its nations to rise to meet the threat of Russia.