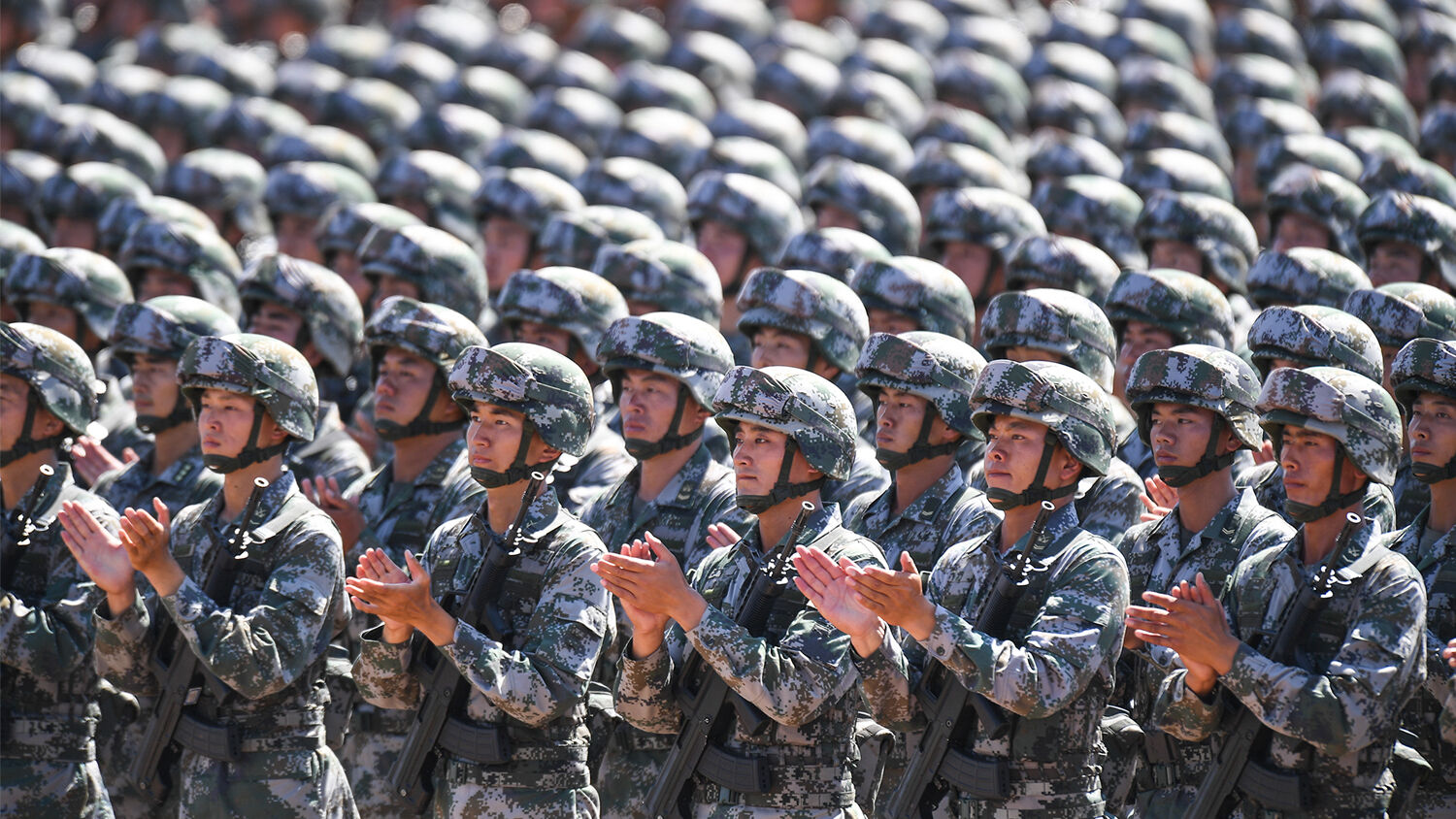 A military parade is held at Zhurihe military training base to mark the 90th anniversary of the creation of China’s People’s Liberation Army.
China News Service/VCG/Getty Images

What is behind China’s increasing presence in Central Asia?

China will build a military base along the border between Afghanistan and Tajikistan for the Afghan armed forces, according to a January 7 report by EurasiaNet. “The plan, if it is realized, promises a deeper Chinese military involvement in Tajikistan, which is necessary as a supply corridor to Badakhshan,” the report said.

The plan calls for China to supply the base with weapons, uniforms and gear, and also for Beijing to move military vehicles through Tajikistan into Afghanistan.

The news follows a visit in December by an Afghan military delegation to Beijing. Afghan Defense Minister Tariq Shah Bahrami said the two sides agreed during the visit to “deepen pragmatic cooperation in various fields including antiterrorism operations, and push forward the state and military relations between the two countries.”

Building a military base in this region fits in with China’s growing security ties to Afghanistan and its increasing presence in Central Asia.

China has been ramping up its ties with nations in this region partly to fight terrorism. Tajikistan and Afghanistan are often breeding grounds for Islamic extremism, some of which has spilled into China. The base will help China address its security concerns on its western border.

China’s increasing focus is also motivated by its Belt and Road Initiative. This project aims to rebuild the ancient Silk Road trade route, stretching from China to Europe by boosting connectivity and transport infrastructure along the thousands of miles between the two, a route that passes through Afghanistan and Tajikistan. “An increasingly important component of Beijing’s Belt and Road Initiative can be found in the Central Asian corridor that connects China and Afghanistan,” Stratfor wrote on January 11.

The Trumpet monitors China’s progress on the Belt and Road Initiative because of the project’s biblically prophetic significance. Isaiah 23 discusses a “mart of nations” that will form in modern times and function as a massive economic partnership. At the helm of the “mart of nations” will be a country Isaiah refers to as Chittim, an ancient name for modern-day China. Also at the helm will be Tyre, a city that represents the commercial center of modern Europe.

Isaiah 23 says these two economic powers will become partners and will control global commerce for a brief time. Deuteronomy 28:52 makes clear that this trade partnership will form at America’s expense.

Trumpet editor in chief Gerald Flurry explains the details of this economic “mart” in his booklet Isaiah’s End-Time Vision:

Instead, Asian nations such as China will assist in carrying out the attack. Mr. Flurry says the fact that “China has come to possess most of the world’s strategic sea gates” shows that “there may be a brief alliance between the German-led Holy Roman Empire and certain Asian powers ….”

The significance of China’s growing presence in Afghanistan and Tajikistan is revealed in these Bible prophecies. And China’s drive to connect itself to Europe through Central Asia and the Middle East is already redirecting some international trade in a way that marginalizes the United States.

This trend points to some troubling times ahead for America and some of its allies. But these troubling times will be immediately followed by the most prosperous and peaceful age in mankind’s history. Mr. Flurry writes: “[W]hat a dynamic market of nations it is. All of them are going to besiege America, Britain and the Jewish nation. … But that trading partnership won’t last long. Soon they will clash, just before Jesus Christ returns and destroys both of them” (ibid).

China’s increasing presence in Central Asia and beyond is leading to the long-awaited return of Christ! He will usher in an age of peace and prosperity for the Chinese, Afghans, Tajiks, Europeans, Americans and all other peoples.