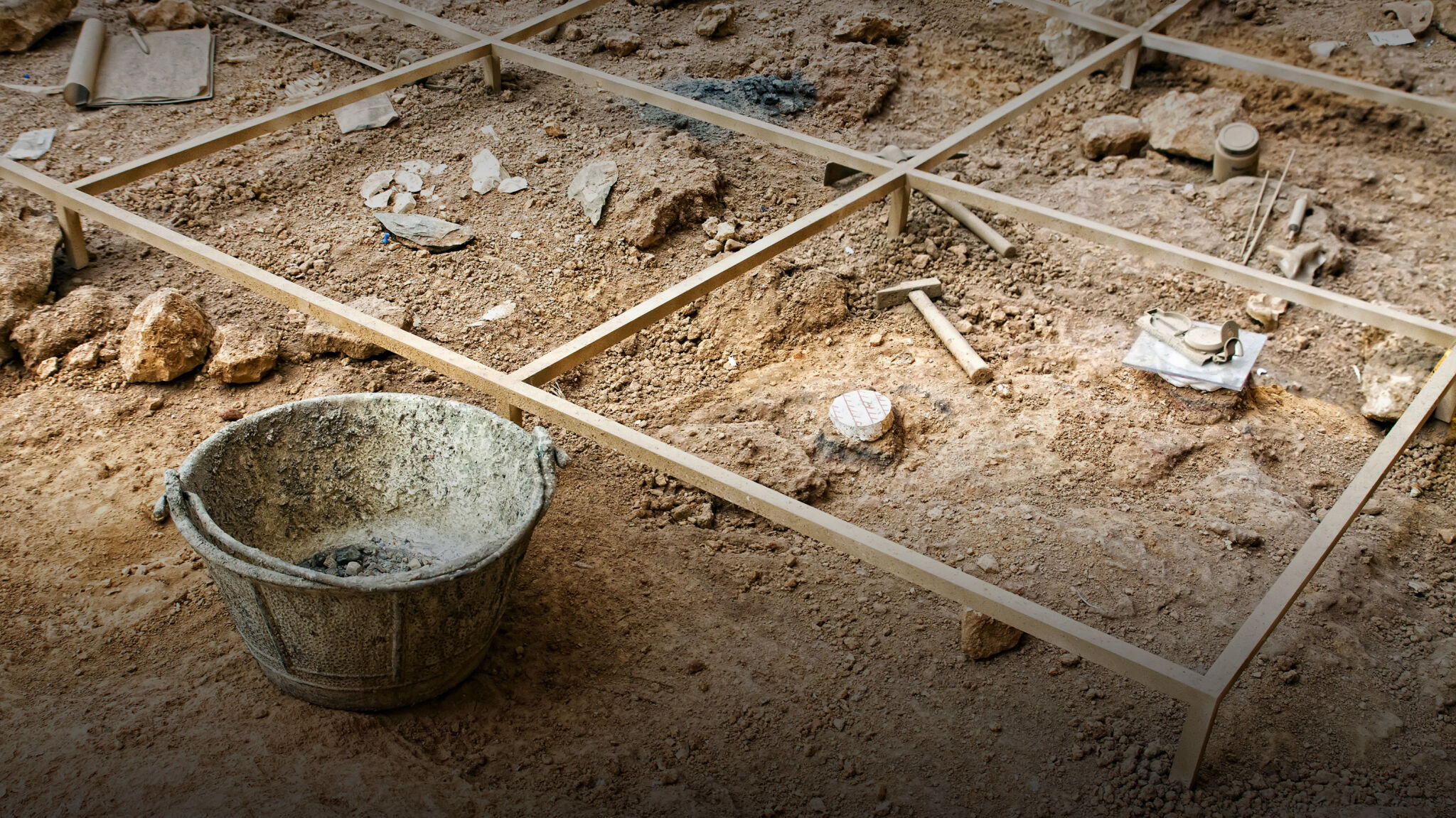 Some of the earliest chapters in the Bible focus on a man named Abraham. The scriptural record of his life begins with God telling him to leave his country and take a journey of faith to the land of Canaan.

Did you ever wonder why God told Abraham to do this? Surprising as it may sound, archaeological discoveries and ancient texts suggest that Abraham’s journey actually related to astronomy and advanced mathematics. These clues have helped shed light on the remarkable life of Abraham before his sojourn in Canaan—and one reason he had to leave.

The Genius of Ancient Babylon

Modern scientists have been coming to grips with the sheer mathematical genius of the ancient Babylonians. Here is an example: You may remember the Pythagorean theorem from the math classes you took in school. Around the early 500s b.c., Greek mathematician Pythagoras discovered the theorem for working out the hypotenuse, the longest side of a right-angle triangle. Since that time, Pythagoras’s name has been given to the method. But the Babylonians had already discovered it over 1,200 years earlier!

A mathematical tablet discovered a century ago and dating to around 1800 b.c. showed text fulfilling the triangular equation of a2 + b2 = c2. The artifact, known as Plimpton 322, has only recently been reexamined. Scientists have been stunned, not only by this one equation, but also by the general knowledge of trigonometry the tablet displays. Like the Pythagorean theorem, trigonometry was classically attributed to the Greeks, dated to around 120 b.c. Yet this Babylonian document displays trigonometric understanding around 1,700 years earlier!

Mathematician Daniel Mansfield stated: “Our research shows [Plimpton 322 is] a trigonometric table so unfamiliar and advanced that in some respects it’s superior to modern trigonometry” (Independent, Aug. 24, 2017).

And their genius went beyond complex mathematics—it was also evident in astronomy. Some of the earliest known astronomy texts from Babylon describe observations of the planet Venus. The Babylonians were able to predict where certain planets could be found in the sky at a given point in the future. They also could work out and predict, hundreds of years in advance, when and where eclipses would occur.

In the fourth century b.c., Greek philosopher Callisthenes acquired a series of Babylonian astronomy documents covering observations from throughout the previous 2,000 years. And some time after 400 b.c., a Babylonian tablet was written showing a “trapezoid procedure” for calculating the path of the planet Jupiter. This method displayed one of the foundational principles of calculus—thought to have been discovered 1,400 years later.

What does any of this have to do with the patriarch Abraham?

The book of Genesis states that Abraham was originally from the Chaldean city of Ur. The Chaldeans were a Babylonian tribe of especially gifted scientific people. Abraham grew up right in the golden age of scientific discovery in Babylon during the 1900s to 1800s b.c. But he wasn’t merely exposed to Chaldean-Babylonian astronomy and mathematics; ancient historians record that he was a leading light in these fields.

Third-century b.c. Chaldean historian Berosus wrote, “In the 10th generation after the Flood, there was among the Chaldeans a man righteous and great, and skillful in the celestial science.” While Berosus did not name this man, first-century a.d. historian Josephus stated that he was referring to the patriarch Abraham. (This aligns with the biblical account, which speaks not only of Abraham being “righteous,” but also in Genesis 11 of his being born in the 10th generation after the Flood.) Further, Josephus pointed to sixth-century b.c. Greek historian Hecataeus, who composed an entire book about the patriarch’s exploits. (Sadly, only two fragmentary works from Hecataeus’s many writings have survived.) First-century b.c. historian Nicolaus of Damascus also wrote of Abraham’s prominence before his sojourn in Canaan.

Sir Walter Raleigh’s The History of the World (1614) referenced first-century a.d. historian Philo of Alexandria, saying that Abraham, through astronomy, “together with the motions of the stars and other heavenly bodies … found out the knowledge of the true God, while he lived in Chaldea.” He further referenced a number of ancient historians who collectively agreed “that Abraham, the holiest and wisest of men, did first teach the Chaldeans, then the Phoenicians; lastly, the Egyptian priests, [astronomy] and divine knowledge” (Chapter 2, Section 2).

Thus we see Abraham attributed by many as one of the chief instructors of the elite Chaldeans in their advanced knowledge!

But Abraham did not just study and teach science for science’s sake. Through science, he proved the existence of the one true God.

Josephus wrote: “[Abraham] was the first that ventured to publish this notion, That there was but one God, the Creator of the universe …. This his opinion was derived from the irregular phenomena that were visible both at land and sea, as well as those that happen to the sun and moon, and all the heavenly bodies, thus:—‘If [said he] these bodies had power of their own, they would certainly take care of their own regular motion; but since they do not preserve such regularity, they make it plain, that in so far as they cooperate to our advantage, they do it not of their own abilities, but as they are subservient to Him that commands them; to whom alone we ought justly to offer our honor and thanksgiving’” (Antiquities of the Jews, 1.7.1).

Abraham lived in a world where multiple gods were worshiped, including planetary deities. As an astronomer, he knew that the paths and patterns of heavenly bodies were constant and predictable. Thus, he knew that they could not be freethinking, independently behaving gods. In addition, the fact that they even existed in the first place, and all worked together in perfect harmony, proved that there is a Creator who established the mathematical laws by which the heavens perfectly operate. Thus, Abraham proclaimed the existence of one God, the Creator and Lawgiver, to his fellow Chaldeans.

Rejected by Chaldea, Embraced by Egypt

Of course, one can imagine that in a society such as Abraham’s, the teachings of the true God were not well received. The skilled mathematicians and astronomers of Chaldea were certainly discerning enough to understand Abraham’s arguments, but they refused to teach them to the people. Instead, they continued to peddle the popular doctrine to the Babylonian populace that they were subject to the whims of a plethora of celestial gods.

The quarrel with Abraham came to a head, as Josephus described: “For which doctrines, when the Chaldeans and other people of Mesopotamia raised a tumult against him, he thought fit to leave that country; and at the command and by the assistance of God, he came and lived in the land of Canaan.”

This is where the familiar biblical story picks up: in Genesis 12, with God’s instruction to Abraham to emigrate to a new land.

After Abraham arrived in Canaan, a famine forced him to relocate temporarily to Egypt. Josephus provided further details about Abraham’s time in Egypt: “For whereas the Egyptians were formerly addicted to different customs, and despised one another’s sacred and accustomed rites, and were very angry one with another on that account, Abram conferred with each of them. … He communicated to them arithmetic, and delivered to them the science of astronomy; for, before Abram came into Egypt, they were unacquainted with those parts of learning; for that science came from the Chaldeans into Egypt, and from thence to the Greeks also” (Antiquities of the Jews, 1.8.2).

Thus we see Abraham had a massive impact on the education of the Egyptians in transferring to them the primarily Chaldean skills in mathematics and astronomy. Not coincidentally, it was after this time that Egypt began to rise as a truly powerful empire.

The Abraham of the Bible is known as the righteous, faithful patriarch—father of the Israelite peoples through his son Isaac, and father of the Arab peoples through his son Ishmael. Yet we see through multiple complementary historical accounts that he was also a renowned astronomer and mathematician whose instruction positively influenced the ancient Chaldean and Egyptian worlds. And while his name hasn’t yet been discovered in ancient Babylonian inscriptions, the scientific tablets that have been found give a unique insight into Abraham’s world—and could even be the product of some of his own teaching!

What we are rediscovering about the skill and knowledge of ancient Babylonia is truly remarkable. Ancient Babylonian wisdom has been preserved to this day—such as contributing to our 360-degree circle, our 60-second minute and our 60-minute hour.

To a limited extent, modern science has even followed Abraham’s wisdom in astronomy. We know that it is ludicrous to worship as gods the planets, stars and moons with their perfectly predictable patterns and behaviors. But we have gone too far in the opposite direction, now believing that there is no God.

Abraham used the cosmos to prove the existence of God. The fact that celestial bodies exist, and that they follow specific patterns and laws, necessitates a Creator and a Lawgiver. And the particular, astounding aspects of the universe, becoming plainer all the time, show more and more clearly that this did not just happen—it is all the result of careful, deliberate design, engineering and creation.

We like to think of modern society as being the most “advanced” in history. Yet to believe that no God exists—that every particle, law and function in the universe is a product of accident and chance—is as unsupportable and foolish as the antiquated beliefs in numerous gods.

If he were somehow brought back to life, how would Abraham fare as an educator, mathematician or astronomer in today’s academic and scientific climate? Undoubtedly our godless societies would drive him out as well.