As knowledge increases, so do world evils. Here’s why science can’t solve our problems. 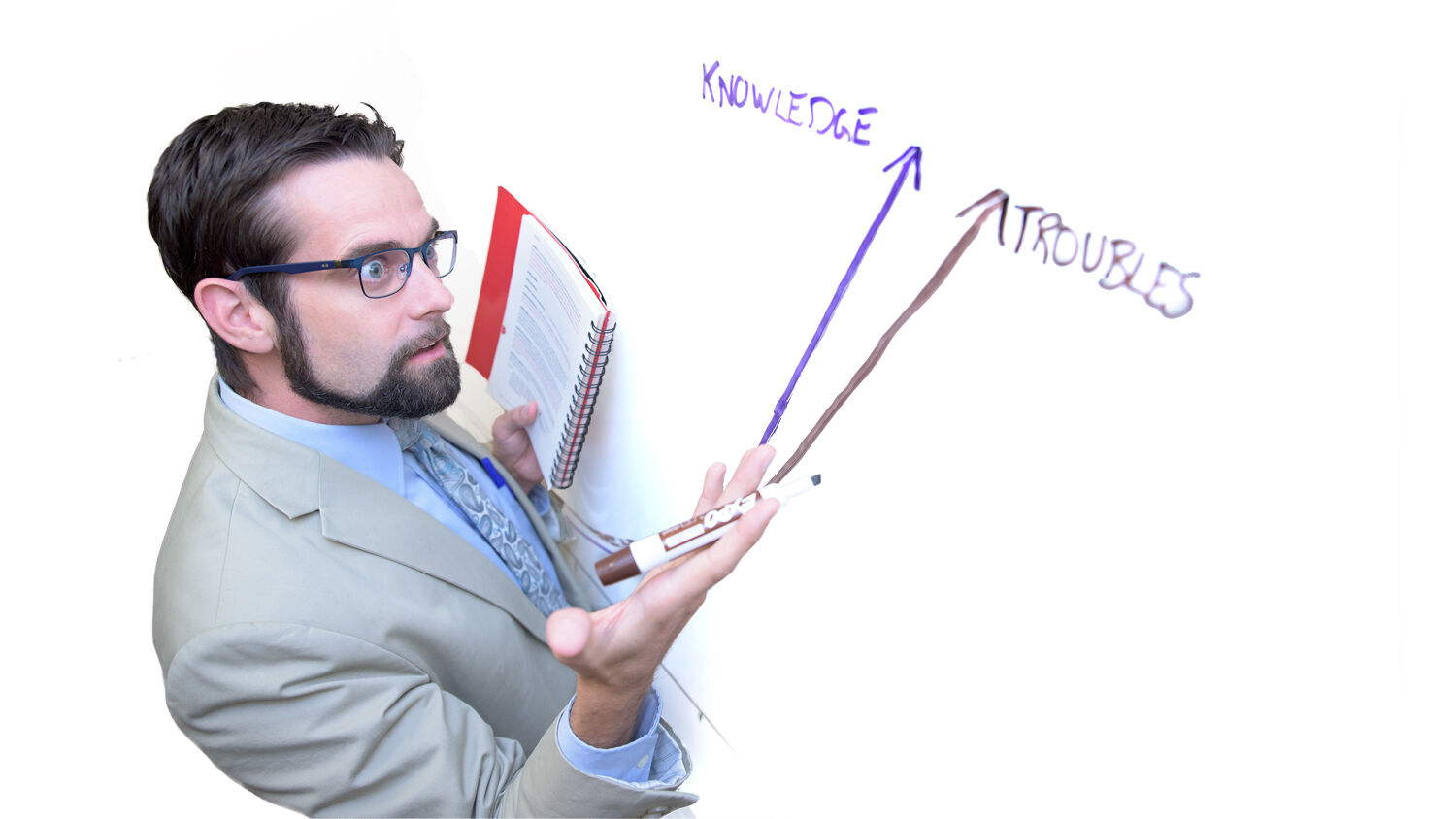 As knowledge increases, so do world evils. Here’s why science can’t solve our problems.

Give us sufficient knowledge, and we will cure all the problems in the world. In effect, that is the promise science has made to modern society. Many people are in awe of science. It has become the modern messiah.

Scientists have uncovered myriad laws of nature and put them into mankind’s service. Each new invention is more dazzling than the last—to the point that scientists think the highest thing in existence is the human mind. All it needs is more knowledge.

Uncovering and using the laws of nature has brought immense good. But even though science has led to stunning advancements, something is wrong. We do have exponentially multiplying amounts of knowledge. But that knowledge has not solved immorality, illiteracy, broken homes, crime, insanity, hatred or war. In fact, our evils are multiplying. We need to admit that something is dreadfully wrong with our knowledge.

“We are face to face with the stern fact that increasing evils have escalated alongside increasing knowledge!” Herbert W. Armstrong wrote. “That is not to say that the increased knowledge caused the growing evils. It does mean that the knowledge produced did not cure existing evils or prevent new evils!” (Plain Truth, May 1985; emphasis mine throughout).

Has science given us hope for the future? Then why are so many people both young and old continuing to wreck their lives with drug addiction, sexual deviance and other sorts of crippling vices? In many ways, science is a false messiah that threatens to become a Frankenstein monster.

What is wrong with science?

I recently read the introduction to Timescape, a science-fiction novel. It expresses the hope that science will create a Garden of Eden—a paradise on Earth. Has God not already done that? Could He not do it again? In fact, He will do it again—in spite of man! And this will happen very soon—in most of our lifetimes. Yet scientists push God out of the picture.

Believe it or not, the problem with science is actually revealed in the biblical record of the original Garden of Eden!

Where Rebellion Against God Began

From that point, God allowed human beings to devise their own systems of science, religion and education—apart from His revelation and direction.

We have accumulated more and more godless knowledge, and we have become more and more disdainful of God. We are following in the footsteps of the first man and woman. Just as they did, we say, We don’t want God, we want knowledge. But doesn’t the explosion of evil around us prove that we can’t acquire true knowledge on our own?

Jesus Christ said, “[T]his people’s heart is waxed gross, and their ears are dull of hearing, and their eyes they have closed” (Matthew 13:15). Scientists won’t even consider the possibility of a supernatural Creator. They shut off their senses to any proof of God’s existence.

“Academic freedom is defined as the independent judgment allowed teachers, scholars, scientists and students in the pursuit of knowledge,” Mr. Armstrong wrote. “Science as a whole, and higher education, have exercised the academic freedom to postulate a creation without a Creator. They have engaged in the activity of knowledge production with total rejection of any possibility of the miraculous, the supernatural, the existence of God—or anything outside the realm of the material. They have utterly rejected revelation as the source of basic knowledge!” (ibid).

Some scientists devote their lives to researching the origin of Earth and mankind. But they won’t accept the truth. Instead, they promote the unprovable hypothesis of evolution. God tells us to “[p]rove all things” (1 Thessalonians 5:21). Scientists are big on proof, observation and logic—yet they don’t prove all things!

It should be no surprise that scientists today reject the Creator. After all, those in Christ’s day reviled and denied the Son of God in the flesh. “And thou, Capernaum, which art exalted unto heaven, shalt be brought down to hell: for if the mighty works, which have been done in thee, had been done in Sodom, it would have remained until this day” (Matthew 11:23). Those in Capernaum were “exalted unto heaven,” filled with intellectual vanity. They wouldn’t even be taught by Jesus Christ! That is the problem with scholars, scientists and man in general.

“But I say unto you, That it shall be more tolerable for the land of Sodom in the day of judgment, than for thee” (verse 24). Intellectual vanity is more dangerous than the sexual sins of Sodom!

Consider: Modern civilization has enormous amounts of knowledge, some of it good, some of it evil—and we find that our greatest problem today is whether or not the human race will even survive!

“At that time Jesus answered and said, I thank thee, O Father, Lord of heaven and earth, because thou hast hid these things from the wise and prudent, and hast revealed them unto babes” (verse 25). God purposely keeps scientists, intellectuals and the vast majority of mankind under a cloak of ignorance. Only the humble, teachable few that He selects can receive God’s truth. “My people are destroyed for lack of knowledge,” God says (Hosea 4:6). This clearly isn’t referring to physical knowledge: Human beings have that in abundance. People are sorely lacking in the knowledge of God because they are eating from the wrong tree—the tree that leads to physical death, and to the destruction of all humanity!

Mankind simply is not equipped to solve world problems. Physical knowledge—good mixed with evil—isn’t enough! We are missing the Spirit of God, which combines with the human spirit to give human beings real understanding, understanding that can actually begin to solve our evils. Without God’s Spirit, the carnal mind is naturally hateful toward God (Romans 8:7) and unable to solve its evils.

“But blessed are your eyes, for they see: and your ears, for they hear. For verily I say unto you, That many prophets and righteous men have desired to see those things which ye see, and have not seen them; and to hear those things which ye hear, and have not heard them” (Matthew 13:16-17). Those whom God blesses with this understanding possess the only true academic freedom.

Science has only scratched the surface of the tremendous wonder that fills the universe. But a superior wonder is about to return to Earth in the personage of Jesus Christ Himself! He will cut man’s suffering short and establish God’s Kingdom. That is the vision we all should be living for.