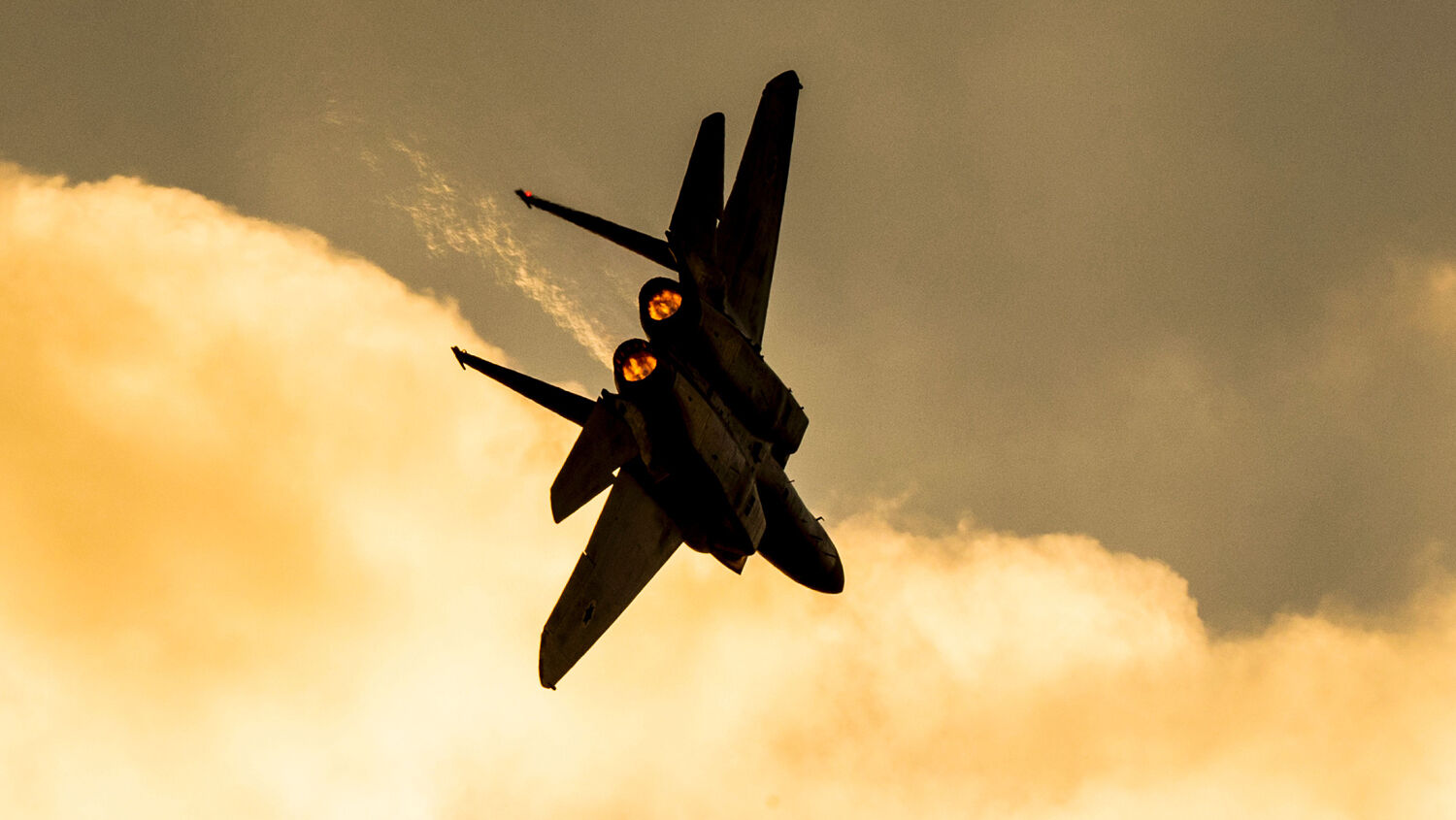 The silence reveals Israel’s growing isolation in its fight against Iran and its proxies.

Jerusalem—After midnight on Thursday morning, Israeli jets took off and headed north into Lebanon. While over Lebanese airspace, the jets turned toward Syria and fired several missiles. At 2:42 a.m., the missiles struck their intended target—a Syrian military site known for its production and development of chemical weapons and its stockpile of other missiles—and completely destroyed the site.

This was a unique and audacious attack against an official military structure of the Syrian regime (Israel normally only attacks Hezbollah-bound weapon convoys). The facility near Masyaf in the northern Hama region was apparently a Scientific Studies Research Center (cers) building, a government agency that has long been associated with the United States and others with chemical weapons research and production.

While Israel is sticking to its policy of neither confirming nor denying its role in the attack, there is no doubt in the international community that Israel was behind it. Lebanese news outlets confirmed that Israeli jets were overhead the night of the attack, and the Syrian regime also confirmed the attack.

The silence from the rest of the world about Israel’s attack on such a worthy target is absolutely stunning — especially as more evidence emerges of Assad’s continuing atrocities.

With this in mind, you would think that the world would heap praise upon Israel for annihilating such a humanity-destroying site as the cers facility.

Instead, it seems the international community is about to overlook Assad’s failings and accept his continued rule in Syria.

The international community’s tolerance for Assad and its negligence of Israel’s legitimate security concerns reveal that Israel is becomingly increasingly isolated at the precise time its enemies are growing stronger and more violent and are encroaching on its borders.

The January 2015 Philadelphia Trumpet featured a cover illustration of the Earth overshadowing a tiny Israeli man waving the flag of the Jewish state. It read, “Israel vs. the World,” along with the quip: “It is isolated and under siege. What will happen next?” Fast forward 2½ years, and the world hasn’t shifted toward understanding the alarmingly real security threats Israel faces.

On the contrary, the world has largely become deaf toward Israel’s security concerns, even as the screaming jihad against the Jews becomes louder and louder.

For this reason, Israel is currently undergoing the largest military exercises in 19 years. The ten day long exercises are aimed at preparing Israel for a land and missile attack by a combined Iranian-backed force in the north of Israel. Involving tens of thousands of soldiers and thousands of more reservists, the operation is Israel’s way of being prepared to do it alone if Iran decides to mobilize its proxies in Lebanon and Syria against the Jews.

However, while Israel is trying to develop the military capabilities to protect itself in the face of such threats, the nation is also in search of allies.

Bible prophecy reveals that Israel will soon think it has found one—not in its traditional supporter of the United States, but rather a United Europe led by Germany. Even now, Europe is starting to realize that Iran and its proxies are the real threat challenging Israel’s and Europe’s security.

On Thursday, just after the jets struck their Syrian target, Israeli President Reuven Rivlin was in Berlin to meet with Chancellor Angela Merkel. In their conversation, the president emphasized that Iran was about to “drag the whole region into war,” and specifically called out Iran’s actions in supporting Assad and Hezbollah. According to Israel Hayom, they concluded their conversation speaking of the need for a broader relationship between the two countries.

It is not difficult to see how the common Islamist threat caused Iran’s march across the Middle East may be one of the reasons Israel goes to Germany for help. However, Germany will have more in mind than just defeating radical Islam in responding to Israel’s call.

The most explicit of these biblical prophecies detailing this event can be found in Hosea 5:13 and is thoroughly explained in Trumpet editor in chief Gerald Flurry’s booklet Jerusalem in Prophecy (free upon request).