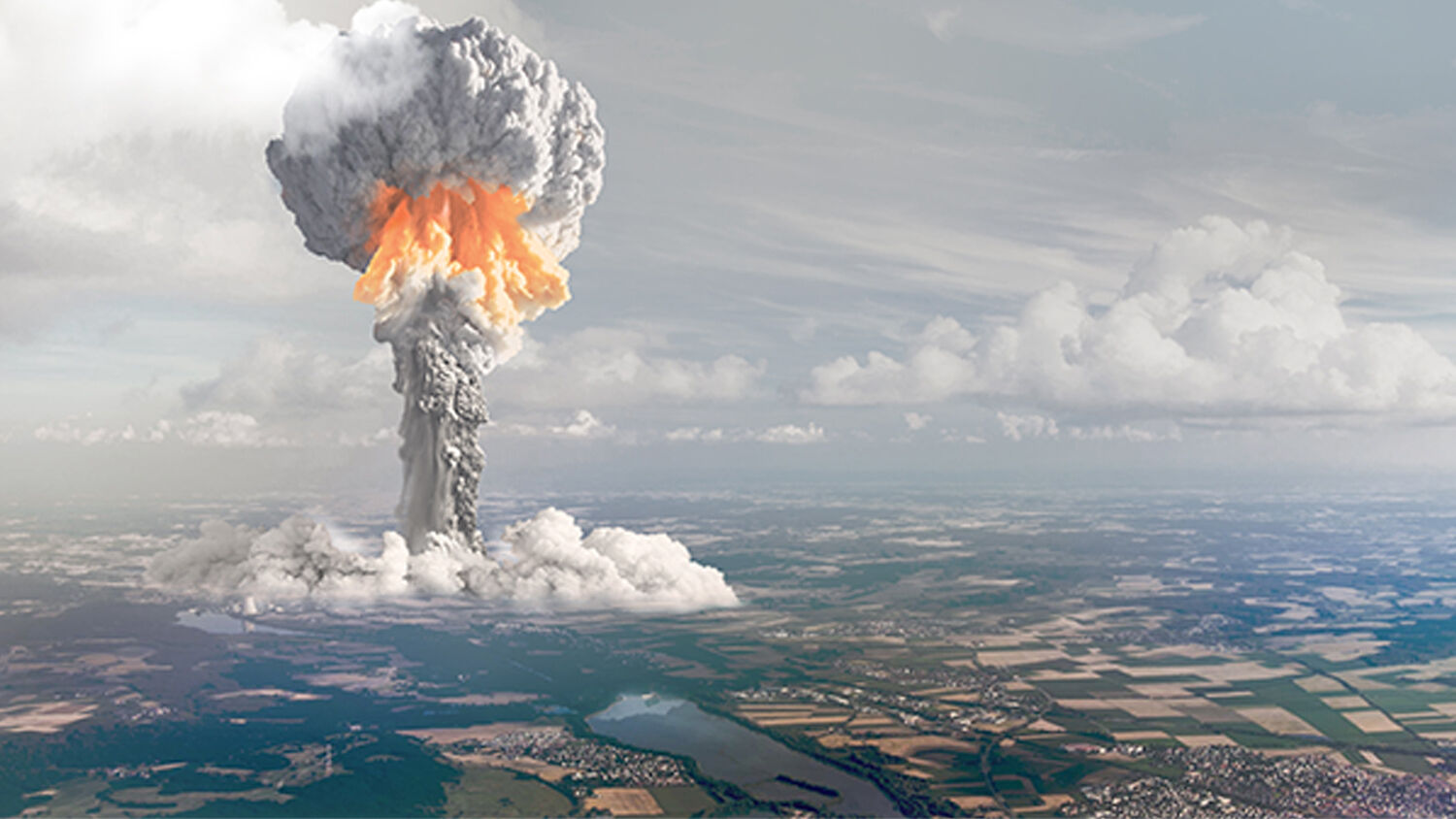 The world’s worst terrorists were, and are, literally very close to material for radioactive bombs.

It is highly likely that the Islamic State does not have radioactive bombs stashed among its combat drones, rocket-propelled grenades, surface-to-air missiles, machine guns and machetes.

That’s not because the maniacal Islamists are not keen on beefing up their lethal arsenals of terror. And it is not because the suicidal militants did not have access to the dangerous ingredients required to assemble a crude radioactive weapon, a “dirty bomb” as it’s often called.

The Washington Post reported July 22 that it was frighteningly easy for the Islamic State to secure a dirty bomb; the group “nearly stumbled” on its ingredients!

In 2014, when the Islamic State captured Mosul, Iraq’s second-largest city, the terrorists gained access to advanced military hardware, gold bullion, millions of dollars in cash, chemical factories and caches of radioactive cobalt-60 at Mosul University. They paraded all but the radioactive material. Exactly what happened to it wasn’t clear until the liberation of Mosul last month.

U.S. officials … were aware that the Islamic State had gained control of small quantities of natural or low-enriched uranium—the remnants of Iraq’s nuclear projects from the time of Saddam Hussein’s presidency—as well as some relatively harmless radioactive iridium used in industrial equipment.

But a far bigger radiological concern was the cobalt. Intelligence agencies knew of the existence in Mosul of at least one powerful radiotherapy machine used for cancer treatment, one that could potentially provide the Islamic State with a potent terrorist weapon.

When Mosul was liberated, Iraqi government officials found the radioactive material at Mosul University intact, thankfully. But it was “a near-miss,” the Post wrote.

It is not clear why Islamic State terrorists did not secure the cobalt for a dirty bomb. Analysts speculate that the militants never found the radioactive material or that they simply got too busy with warfare to bother with the sophisticated machinery that encased the cobalt.

What is clear, wrote the Post, is “the fact that the danger has not entirely passed. … [U.S. officials] acknowledged that their worries extend far beyond Mosul. Similar equipment exists in hundreds of cities around the world, some of them in conflict zones.”

Dirty bombs are not necessarily weapons of “mass destruction” but rather of “mass disruption.” Former United Nations weapons inspector David Albright said, “The worst case would have been the Islamic State widely dispersing the radioactive cobalt in a city, causing panic and an expensive, disruptive cleanup.”

We wrote in detail about the damaging effects of dirty bombs and rudimentary terrorist tactics in our article “Death by a Thousand Cuts.”

Many experts believe it’s only a matter of time before a dirty bomb or another type of radioactive dispersal device is used, with some expressing surprise that it hasn’t happened already. … It’s not pleasant to think through worst-case scenarios, but in this case, it’s essential.

One of the experts Moore likely referred to is Marc Thiessen, a political commentator and former speechwriter for President George W. Bush and Defense Secretary Donald Rumsfeld. He wrote in April 2013:

Why does [al Qaeda] remain so intently focused on spectacular, mass-casualty attacks, instead of smaller-scale attacks like Boston—attacks that are much easier to pull off, and much harder for us to detect and prevent? Smaller-scale attacks could be equally effective in paralyzing the country.

In a November 2001 article titled “The Future of Terror,” Trumpet editor in chief Gerald Flurry wrote:

Perhaps a terrorist might hijack and explode a plane carrying nuclear waste as it is being transported, or crash an airplane into a nuclear power plant, or destroy industrial facilities which disassemble nuclear bombs. Carrying out any of these monstrous plots would pollute the environment with radiation and bring death on the wings of the wind. So many opportunities remain open for terrorists, it is impossible to guard against all attacks. And God has prophesied that evil men will grow worse and worse (2 Timothy 3:13). That prophecy, written more than 1,900 years ago, is becoming increasingly relevant in our modern day. … Dark clouds of nuclear terrorism are on the horizon. Because mankind is trying to solve the problem on his own, we will surely have to weather some terribly stormy and blood-drenched times ahead.

The threat of nuclear terrorism is real, and only God can save us—and He will if we believe and obey Him. Mr. Flurry continued:

But at the end of it all, after Jesus Christ returns to put a stop to the madness of man and establishes God’s government of peace on Earth, mankind will be able to recognize the lesson in the horror movie we are experiencing today. How desperately this world needs God’s education and His righteous rulership, that we may put away the horror and learn to live up to our exalted, God-given potential.

For more about the reality of our nuclear world and the great hope beyond it, read ‘We Have Had Our Last Chance’ and The Incredible Human Potential.