From a simple cost-benefit perspective, even failed terrorist attacks are spectacularly successful at draining America economically. 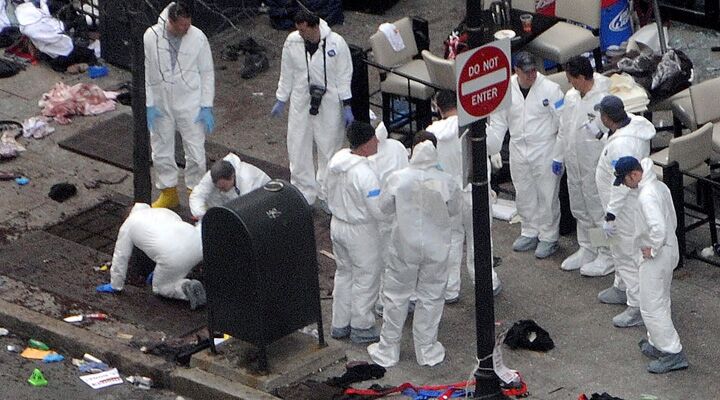 From a simple cost-benefit perspective, even failed terrorist attacks are spectacularly successful at draining America economically.

The Boston Marathon bombing of April 15 killed three people and wounded 264. That was the real tragedy of the attack—but it wasn’t the only blow. It also inflicted around $20 million in immediate medical costs, property damage and business losses. The ensuing manhunt shut down the Boston metropolitan region for a day—an area with an economy larger than that of Portugal, Ireland, Finland or Singapore. This shutdown cost an estimated $333 million.

Recent history shows that the tremors from this attack will send economic shock waves far beyond Boylston Street for years to come.

All these damages came because of two pressure cookers made with elbow pipes, glue, nails and firecrackers. These homemade bombs cost the terrorists less than $100 each.

The disparity between the cost of terrorists carrying out attacks and the cost of nations trying to defend against them is staggering.

Terrorists often aim specifically to provoke a fear-fueled overreaction from the targeted nation. They actually engineer their asymmetrical warfare to drain the target country’s economy, and many jihadists openly boast about this strategy.

Osama bin Laden stated in his October 2004 address to the American people that by entangling the U.S. and its allies in draining wars, al Qaeda was destroying them economically: Al Qaeda “bled Russia for 10 years, until it went bankrupt and was forced to withdraw in defeat …. We are continuing this policy in bleeding America to the point of bankruptcy,” he said.

Yemeni-American cleric Anwar al-Awlaki agrees with bin Laden’s approach. “How much more can the U.S. Treasury handle?” he asked in March of 2010. “9/11, the war in Afghanistan and Iraq, and then operations such as that of our brother Umar Farouk which could not have cost more than a few thousand dollars end up draining the U.S. Treasury of billions of dollars. … For how long can the U.S. survive this war of attrition?”

In November of 2010, Al Qaeda of the Arabian Peninsula encouraged its followers to use small scale attacks, saying “Attacking the enemy with smaller but more frequent operations [will] bleed the enemy—[death] by a thousand cuts.”

Trudging through an airport security checkpoint is, in many ways, like making your way through a museum dedicated to the last 13 years of terrorism history.

Removing your shoes is a tribute to Islamist Richard Reid, who tried to ignite explosives hidden in his shoe in December 2001 during a flight to Miami. Throwing away your Sprite and shampoo is a tip of the turban to Ahmed Abdullah Ali and other jihadists who plotted in 2006 to blow up planes with fluid explosives concealed in soft drink bottles. Walking through the full-body scanner with your arms held high is a salute to Umar Farouk Abdulmutallab, who hid explosive putty in his underwear in December 2009 and tried to detonate it on a flight headed to Detroit.

Security technologist Bruce Schneier says these measures do not actually reduce the terrorist threat. “It’s like saying, Last time the terrorists wore red shirts, so now we’re going to ban red shirts. Focusing on specific threats like shoe bombs or snow-globes simply induces the bad guys to do something else,” Schneier says, “you end up spending a lot on the screening and you haven’t reduced the total threat.”

That is the difficulty in defending against terrorist attacks. Aggressors seldom strike the same way twice.

Victims on the first three 9/11 planes did not fight against the hijackers. Up until that time, the outcome of an airplane hijacking had often been an unscheduled week in Cuba for the passengers. But when travelers on the fourth plane learned by cellphone communication that the terrorists were using the planes as lethal bombs, they heroically subdued the jihadists. Both the “shoe bomber” and the “underwear bomber” were also overtaken by courageous passengers. Schneier points to these examples as evidence that “no big plane will ever be taken that way again, because the passengers will fight back.”

Schneier says most of the U.S.’s post-9/11 security measures are largely pointless because the nation’s enemies will be unlikely to repeat attack patterns they’ve previously used, and because the checkpoints are porous. To expose flaws, he has used homemade boarding passes to get through checkpoints and has documented many instances of passengers slipping guns and other weapons past checkpoints. The only thing many of these security measures accomplish, according to Schneier, is inexcusably expensive “security theater.” However, the fact that terrorists haven’t hijacked a U.S.-originating flight since 9/11 makes it difficult to say that these measures are entirely useless.

Even still, many of the measures were implemented like knee-jerk defensive strikes against specific terrorist attacks. This convinces some analysts that they’ll only prod more jihadists to use smaller, simpler attack methods, as the Boston bombers did. The success of the Boston bombings may accelerate the shift by helping jihadist leaders persuade grassroots terrorists to abandon their desire to execute grandiose, spectacular attacks to instead pursue small, practical strikes.

Long before the United States was established, God foretold many riveting details of the nation’s prosperity through His servant Moses (Genesis 48:13-22; 49:22-26; Leviticus 26:3-10). God also explained specifically how He would punish America if this powerful, blessed nation didn’t obey Him: “I will even appoint over you terror … and ye shall flee when none pursueth you” (Leviticus 26:16-17).

Through the Prophet Isaiah, God foretold how painfully effective terrorist attacks would be if America didn’t obey Him. He foretold the disproportionate degree of destruction a small number of terrorists would be able to inflict: “One thousand shall flee at the rebuke of one; at the rebuke of five shall you flee …” (Isaiah 30:17).

Only 19 terrorists were involved in the 9/11 “rebuke,” but an astonishing number of Westerners have been made to “flee” in fear because of it. Reports say the Boston bombings were carried out by just two jihadists, and they turned Boston—a city with more economic output than Finland—into a ghost town for a day.

Look at America’s systems of education, politics, religion, military, industry and entertainment. It’s plain that the nation has rebelled against the mighty God who blessed it with such unprecedented prosperity. As this slide into lawlessness continues, terrorist attacks will assail the country by a multiplying number of methods, from more and more directions and from an ever more diverse array of enemies.

The country’s attempts to prevent these shadowy attacks will keep on draining its economy and hastening its collapse into bankruptcy. Attacks will multiply in the near term.

Bible prophecy, however, makes plain that it is all leading directly to the most radiant future imaginable. Fear, terrorism and all religious clashes will be forever vanquished, and replaced by a planet of peace, prosperity and a single world religion under the righteous, merciful rulership of the King of kings, Jesus Christ.

From The July 2013 Philadelphia Trumpet
View Issue FREE Subscription
Next