Why is the world so plagued with problems? 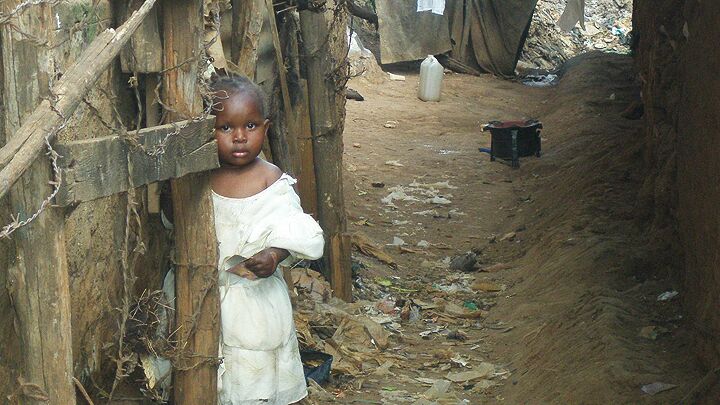 Why is the world so plagued with problems?

Stop and think! If this is God’s world, why do we face so many seemingly insoluble problems? Why is much of the world in poverty, uneducated and malnourished? Why are countless lives tragically cut short by war, violence and disease epidemics? Why, if God is trying to save this world now, have billions over the past 6,000 years lived and died never knowing Jesus Christ? Why have billions lived unfulfilled, unhappy lives?

If this is God’s world—if He is trying to save it now—then He must be failing miserably!

In Galatians 1:4, the Apostle Paul refers to the age in which we live as “this present evil world.” The natural mind of man, Paul wrote in Romans 8:7, is hostile toward God. Elsewhere, Paul referred to Satan the devil as the “god of this world” (2 Corinthians 4:4). In Revelation 12:9, the Apostle John said that Satan has “deceived the whole world.” If God is struggling against Satan to save this world now, these many verses reveal God to be losing the battle.

God is not losing the battle against Satan—man is! But God is allowing it so that we might learn, by our own tragic experience, a lesson we will never forget.

In his original created state, man was a perfect creation physically (Genesis 1:31), yet unfinished spiritually. God offered man His Holy Spirit, which, when combined with man’s human spirit, would have completed his spiritual creation (Romans 8:16; 1 Corinthians 2:9-11). But Adam rejected God’s Spirit when he followed his wife and partook of the tree of the knowledge of good and evil.

While most people are well familiar with the Genesis account of Adam and Eve, few have ever understood its true significance. It’s not about two fruit trees—it’s about two ways of life.

The tree of life represented God’s way of life. By obeying God’s commands, Adam could have partaken of the tree of life and received God’s Holy Spirit (Acts 5:32). This would have given Adam the power to think like God—to have a loving relationship with his Creator and with fellow man.

The tree of the knowledge of good and evil represented Satan’s way of life. In taking from this symbolic tree, Adam and his offspring willingly subjected themselves to the seductive and deceitful spirit of Satan (Ephesians 2:2).

More importantly, by taking from this wrong tree, Adam cut mankind off from having access to God and His Spirit. Genesis 3:22-24 explain the outcome of Adam’s rebellious decision: “And the Lord God said, Behold, the man is become as one of us, to know good and evil: and now, lest he put forth his hand, and take also of the tree of life, and eat, and live for ever …. So he drove out the man; and he placed at the east of the garden of Eden Cherubims, and a flaming sword which turned every way, to keep the way of the tree of life.”

When Adam rejected God’s way of life, God pronounced a sentence on all of mankind in general. Herbert W. Armstrong described this “sentence” best in his book Mystery of the Ages. When Adam made his fateful decision, God said, in effect, “You have rejected me as the basic source of knowledge—you have rejected power from me through my Spirit to live the righteous way—you have rebelled against my command and my government—you have chosen the ‘getting,’ ‘taking’ way of Satan. Therefore I sentence you and the world you shall beget to 6,000 years of being cut off from access to me and my Spirit ….

“Go, therefore, Adam, and all your progeny that shall form the world, produce your own fund of knowledge. Decide for yourself what is good and what is evil. …

“After the world of your descendants has written the lesson in 6,000 years of human suffering, anguish, frustration, defeat and death—after the world that shall spring from you shall have been brought to confess the utter hopelessness of the way of life you have chosen—I will supernaturally intervene. By supernatural divine power I shall then take over the government of the whole world. With reeducation, I will produce a happy world of peace.”

Mr. Armstrong referred to this 6,000-year lesson man is recording by his own experience as aversion therapy. The dictionary defines aversion as “a strong feeling of dislike or repugnance.” God is bringing mankind to the point where we absolutely loathe and abhor this “present evil world.” He is allowing man to go his own way so that he might see the fruits of living according to his own rebellious ways.

In this end time, the majority of mankind will ridicule God’s warning message. But that will not alter the prophesied outcome one iota: “For then shall be great tribulation, such as was not since the beginning of the world to this time, no, nor ever shall be. And except those days should be shortened, there should no flesh be saved: but for the elect’s sake those days shall be shortened” (Matthew 24:21-22).

This will be the end result of man’s rebellion against God, which began in the Garden of Eden nearly 6,000 years ago. Once the Great Tribulation is upon us, man will have seen the results of his 6,000-year experiment. The fruits of going it alone, without God, will be painfully and obviously visible. This is what it will take for mankind to finally turn to God in humility and sincere repentance.

The lesson in aversion therapy will have served its purpose. Jesus Christ will return to this Earth, remove Satan from his throne, and then rule all nations with God’s government of love. The few who were called out of Satan’s world in this age will have been prepared to personally assist Christ in God’s family government.

Then, God will build a new world on a right foundation. And at last, He will offer salvation to every human who has ever lived.