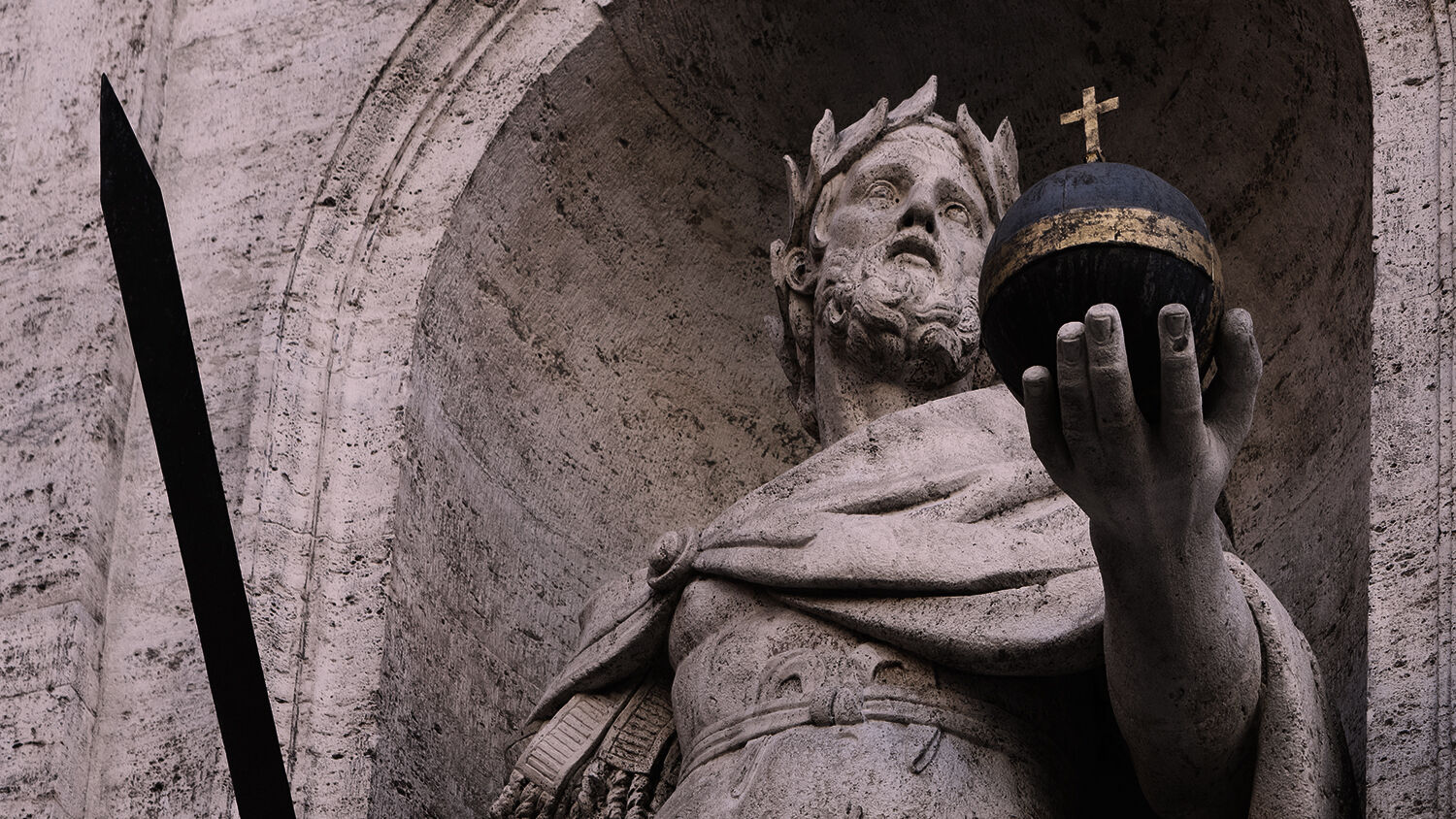 Europe: A would-be superpower that lacks only a strong leader

In 1983, few thought that the end of the Cold War was in sight. Europe was still divided between east and west, with Germany as the central battleground for the United States and the ussr. European unity was a forlorn hope. However, Herbert W. Armstrong boldly predicted the exact opposite in the Plain Truth newsmagazine. He wrote on July 24, 1983:

For 50 years, I have been crying out to the world the Bible prophecies of this coming “United States of Europe”—a new united superpower perhaps more powerful than either the Soviet Union or the United States!

It seemed ridiculous to think that a fractured Europe could produce greater power than America or Russia. After all, American and Russian troops regularly held maneuvers on European soil to practice waging a devastating war against each other. But just six years later, the Berlin Wall fell, opening the door to German reunification. Then in the early 1990s, the Soviet Union collapsed, freeing Eastern Europe from the red sickle of communism.

Since then, Europeans have pursued unity with fervor. The treaties of Maastricht and Lisbon were major milestones toward a federal Europe. The EU is a complex labyrinth of bureaucratic institutions and is still moving in the direction of further integration. It is easy to write off Europe as a continent of divided interests and economic depression that is also being overrun by migrants. To do that is to miss a vital point: The European Union is already a superpower. In “Europe Is Still a Superpower,” Foreign Policy’s Andrew Moravcsik wrote:

Yet amid all the hyperbole and hysteria, a basic point gets missed. Europe today is a genuine superpower and will likely remain one for decades to come. By most objective measures, it either rivals or surpasses the United States and China in its ability to project a full spectrum of global military, economic and soft power. Europe consistently deploys military troops within and beyond its immediate neighborhood. It manipulates economic power with a skill and success unmatched by any other country or region. And its ability to employ “soft power” to persuade other countries to change their behavior is unique.

If a superpower is a political entity that can consistently project military, economic and soft power transcontinentally with a reasonable chance of success, Europe surely qualifies. Its power, moreover, is likely to remain entrenched for at least another generation, regardless of the outcome of current European crises. In sum, Europe is the “invisible superpower” in contemporary world politics.

Most European nations are too small to have a massive global reach. It is the common conception that America is the only superpower, with China quickly becoming the only rival and Russia lurking in the background. However, if European countries were united in a political, military and economic union beyond what they are now, it would exceed the power of America, Russia and China. That potential is there even now within the 28 nations of the European Union.

That is exactly what Herbert Armstrong predicted for decades, beginning in 1934! Statistics further prove that a united Europe is a force to be reckoned with.

Europe has often been consumed in internal warfare, fighting long wars against each other. Almost every nation expects that status quo to continue. If we view Europe as a consolidated military bloc, however, it is actually the second-largest military spender. Moravcsik continued:

The conventional starting point for measuring military capability is the money each country spends on defense. On this score, the United States, which accounts for more than 40 percent of global military spending, heads the list. After that, most analysts list China, with the second-highest national spending and more than 2 million active duty soldiers, followed by Russia, Saudi Arabia, the United Kingdom, India, Japan, France, Germany and South Korea.

Here again the failure to aggregate Europe clouds our geopolitical vision. If we unify European military activities, it comes in second. European military spending accounts for 15 to 16 percent of the global total. China runs third, with under 10 percent, and Russia spends less than 7 percent, less than half as much as Europe.

At the present, European militaries act independently, and each nation decides military spending separately. However, Europe is the world’s number one arms exporter, and it has vast amounts of military production at hand. The leader of all these statistics—military spending and military production—is Germany. Disunited, Europe is hopelessly lost in a continental war. If united, Europe is second only to the United States in military might. Germany is already integrating the Dutch Army into its ranks, and there are further plans for a European army that will rival nato forces.

Recent newspaper headlines about the dominance of China and the United States are misleading because they, again, disaggregate Europe into 28 individual countries, rather than treating it as unified. The EU is, in fact, the world’s second-largest economy. Even more importantly, it is the world’s largest trader of goods and services.

America and China are two economic juggernauts, but if Europe could achieve further economic unity, it could rival the two powers. Europe is already the center of world trade. And it is also the leader in foreign investment, with money flowing in from developing countries. Europe also dominates international economic regulation, forcing other nations to adopt its standards of trade.

Europe is still plagued by economic instability, but the anchor holding the entire eurozone together is Germany. Without German capital, the entire Union would collapse. While most European countries are battling debt and inflation, Germany continues to run surpluses on its annual budgets. Mr. Armstrong also prophesied of Germany’s central role in the coming European superpower. He wrote in the June 1952 Plain Truth:

The United States is determined, now, to let nothing stand in the way of building up a re-armed, independent Germany. This will be the heart and core of the united Europe that will revive the Roman Empire.

Moravcsik summed up Europe’s advantages over the world’s other powers:

The underlying determinants of global influence—military capabilities, nominal and per capita income, trade and investment competitiveness, the intrinsic attractiveness of symbolic ideas and institutions—are changing far more slowly than headlines suggest. Europe today is the world’s invisible superpower—rivaling and, in many cases, surpassing the United States and China. It has the resources to retain this status for decades and generations to come.

The great key to European unity, and the greatest need to propel forward a full, federalized Europe, is a strong leader who can bridge the valleys of difference in Europe. No current European leader fulfills that role. German Chancellor Angela Merkel cannot fill this void. Not only do Bible prophecies point toward a European superpower, they also point toward a strong European leader. However, this leader will not be a world savior for freedom, but rather a tyrant cast in a familiar light.

If we look at a broad sweep of European history, we notice that in each instance of European unity, an oppressive empire springs forth. Otto the Great, the Habsburg dynasty, Louis xiv, Napoleon Bonaparte, Kaiser Wilhelm ii and Adolf Hitler are names that spring forth from the pages of history. Some of these leaders are among the worst tyrants in history, but each had the ability to unite the European people through their leadership, common faith, or by the sword. All of these men are remembered in the shadow of the first European king: Charlemagne. To this day, Europeans revere his memory. The EU is just another attempt at a European empire, only with a new method.

Today, the invisible superpower is waiting for Charlemagne. The circumstances are ripe for a 21st-century empire. Once again, it will center upon Germany as the core. Europe is already an unrealized superpower—all it needs is a leader to emerge and forge ahead to European unity. This new Charlemagne will lead Europe down the familiar road of all European empires: war and conquest. The superpower is ready; it is just waiting to be unleashed. To read more on this coming Charlemagne, read our free e-book A Strong German Leader Is Imminent.