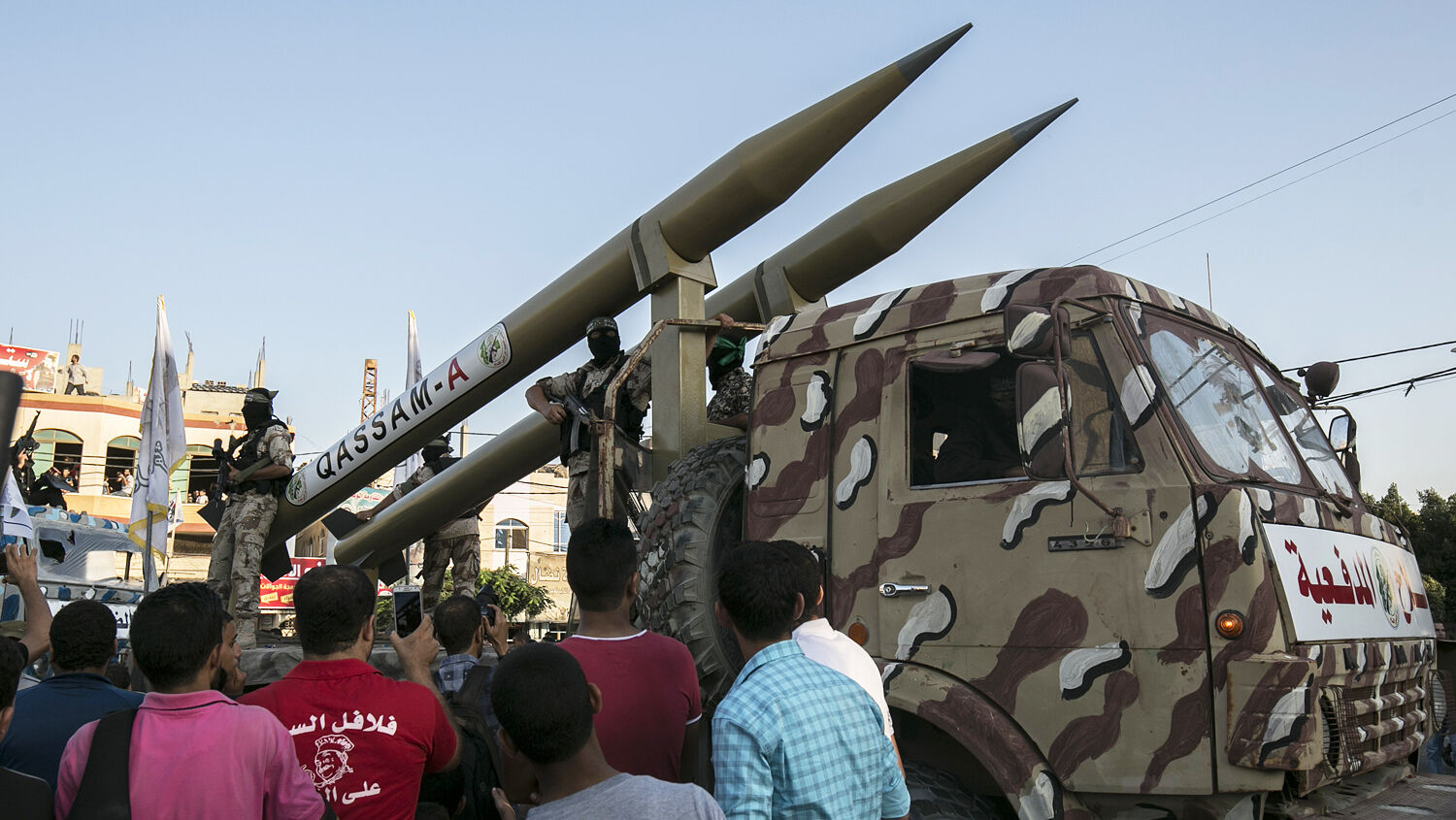 Hamas’s arsenal is fully restocked and more potent than ever.

In the aftermath of 2014 and Israel’s Operation Protective Edge, it was clear that Hamas’s most effective weapons were short-range rockets and mortars. These cheap rockets and shells inflicted terror on numerous Israeli towns and settlements largely because they are much harder for Israel’s antimissile systems to intercept.

It is little wonder that today we are seeing reports that Hamas has amassed new, highly explosive rockets, exceedingly more powerful than those lobbed into Israel in 2014.

On March 28, Israel’s Army Radio reported that Hamas had acquired dozens of these weapons. The nationwide broadcaster stated that these rockets were “completely different than any weaponry we know from the direction of the [Gaza] Strip—as concerns the weight of the explosive carried in the head of the rocket.”

According to the Times of Israel, each rocket is said to contain hundreds of kilograms of explosive material.

War will break out between Israel and Hamas again. When it does, these rockets could inflict immense damage on the Israeli inhabitants along Gaza’s periphery.

According to the Times of Israel, “While the Iron Dome antimissile system can intercept short-range rockets, it is less effective against mortar shells and other projectiles with shorter ranges, as it cannot locate, target and shoot them down quickly enough.”

In the 2014 conflict, Hamas launched 4,594 rockets from the Gaza Strip. Many of these were mortars. During Operation Protective Edge, Israel simply lacked the necessary Iron Dome systems to cope with Hamas’s entire barrage. More Iron Dome systems are being built, but Hamas has been hard at work too. And it is far easier to build a mortar or rocket than it is to build an Iron Dome system.

Hamas learned from the conflict. It knows the most cost-effective and terror-effective ways to inflict pain and misery on the surrounding Israeli populace. It knows the Iron Dome’s weaknesses.

Israel knows too. In 2014, the Iron Dome systems were stretched thin because Israel’s northern border also needed defending from Hezbollah. Today, Israel is trying to expand the Iron Dome to account not only for Hezbollah’s and Hamas’s advanced weaponry, but also for the sheer volume of a future assault should the two enemies attack simultaneously. The Iron Dome is good, but not so good that it can stop every mortar shell and every missile.

During the Gaza War, the Iron Dome had a success rate of 90 percent against Hamas; Hezbollah wasn’t involved. Israel has 10 Iron Dome systems currently in operation. Hezbollah has an estimated missile count of up to 150,000 rockets. These long-range rockets will need to be hunted by the Iron Dome’s big brother—David’s Sling. This advanced system is set to come online within a few weeks.

As the nation scrambles to defend itself, few are asking why. For years, Israel has relied on a land-for-peace policy—another term for withdrawal. Look at the results.

At this moment, four ships under manufacture in Germany are being fitted with two Iron Dome systems each. Originally they were only slated for one. But this is just a bandage on a self-inflicted bullet wound.

I ask myself what kind of Jewish people will this be with no attachment to its land, without all the places of the book of Joshua, the wonderful vistas there, without the intensity of the prophetic vision, without the heritage of our fighters who spilled their blood for the country which was promised them and their descendants? This is the will of the majority [withdrawal], and we are told that in a democracy the majority’s will is that which counts. But let us not forget on the eve of our holiest day (the Day of Atonement) that while a majority can rule, it hasn’t a monopoly on truth and on good sense. A majority can make a tragic mistake, create a golden calf and dance about it.

Israel went on to make that mistake when it pulled out of the Gaza Strip. Today, in an effort to solve this new problem, Israel is looking to the Iron Dome.

But to inflict terror, Hamas and Hezbollah don’t need every rocket to dodge Israel’s defense. Rockets are cheap, averaging $500 to $1,000 each. And any return fire from Israel only supplies Hamas with fodder for its propaganda videos.

For Israel on the other hand, each Iron Dome launch costs an estimated $50,000.

At the end of the day, no matter what solution Israel comes up with for Hamas’s new rocket, it cannot overcome the close geographic proximity.

The Trumpet has warned since the early 1990s that nothing good will come from Israel’s policy of withdrawal. Israel will soon find itself encompassed and overrun by powerful enemies! Our free booklet Jerusalem in Prophecy explains this.

Notice what Trumpet editor in chief Gerald Flurry wrote in 2008:

A U.S. intelligence document several years ago stated that the Arabs now believe the Jews have lost their will to fight. Few reports could signal a greater danger! The Arabs will exploit this weakness. You can be certain of that.

And just as the Trumpet has warned of an impending crisis, it also acknowledges the solution—and it isn’t additional Iron Dome units!

The Jewish people are now looking to the will of the majority, not the great God who gave them their own land.

In the days of Joshua, Israel faced a well-armed enemy. During Joshua’s life the Israelites didn’t look to their shields, but to the God who brought them out of Egypt—a lesson long since forgotten.