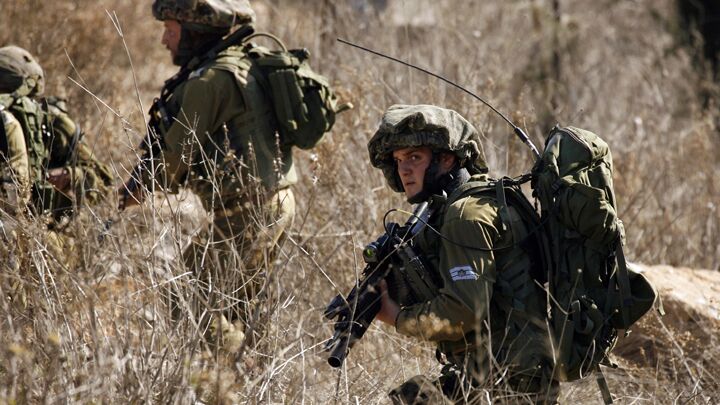 The willpower of the Jews in Israel has been broken.

What is happening in Israel today?

For the past 15 years, the Jewish nation has tried to negotiate peace with the Palestinians. The process has been an abysmal failure.

The basic assumption behind the process is that the best way to secure long-term peace is to withdraw. For example, four years ago Israel pulled its troops out of Lebanon, which were stationed there to prevent assaults on Israelis from the terrorist group Hezbollah. The problem is, Hezbollah didn’t stop its attacks. It simply moved its assault right up to the Israeli border, which resulted in the Second Lebanon War in summer 2006.

That withdrawal paved the way for war!

Despite that stark failure, it emerged last week that Israel’s present government is prepared to withdraw from the Golan Heights, an incredibly strategic piece of mountainous territory adjacent to Syria and Lebanon. Last Thursday, the Jerusalem Postreported that “Syrian President Bashar Assad [had] confirmed reports in the Arab media to the effect that Israel had agreed to relinquish the Golan Heights in exchange for peace with Syria.”

Rather than deny the rumors of a withdrawal, the vague response of the Olmert government suggested that a peace agreement—which would include Israel’s withdrawal from the Golan Heights—between Israel and Syria might be imminent. Although some Israeli leaders correctly perceive the plan to be another Arab ambush, Prime Minister Olmert and others blindly push forward in the belief that ceding the Golan will secure peace with the Syrians.

Meanwhile, as the Jews continue in their flawed strategy of withdrawal, the American president is pressuring Israel to allow the creation of a Palestinian state by the end of the year. Many Israelis agree this is the solution.

Some of the Jews do see where the problem lies. Here is what Shmuel Schnitzer wrote in the Israeli newspaper Maariv, Sept. 14, 1994: “For the first time in 2,000 years, we are preparing to deny our historical rights, both the divine promise and in terms of referring to the land by the name of its people, ‘The Land of Israel’—a land which belongs to the children of Israel, from then and to eternity.”

The Jews are only one tribe of Israel. Request our free book The United States and Britain in Prophecy.

Schnitzer continued, “Suddenly, we are gripped by a will to withdraw. A delight in withdrawing, euphoria in cutting ourselves off from it. Pulling out of Eretz Yisrael (the Land of Israel) will be a holiday. We shall say: ‘Goodbye, not au revoir’” (emphasis mine throughout).

Israel today is making the same mistake ancient Israel made. And unless the Jews repent, they are going to have the same tragic end!

The problem is that God has broken their will, or the pride of their awesome power, because of their sins (Leviticus 26:19). And the problem is only going to get worse until they repent! Mr. Schnitzer continued:

First we referred to parts of the homeland as “territories.” That’s a term which evinces no love, no link. “Territories” are not ours. We never dreamt of territories, nor prayed to return to them. We didn’t nurture them with the blood of our young men. We didn’t hear in them the calls of our prophets and we didn’t bury our forefathers in the “territories.” We didn’t fight over the “territories” with the Canaanites and the Egyptians, the Babylonians, Greeks and Romans, the British and the Arabs. We didn’t read of them in the Book of books, nor yearn constantly for them.We are a generation that is betraying its forefathers, their faith and their sacrifice. We are now engaged in tearing out the heart of the land from ourselves, undercutting everything which we nurtured.An entirely new Jewish people is being created before our very eyes. A nation which doesn’t belong to its land, which doesn’t continue the past, which will inherit nothing and is promised nothing. The Bible is no longer our calling card. It’s a mere historical curiosity.

God clearly gave the Jews their land. But the “peacemakers” don’t like to refer to it as a gift from God, because they have no faith in God.

So we see a “new Jewish people” unwilling to fight as in the past. Now they have a broken will.

A U.S. intelligence document several years ago stated that the Arabs now believe the Jews have lost their will to fight. Few reports could signal a greater danger! The Arabs will exploit this weakness. You can be certain of that.

Suddenly, paths of peace are more important than the paths down which we traveled for 2,000 years, more important than our prayers and our faith.I ask myself what kind of Jewish people will this be with no attachment to its land, without all the places of the book of Joshua, the wonderful vistas there, without the intensity of the prophetic vision, without the heritage of our fighters who spilt their blood for the country which was promised them and their descendants?This is the will of the majority, and we are told that in a democracy the majority’s will is that which counts.But let us not forget on the eve of our holiest day (the Day of Atonement) that while a majority can rule, it hasn’t a monopoly on truth and on good sense. A majority can make a tragic mistake, create a golden calf and dance about it.

The Jewish people are now looking to the will of the majority, not the great God who gave them their own land.

Request our free booklet Jerusalem in Prophecy to understand what God says will happen to Israel. Events show that peace pacts are more important to the Jews than faith in God. That is a sure recipe for disaster!