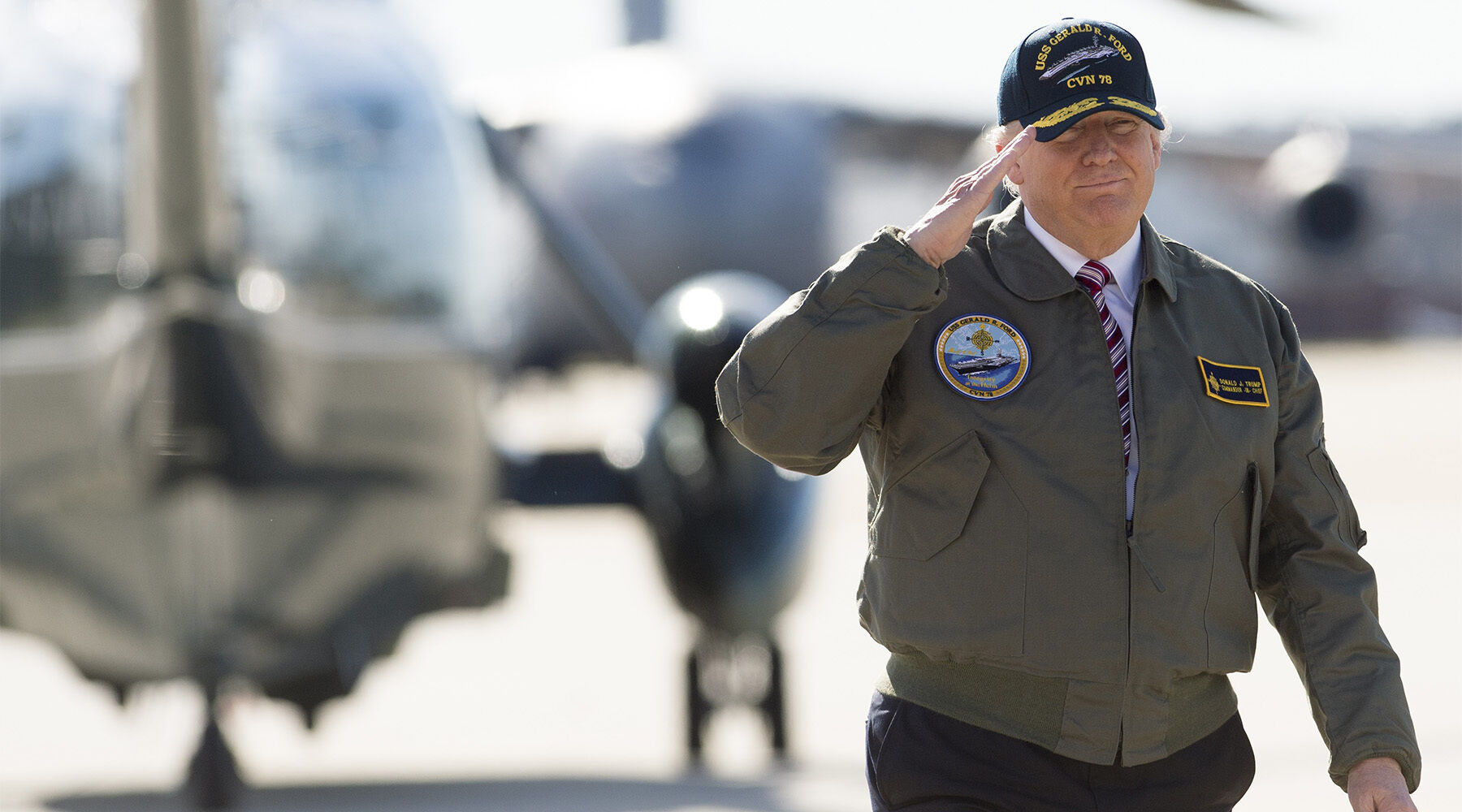 ‘Promises made. Promises [not] kept.’

During his presidential campaign, candidate Donald Trump pledged a major buildup of the United States military. It’s a pledge that, as president, he is yet to honor.

“We will spend what we need to rebuild our military,” promised Mr. Trump during a foreign policy speech in April 2016. “It is the cheapest single investment we can make. We will develop, build and purchase the best equipment known to mankind. Our military dominance must be unquestioned, and I mean unquestioned, by anybody and everybody.”

Six weeks into his presidency, Mr. Trump reiterated his promise to boost defense spending in a speech he gave in Virginia, aboard the uss Gerald R. Ford on March 2 of this year. The president said:

After years of endless budget cuts that have impaired our defenses, I am calling for one of the largest defense-spending increases in history. … Our Navy is now the smallest it’s been since, believe it or not, World War i. Don’t worry, it’s going to soon be the largest it’s been. Don’t worry.

The “skinny budget” that the Trump administration released last week does not do this. The budgets cuts $54 billion from all domestic non-entitlement programs excluding Homeland Security and Veteran Affairs. It channels that $54 billion into the military. This change will neither increase nor decrease the $487 billion budget deficit projected for next year.

The Wall Street Journal noted March 16 that for a $4 trillion budget, a $54 billion shift represents a mere 1.35 percentage shift of the annual federal budget. While this change represents “a sharp change in priorities after the past eight years when President Obama squeezed defense in favor of domestic accounts,” as the Wall Street Journal wrote, it is nowhere close the Cold War-era spending of the Ronald Reagan presidency.

During the Cold War, the United States faced a clear, unmistakable nuclear-powered enemy, and mutual destruction was assured. Spending increases on defense were much easier to explain and justify.

Today, there is no Cold War. But there are multiple hot wars raging across the globe. Many more loom on the horizon. Meanwhile, American politics is increasingly becoming more partisan and therefore, more inefficient. The nation is becoming weaker while its enemies are rapidly increasing spending on defense and becoming stronger.

Candidate Trump recognized most of these threats and challenges and effectively used them to empower his campaign. It’s part of the reason why he won.

Unfortunately, the reality of America’s security vulnerabilities has remained the same, if not worsened. But for President Trump, a new reality has also set in: the burden of debt and Washington politics. The Wall Street Journal wrote, “Conservatives won’t get another Reagan-sized military buildup, while progressives lose money for education and subsidies for the poor.”

The Trump budget does not indicate “the largest defense-spending increases in history.” That inevitably entails that, contrary to President Trump’s pledge, America’s “military dominance” will be questioned by at least somebody.

Such an outcome is prophesied in the Bible in scriptures that we document in our free book The United States and Britain in Prophecy. Request your personal copy of that book to learn more about the future of the United States military. Also, listen to Trumpet executive editor Stephen Flurry’s radio program on this subject.