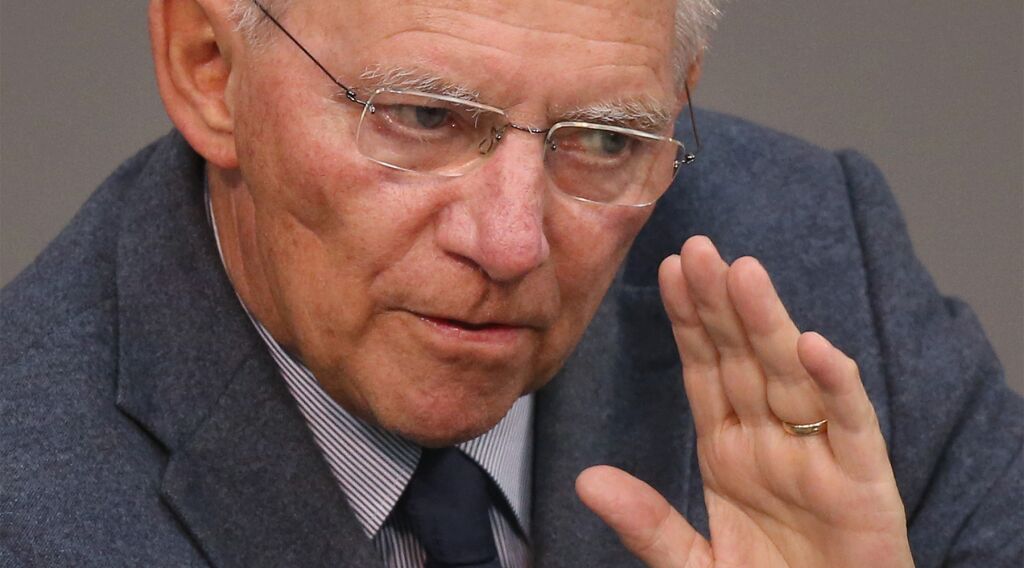 If America unleashes a trade war starting with BMW, Germany is prepared to fight back.

Senior German politicians have threatened to unleash a trade war on the United States if President Donald Trump follows through on his threats against German industry.

President Donald Trump famously threatened to put a 35 percent tax on the German car manufacturer bmw in an interview published by the Times of London and Bild on January 15. German politicians were quick to respond. The next day, German public broadcaster zdf asked German Finance Minister Wolfgang Schäuble if the world is entering a time of more protectionism. Schäuble said he hoped not but also pointed out one way Germany could hit back.

“I also want to point out that currently American companies don’t have to tax their gains which they make outside of the U.S.,” he said. “That means that hundreds of billions of untaxed gains, of great American companies, rest in a tax oasis” (Trumpet translation throughout).

Schäuble later claimed this was not a threat, but merely information. But European authorities are already preparing to label U.S. companies as tax-avoiders, which will allow the European Union to legally punish U.S. companies.

Handelsblatt reported on February 1 that “if matters escalate, the EU could add the U.S. to a black list of tax havens to be published this year.”

[T]he United States has been flagged for transparency shortcomings, as well as for preferring some companies over others in tax policy …. It has long been known that some American states—notably Delaware and Nevada—attract companies and high net-worth individuals with special tax arrangements. For many years, the European Union looked the other way, unwilling to annoy their most important ally. But this could soon change ….Readiness to give special treatment to the United States has been rapidly dwindling since the election of Donald Trump to the presidency.

This gives the EU the perfect, ready-made excuse to slap tariffs on U.S. companies.

Facebook, Fleischhauer complained, does not comply with German laws for protecting minors, and Apple’s corporate income tax for products it sells in Europe is currently less than 2 percent.

Even before Mr. Trump was elected, German politicians resented the success of America’s tech giants, knowing that they operated with almost no competition in Europe. Harming their businesses now through increased regulations and/or taxes might not only do major damage to the U.S., but might also empower these companies’ competitors in Europe.

Those ready to confront Mr. Trump include more than just politicians. Anton F. Börner, president of the Federation of German Wholesale and Foreign Trade, told the Berlin Press, “We need to clearly point out that Trump will lose even more when we lose.” Mr. Trump, he said, “only understands tough language.”

Germany is also working within the EU to put on a united front against the new U.S. president. The Federal Foreign Office in Berlin, therefore, warned the governments of EU countries against making bilateral special agreements with the U.S. under the Trump administration. “None will benefit in Europe if individual countries enter into special deals with the U.S.A.,” State Minister Michael Roth told Die Welt.

The EU is already laying the groundwork for what the Financial Times called “the biggest case in World Trade Organization [wto] history.” This comes in response to Republican efforts to introduce a “border adjustment” system that would effectively create trade boundaries between the U.S. and the rest of the world. European Commission Vice President Jyrki Katainen “made clear the EU would be willing to act against the U.S. whether it was related to a border tax proposal or the erection of other arbitrary trade barriers,” the Financial Times reported.

“If somebody is behaving against our interests or against international rules in trade, then we have our own mechanisms to react,” he said. The Financial Times continued:

A defeat in a border tax case could open the door to some $385 billion a year in trade retaliation against the U.S., according to Chad Bown, an expert on wto trade disputes at the Peterson Institute for International Economics. That would be almost 100 times greater than the largest wto finding to date. Should the U.S. ignore a wto ruling, as Mr. Trump has threatened in the past, it could lead to the unraveling of the international system designed to prevent trade wars.

In a lot of ways, we are already in a trade war. Peter Navarro, the head of Mr. Trump’s newly created National Trade Council, said that Germany “continues to exploit other countries in the [European Union] as well as the U.S. with an ‘implicit deutschemark’ that is grossly undervalued.” This gives German exports an effective subsidy—which has greatly helped its export miracle.

But Mr. Trump’s policies are causing nations to turn against the U.S. in a dangerous trend that greatly threatens America’s safety and security. For more on where this trade war is leading, read “Trump Exposes Germany’s Exploitation of Europe.” Also watch for the next issue of the Trumpet magazine, which will feature a major article about these coming trade wars.