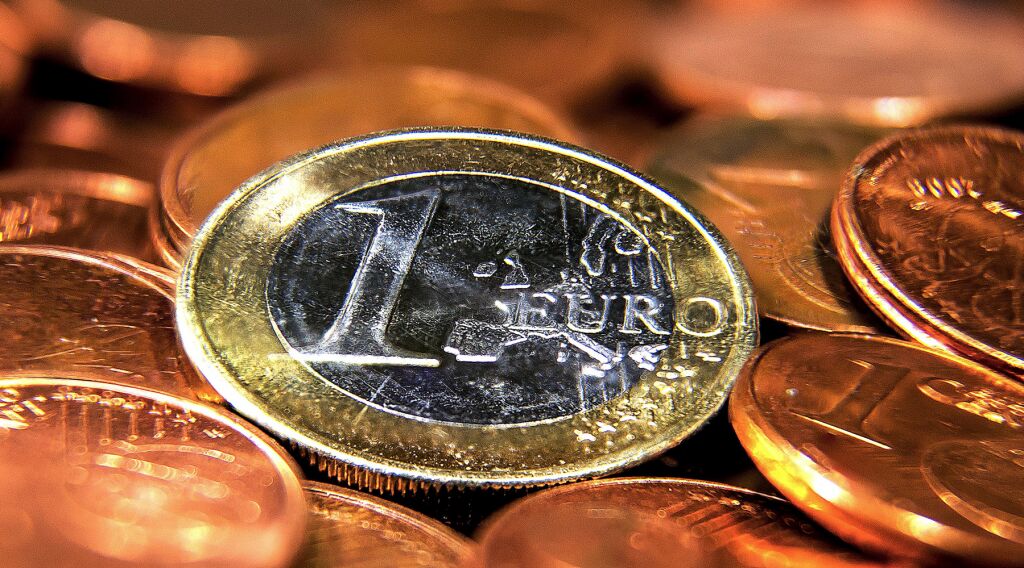 Germany’s manipulation of the euro was rarely discussed. Until Donald Trump arrived.

According to Mr. Navarro, “a big obstacle to viewing ttip [Transatlantic Trade and Investment Partnership] as a bilateral deal is Germany, which continues to exploit other countries in the [European Union] as well as the U.S. with an ‘implicit deutsche mark’ that is grossly undervalued.” This observation, as the Telegraph’s Ambrose Evans-Pritchard noted, is exactly right. In his piece “Trump Is Right: Germany Is Running an Illegal Currency Racket”, Evans-Pritchard explained:

Evans-Pritchard provides a refreshingly honest view of a reality that few—until Peter Navarro came along—seem prepared to publicly discuss. As Evans-Pritchard explains, there is a massive double-standard when it comes to Germany and trade, especially with other European countries. Berlin runs a trade surplus far above what EU law permits. It’s “not even close to compliance,” he writes. “Yet nothing is ever done about it. Germany flouts the law with impunity, even as it lectures others on the rule of law.”

Now Donald Trump has come along and exposed Germany’s exploitation of the euro and Europe’s economies. The Trump administration’s view of Germany is almost the complete opposite to that of Barack Obama. At the end of his term, Mr. Obama said his administration had “no closer friend” than German Chancellor Angela Merkel. Compare that view with Mr. Trump’s, who less than two weeks into his presidency has shown himself more than willing to criticize Germany and the European Union.

Germany’s most influential newsmagazine, Spiegel, highlights this trend in its recent article “Trump’s Attack on Germany and the Global Economy.”

Senior executives in Germany have been keeping close tabs on the stream of visitors heading for an audience with Trump, full of concern and nervous about what the future might hold. They have refrained from speaking about Trump publicly, but internally, it’s the only thing they are talking about. There is significant fear that they too might become Trump targets. …

It’s possible Navarro’s comments are simply the first shot in an imminent trade war between America and Germany. As Spiegel writes:

The consequences of this radical political shift are not limited to the United States. When the world’s largest and most influential economy makes changes, the shock waves can be felt everywhere. A new economic world order is coming into being. And it is an attack on the German model.In his campaign speeches and tirades against globalization, Trump primarily identified China and Mexico as his enemies, but Germany, a nation of exports, is likely to be third on that list. No other large economy is more reliant on the free exchange of goods and services, on border-free trade and barrier-free exports, than the German economy.It is becoming apparent that Trump’s presidency represents a break in the trans-Atlantic relationship, the kinds of which hasn’t been seen since World War ii. With a U.S. president who openly threatens a German carmaker with punitive tariffs of 35 percent, one who warns that the Germans were “very unfair to the U.S.,” it could even mark a shift from friendship to animosity. In corporate headquarters and in Angela Merkel’s chancellery, executives and government officials are considering how best to stand up to this challenge. Is it better to remain composed and unperturbed, relying on rationality, on the strength of decades of ties and on the rules of the global economy? Or would it be better to prepare countermeasures, search for new allies in, for example, Asia or perhaps even to take advantage of the vacuum that is being created?

As we said earlier this week, “Germany is in panic mode.” Its economy is heavily reliant on exports, and the idea of trade with the United States being hampered is a paralyzing thought. Spiegel sums up that fear, “If the world’s most powerful man isolates the U.S. domestic market, German economic growth, depending on the scope of Trump’s trade barriers, could shrink by up to three-quarters of a point.”

Germany is considering every option to counter what could be a huge hit to its economy. One option is for Berlin to begin to limit trade with the U.S. and develop stronger trade relations with other markets, especially in the Far East. Spiegel writes:

A little under six years ago, the EU reached an initial trade deal with South Korea. Since then, German exports to the country have risen by around 50 percent. But improved ties with China would hold even greater promise. A new Berlin-Beijing alliance could—in part, at least—supplant the old trans-Atlantic order. The importance of the Chinese economy has been growing for years now among its neighbors. With Trump’s election, China is now likely to attract countries that had previously been anchored in the trans-Atlantic alliance. Europe isn’t just closer to China when it comes to issues like climate change, the Middle East or the Iran nuclear program. It may soon become closer on trade policy too.

Editor in chief Gerald Flurry has also forecast improved trade relations between Europe and Asia. In Ezekiel—The End-Time Prophet, Mr. Flurry explained that an alliance between the German-led European Union and the nations of Asia would develop, and that this alliance would precede the economic demise of the United States and Britain. This European-Asian trade bloc will serve as a massive economic counterweight to the U.S. and will eventually lead to America being pushed from the global market. Mr. Flurry writes that the German-led European Union will cooperate with “the Russians and the Chinese to besiege the Anglo-Saxon nations economically.”

Watch for America’s relationship with Germany to continue to deteriorate and for Germany to continue to draw closer to China. These trends in the news right now play right into some of the most dramatic prophecies in the Bible. To read more on this topic, read “Germany Sees Donald Trump as an Enemy” and “Trump, Germany and KT zu Guttenberg.”