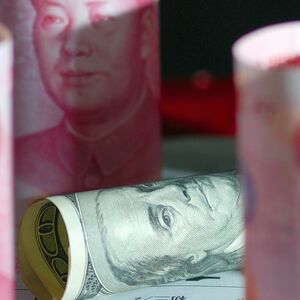 The current trade war is a sign of America’s imminent collapse.

Throughout his 53-year work, Herbert Armstrong often described the conditions that would precede the biblically prophesied collapse of the United States.

Despite being the stablest currency in the world, the American dollar would one day be in “jeopardy of being devalued,” he once wrote. When the dollar plummets, he warned, inflation will erupt and this will ultimately lead to “eventual economic collapse for the United States.”

In case you hadn’t noticed, the U.S. dollar is currently plummeting.

So strong was Mr. Armstrong’s faith in Bible prophecy, he warned as early as the 1960s that World War iii had already gotten underway, and that it was “ECONOMIC in nature.” About America and Britain in particular, Mr. Armstrong stated: “God prophesied a virtual trade war will get under way against the United States and Britain—and [that] our national economics will falter, and then collapse!”

Forty-two years later, the trade war that will end in the collapse of America and Britain is here.

Around the world national economies, especially those of industrialized states, are experiencing the aftershocks of the global financial crisis set off in the United States in September 2008. In Europe, North and South America and Asia, economies are stagnant, or only growing at a snail’s pace. Meanwhile, debt levels are soaring, industry is stalling or barely creaking upward, and global unemployment is rocketing.

In an effort to fix their economies, more and more countries are enacting beggar-thy-neighbor fiscal policies to devalue their currencies. When the currency of a nation loses value, it becomes cheaper to foreign countries and investors. Foreign nations and investors are motivated to buy more goods, causing an increase in exports, which means more industry and manufacturing, and eventually lower unemployment. Sounds like a great way to kickstart an economy, right?

Problem is, financially it amounts to an act of war against other nations!

In our globalized world, when one country devalues its currency to boost exports (and the broader economy), other national economies are significantly disadvantaged. The exports of the disadvantaged economies become uncompetitive. The result? Manufacturing and industry slump, unemployment rises and consumer spending drops. To remain competitive, the disadvantaged must react by devaluing their own currency.

If it persists, this race to the bottom threatens to paralyze global trade, and destroy in particular the most debt-laden national economies!

This is precisely what experts fear could soon happen. Brazil’s Finance Minister Guido Mantega declared last month that “we’re in the midst of an international currency war.” Dominique Strauss-Kahn, the head of the International Monetary Fund, warned recently that in governments the world over the idea is beginning to “circulate that currencies can be used as a policy weapon.”

Over the weekend, Robert Kuttner, co-founder of the American Prospect, blogged that “Trade war is here—and we’ve disarmed.”

The largest of the battles in this global trade war is occurring between the United States and China. The latest flare-up in this ongoing battle occurred last Wednesday, when the U.S. House of Representatives passed the Currency Reform for Fair Trade Act. Under this new law, which has yet to pass in the Senate, punitive tariffs will be imposed on Chinese exports as long as Beijing intentionally devalues the yuan to promote its own economic growth.

Naturally, the new law garnered staunch criticism internationally. America’s new law threatens to “unleash a new trade war between the U.S. and China,” reported Germany’s Der Spiegel. In Britain, the Globe and Mail reported that in a “pathetic display of bravura, the U.S. Congress has armed itself for war with China.” Don’t buy it. Fact is, China has long been engaged in a full-frontal trade war against America. As Democrat representative Linda Sanchez put it last week: “Opponents say that this bill will start a trade war. [But] we are already in a trade war. And China is using cannons and we’re standing here shooting (air-gun) pellets.”

Whichever way you look at it, the conclusion is the same: The trade war between China and the United States is intensifying!

But it’s not just China and the U.S. that are engaging in currency manipulation and trade wars. Ambrose Evans-Pritchard explained last week that “Brazil, Mexico, Peru, Colombia, Korea, Taiwan, South Africa, Russia and even Poland are either intervening directly in the exchange markets to prevent their currencies rising too far, or are examining what options they have to stem disruptive inflows.” On Tuesday, the Bank of Japan announced that it would cut its key interest rate and institute a ¥35 trillion (us$418 billion) monetary easing program. By driving the yen down, Tokyo is attempting to help the likes of Toyota, Sharp and Sony remain competitive in the global market.

Of course, as the advanced economies seek to devalue their currencies, the currencies of smaller economies, such as the Brazilian real, tend to rise, especially as investors seek higher yields and better returns. “We’re in the midst of an international currency war,” lamented Brazil’s finance minister last month, and “this threatens us because it takes away our competitiveness.” The same goes for the Swiss franc, which reached near parity with the U.S. dollar this week.

Expect these trade and currency wars to intensify.

The longer national economies wallow, the more inclined world governments will be to embrace nationalist financial policies—even if they undermine the economic health of other countries!

Be sure you take this financial tension seriously too: These are the trade and currency wars that Herbert Armstrong forecast. The “whole global currency system is in a state of jeopardy,” declaredDer Spiegel last Tuesday. “It seems as if the world has been turned upside down—and has become very dangerous. Indeed, for better or worse, the well-being of entire countries depend on the value of these currencies, meaning that instability on the currency markets also threatens the structure of the global economy” (emphasis mine).

And remember, America’s debt-ridden financial system is more at risk than any of the other large economies!

It is significant that many prominent, mainstream figures are describing the global economy using military terms. Study the history of World War ii and you’ll notice historians employing the same terms—“trade war” and “currency war,” the use of economic policy as a “weapon”—in their explanations of what caused the Second World War. History addresses the question, what comes after trade war?

The answer, as Herbert Armstrong explained decades ago, is simple and terrifying: military conflict on a global scale!

Thankfully, for those willing to embrace God’s law and lifestyle, the Bible reveals that God mercifully provides a way to escape this impending chaos. To learn more about this path to safety, and how you can get on it, read Repentance Toward God.