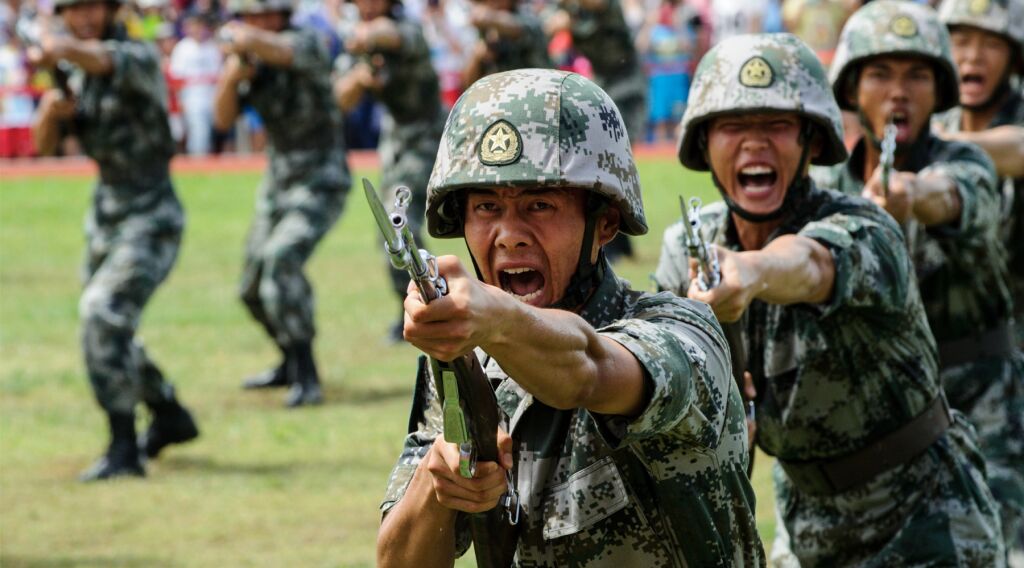 China ramps up the rhetoric against Australia, but will it amount to anything?

China’s state-owned Global Times posted an aggressive article on July 30, threatening military retaliation against Australia. “‘Paper Cat’ Australia Will Learn Its Lesson” was penned in response to Australia’s support of The Hague’s recent ruling against Beijing’s territorial claims to the South China Sea.

Global Times called Australia “delirious” after Canberra supported the ruling of the International Court of Justice in The Hague. The court denied China’s claim of historical rights over disputed islands and territories in the South China Sea.

In an effort to discredit Australia’s stance, the Global Times railed against what it called Australia’s “inglorious history.” It claimed the nation was established through uncivilized means. The potshot at Australia’s colonial upbringing was followed by another argument that cuts to the heart of Australia’s dire predicament.

Global Times claimed that Australia “lauds Sino-Australian relations when China’s economic support is needed, but when it needs to please Washington, it demonstrates willingness of doing anything in a show of allegiance.”

That conclusion is close, but not quite right. Unfortunately for the Land Down Under, Australia needs both the United States and China, so it must do all it can to appease both.

China is Australia’s most necessary trade partner. It was China that bailed Australia out of the 2008 economic crisis. When China needed resources, the outback was full of them. When the mining boom ended, China was there to keep the economy going with a middle-class hungry for Australian homes. China also provides the loans necessary to keep floundering government initiatives going well beyond fiscally responsible levels.

Ignoring the overwhelmingly deleterious effects of shackling the economy to China, the simple fact is, the Aussie way of life is made possible by China. But he that has the power to give also has the power to take away.

And herein lies the problem.

Does Australia side with the U.S.—it’s most crucial ally—in favor of the ruling? Doing so, even in the smallest of ways, has already drawn the ire of Beijing.

Australia hasn’t exactly been pushing back at China. A one-off freedom of navigation flight over the region in December 2015 and some tepid support for the court ruling is all Australia has mustered so far.

It knows that it is walking a diplomatic tightrope. Falling either way may lead to Chinese aggression. Fall left and support China: Beijing uses the support to perpetuate aggressive regional policies, further marginalizing Washington’s role. Fall right and support America: This draws the type of opprobrium and threats that Global Times published; or worse, it could prompt China to end trade relations with Australia, sending the economy down the drain.

Either way is bad. The solution: Don’t fall. Thus we have seen Australia attempt to balance criticism of China with an ongoing trade relationship.

Global Times continued, “China must take revenge and let [Australia] know it’s wrong. Australia’s power means nothing compared to the security of China. If Australia steps into the South China Sea waters, it will be an ideal target for China to warn and strike.”

The scary thing is, Global Times is right. Alone, Australia’s military is little threat to China. Australia has nearly 50 commissioned vessels and 16,000 personnel. China’s fleet will likely outnumber the U.S.’s by 2020 with an estimated 351 ships. As Defense Tech suggests, “While Chinese naval technology may still be substantially behind current U.S. platforms, the equation could change dramatically over the next several decades because the Chinese are reportedly working on a handful of high-tech, next-generation ships, weapons and naval platforms.”

Randy Forbes, chairman of the House Armed Services Committee Seapower and Projection Forces subcommittee, stated, “What [the Chinese] are doing with patrols is just the tip of the iceberg. It is not just the number of the ships, but within five to eight years they will have about 82 submarines in the Asia-Pacific area ….”

China knows that Australia can do little on its own to stop aggressive policies in the South China Sea. Global Times voiced that belief:

Australia is not even a “paper tiger,” it’s only a “paper cat” at best. … Australia has unexpectedly made itself a pioneer of hurting China’s interest with a fiercer attitude than countries directly involved in the South China Sea dispute. But this paper cat won’t last.

Despite being so close to the South China Sea, Australia isn’t the one to keep tabs on China. Its role is more of a support for America. During a recent visit from U.S. Vice President Joe Biden, Canberra reaffirmed its commitment to providing America a stepping-stone into the Pacific theater. Biden and Australian Prime Minister Malcolm Turnbull discussed an increase in U.S.-Australia training in order to “respond to any challenges … in the Pacific with a united front.”

But its effect borders on the insignificant. China has Australia so far over a barrel that if the crisis escalates to conflict, Australia would need to sacrifice its economy in order to support U.S. action. And if a conflict did erupt, Australia’s weakened state paints an awfully large target.

Remember World War ii. Japan realized the Port of Darwin’s strategic significance as a stepping-stone for U.S. operations and bombed it to pieces. Today, China owns that port and will continue to hold it for 99 years.

When a state-owned media outlet starts getting aggressive, Australia should take note. While the inflammatory article is expected from a sensationalist Chinese source such as Global Times, it contains an ominous ring of truth. Australia can’t walk the tightrope forever. As tensions escalate, Australia will have to choose sides. And when it does, it will have dire implications for the “lucky country.”

For more on the challenges facing Australia today, be sure to read our e-book Australia—Where to Now?