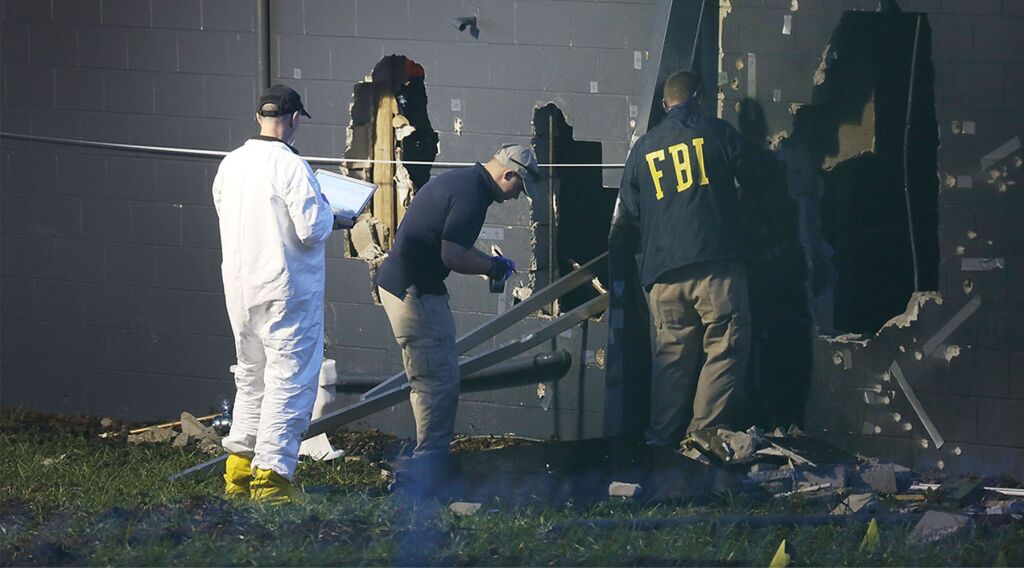 An Islamic State-supporting gunman massacred 49 people at a homosexual nightclub in Orlando, Florida, on June 12. It was the largest mass shooting in modern American history and more proof that something very sinister and evil is happening in this nation.

Orlando is the home of Disney World and many other attractions synonymous with family fun. It is a children’s dream world! But no place in America is safe today.

The Bible reveals the root cause of extreme violence in the United States and throughout the modern-day nations descended from ancient Israel. The Prophet Hosea wrote that “blood toucheth blood”: There is hardly a reprieve between mass shootings these days. His warning is for this end time.

The terrorist, 29-year-old Omar Mateen, was born in America but identified with foreign terrorist groups. He called 9-1-1 during the attack, pledging loyalty to the Islamic State and praising the men behind the Boston Marathon bombing. Mateen’s radical tendencies were well known; the fbi investigated him for 10 months beginning in May 2013 for pro-terrorism statements.

Mateen’s father is a supporter of the Taliban—killers of many American soldiers. Why is this man allowed to raise a demented child in America? Isaiah prophesied, “Your country is desolate, your cities are burned with fire: your land, strangers devour it in your presence, and it is desolate, as overthrown by strangers” (Isaiah 1:7). This prophecy is for the United States today (as we prove in our free book The United States and Britain in Prophecy.) Is Mateen’s father a “stranger”? His allegiance lies with terrorists, not the country where he now lives and prospers. He passed on his radical Islamic ideology to his son.

Islamic State radio station Al-Bayan called Mateen “one of the soldiers of the caliphate in America.” These terrorists see themselves as soldiers, and they sacrifice their lives for an evil purpose. They understand that we are at war! America is under attack, yet Americans don’t seem terribly concerned.

Here is a scripture that most people would overlook, but it has everything to do with what happened in Orlando:

“And there was war in heaven: Michael and his angels fought against the dragon; and the dragon fought and his angels, And prevailed not; neither was their place found any more in heaven. And the great dragon was cast out, that old serpent, called the Devil, and Satan, which deceiveth the whole world: he was cast out into the earth, and his angels were cast out with him” (Revelation 12:7-9).

The book of Revelation puts all prophecy in time sequence. As I prove in my booklet America Under Attack, 30 years ago, Satan and the demons tried to overthrow God, and God cast them out of heaven! They are now confined to Earth.

What are these evil spirits doing? Satan broadcasts to mankind in attitudes, moods, feelings and emotions (Ephesians 2:2). Think of his broadcasts as airwaves, like those that transmit radio and television signals. You see evidence of this all the time: Notice how emotionally inflamed some people can become, seemingly for no reason! Satan and the demons have a major influence on human beings.

“Therefore rejoice, ye heavens, and ye that dwell in them. Woe to the inhabiters of the earth and of the sea! for the devil is come down unto you, having great wrath, because he knoweth that he hath but a short time” (Revelation 12:12). Satan and multiple millions of his minions now lurk in the dark places of this Earth, working to destroy as many lives as possible before Jesus Christ returns to kick Satan off Earth’s throne. Satan’s dominance over mankind is coming to an end very soon, and he knows it. This fact makes him extremely angry.

Satan is the original mass murderer (John 8:44). He swayed Cain to murder his brother Abel, tainting the first human family with appalling bloodshed. He has caused man to slay his fellow man for the past 6,000 years.

Man cannot solve the problem of mass murder. Wars and violence will intensify until we realize our utter incapability to bring peace to our families, nations and planet. Christ must return to save mankind from himself! (Matthew 24:21-22).

Who Is to Blame?

“And when the dragon saw that he was cast unto the earth, he persecuted the woman which brought forth the man child” (Revelation 12:13). When Satan was cast down, he immediately attacked and destroyed God’s Church, pictured here by a woman (you can read about this in our free book Raising the Ruins). Then Satan began his assault on the nations of Israel: America, Britain and the Jewish state in the Middle East.

This is the unseen reason that America seems paralyzed in the face of radical Islamic terrorism!

For most of its history, America has experienced a tremendous amount of peace, while so much of the world has been in a constant state of war. Peace has made us naive. Our people don’t realize the danger of handing power over to hostile rivals who don’t value peace nearly as much as we do.

God warned that He would break America’s will to fight (Leviticus 26:19). Read this entire chapter for context: It is about blessings for obedience and curses for disobedience. America has won its last war, and sin is to blame. The fault lies not with a leader or political party, but with the sinful people.

“Ah sinful nation, a people laden with iniquity, a seed of evildoers, children that are corrupters: they have forsaken the Lord, they have provoked the Holy One of Israel unto anger, they are gone away backward” (Isaiah 1:4). God blames the people because of their sins. Most Americans don’t even really know what sin is!

Make no mistake: America’s problem with radical Islamic terrorism is a war in which only one side is fighting. Because of sin, there is no way America will win.

“Therefore, O thou son of man, speak unto the house of Israel; Thus ye speak, saying, If our transgressions and our sins be upon us, and we pine away in them, how should we then live? Say unto them, As I live, saith the Lord God, I have no pleasure in the death of the wicked; but that the wicked turn from his way and live: turn ye, turn ye from your evil ways; for why will ye die, O house of Israel?” (Ezekiel 33:10-11). Sin kills! When we suffer, God suffers. But the suffering won’t stop until people heed the warning.

“Therefore thus saith the Lord God; Because ye have spoken vanity, and seen lies, therefore, behold, I am against you, saith the Lord God” (Ezekiel 13:8). Ministers and leaders today are not speaking truth from the Bible! God will severely correct this lying society. Satan and his demons are causing violent attacks like the one in Orlando, but God Himself is orchestrating this as punishment for our sins.

“My people are destroyed for lack of knowledge: because thou hast rejected knowledge, I will also reject thee, that thou shalt be no priest to me: seeing thou hast forgotten the law of thy God, I will also forget thy children” (Hosea 4:6). Will you turn to God? It is our responsibility to know the Bible. If we forget God’s law, He will forget our children!

How many mothers of those Orlando victims are shedding tears today?

Remember Revelation 12:12: Satan is stuck on Earth! This is a defining,major truth of the Bible. He is wrecking America, and we need to know how to protect ourselves.

“And his power shall be mighty, but not by his own power: and he shall destroy wonderfully, and shall prosper, and practise, and shall destroy the mighty and the holy people. And through his policy also he shall cause craft to prosper in his hand; and he shall magnify himself in his heart, and by peace shall destroy many: he shall also stand up against the Prince of princes; but he shall be broken without hand” (Daniel 8:24-25). Satan has prevailed in God’s Church and in the nations of Israel, but good always triumphs over evil in the end. Our Savior will soon return to establish peace on Earth. Never again will we experience attacks like the one in Orlando.

Request my free booklet America Under Attack for more information.