The UK’s decision to leave the European Union was prophesied in the Bible! What does this source of advance news say will follow? 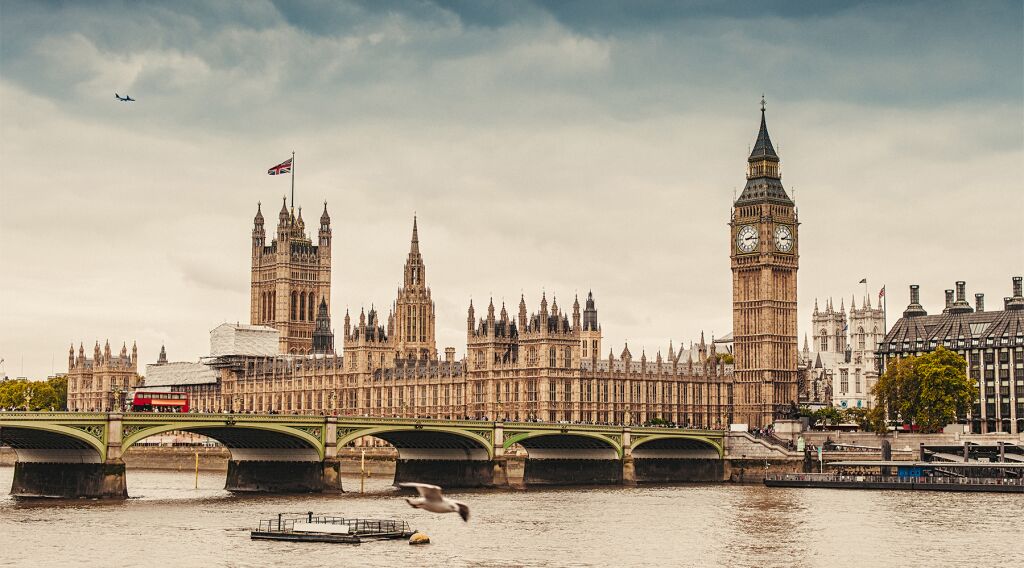 The UK’s decision to leave the European Union was prophesied in the Bible! What does this source of advance news say will follow?

On the day of the vote, June 23, the pound sterling reached its strongest level all year. The financial markets were absolutely confident: Britain would stay. And little wonder. Bookmakers indicated there was less than a 20 percent chance that Britain would vote to quit the European Union.

But one man forecast this outcome decades before. Herbert W. Armstrong wrote in Mystery of the Ages: “[T]he soon-coming resurrected ‘Holy Roman Empire’—a sort of soon-coming ‘United States of Europe’—a union of 10 nations [will] rise up out of or following the Common Market of today (Revelation 17). Britain willnotbe in that empire soon to come” (emphasis added).

In 1956, even before Britain joined the EU, Herbert Armstrong wrote: “Germany is the economic and military heart of Europe. Probably Germany will lead and dominate the coming United States of Europe. But Britain will be no part of it!”

The Trumpet has consistently proclaimed the same message. “We have … said for many years Britain would not be a part of the final European Union,” wrote Trumpet editor in chief Gerald Flurry in 2012.

Now that Britain has voted out, there is a huge amount of uncertainty. The pound experienced its biggest drop since the 1980s. The stock market dropped hundreds of points. Some banks saw their share prices fall over 30 percent. British Prime Minister David Cameron promised to step down by October.

Where is Britain going? What will its relationship with Europe be? Who will even be running the country in a few months? So much is up in the air.

Amid all this uncertainty, it makes sense to turn to the same sources that forecast Britain’s exit.

We didn’t know for sure if Britain’s exit would come in this vote, but we knew it would happen. Equally, we cannot forecast exactly what will happen next. But the broad outlines are already clear.

“Dare to dream that the dawn is breaking on an independent United Kingdom,” announced the leader of the UK Independence Party, Nigel Farage, as the votes came in.

“Let June the 23rd go down in our history as our Independence Day!” he said to cheers.

Is this a new birth of freedom for Britain? At the Trumpet, we have certainly pointed to the flaws in Britain’s relationship with Europe. We have lamented the loss of sovereignty to Europe. So is it sunlit uplands from now on?

Sadly, no. While the EU has certainly caused problems for Britain, the biggest wounds are self-inflicted and won’t go away even when this divorce is finalized.

Britain has a huge debt problem. Householders are forecast to borrow at an unprecedented rate this year, higher than at any point since records began in 1987, the official for Budget Responsibility warned in March. Total household debt is at $2.17 trillion—an average of around $44,000 (£30,000) a person. Among the G-7 group of advanced economies, only Canada has higher debt-to-income ratios.

Last year, Britain’s government borrowed an equivalent of 4.4 percent of its gdp. The only EU nations with higher borrowing levels are Spain and Greece, both troubled economies that have required some form of bailout.

Britain’s trade is in a dire position. Its current account deficit is at 7 percent of its gdp—the highest peacetime level since record-keeping began in 1772. At the heart of this problem is the simple fact that Britain is importing far more than it is exporting.

The state of a nation’s society is much harder to quantify than the state of its economy, but here too the situation is dire. Theodore Dalrymple concisely summarized some of the most disturbing statistics in an article for the Australian five years ago, in the midst of England’s worst riots in decades: “British youth lead the Western world in almost all aspects of social pathology, from teenage pregnancy to drug taking, from drunkenness to violent criminality. … British children are much likelier to have a television in their bedroom than a father living at home. One third of them never eat a meal at a table with another member of their household—family is not the word for the social arrangements of the people in the areas from which the rioters mainly come” (Aug. 11, 2011).

These problems are all unconnected with the European Union. Many EU nations do not share them, and leaving the EU won’t fix Britain’s social problems.

The EU referendum has left Britain more divided than at any point in history. Just one week before the vote, Jo Cox, a British member of Parliament and mother of two little children, was killed by a far-right madman. The shooting horrified the nation.

To many Europhiles, the pro-Brexit group that just won the vote is a group of racists, who—in creating a climate of anti-foreigner hate—are in part responsible for Cox’s death.

“For the last few weeks Farage, and his allies Boris Johnson and Michael Gove, has chosen to play the race card,” reads one pro-Remain leaflet. “The Leave campaign’s anti-immigrant rhetoric has stoked the British public’s fears to the point that we now find ourselves in a country riven by hate. History tells us that scapegoating those we think are not like us always has terrible consequences. Jo Cox’s tragic murder is possibly only the start.”

Such an accusation by the Remain camp is wrong and deeply unfair. But it doesn’t make the divide any less real. Journalists, politicians and even Church of England clergymen have all called the Brexit campaign racist.

Britain has no leadership that can unite the nation. Every major political party encouraged its voters to stay in the EU. Three quarters of Britain’s M.P.s who declared a position on the EU voted to stay in.

The referendum also exposed a generational divide. Seventy-five percent of voters under the age of 24 voted to stay, according to a YouGov poll.

Meanwhile, both Scotland and London voted overwhelmingly to stay, only to be overruled by the rest of the country. “Scotland has delivered a strong, unequivocal vote to remain in the EU, and I welcome that endorsement of our European status,” said Scotland’s First Minister Nicola Sturgeon—hinting, as she has in the past, that Scotland will try to break away from the UK in order to stay in the EU.

Who can provide a unified vision for Britain in order to face the uncertainty ahead? Who can rally Britain to confront its problems? No one.

“UK historic goal is to stop hostile power dominating Europe,” wrote veteran analyst Joseph de Courcy ahead of the vote. “Brexit [would] mean hostile EU whose first move will be to procure UK breakup.” The fault lines are many, and Brexit hasn’t changed that—it’s made them worse.

In Europe We Trust?

How will Europe respond to Brexit? This is perhaps the biggest unknown of all. Some have argued that European nations earn a great deal of money trading with Britain. Europe will not punish Britain, they argue, because it would be cutting off its nose to spite its face.

Others say that the EU will react irrationally. They say that Britain’s exit will be like a messy divorce, with bitter recriminations on both sides. Still others point out that there are rational reasons for the EU to lash out at Britain. If the UK prospers now, other countries may do the same. Within just hours of Britain’s referendum vote being announced, major political parties in Italy, France and the Netherlands called for their own referenda. If Britain’s vote becomes a rush for the exits, the entire EU could fall apart.

This question will be played out in tough negotiations that will probably take place over the next two years. Again, no one can detail exactly how these will play out, but we can point out some fundamental trends and how they align with Bible prophecy.

Britain is reliant on the EU. Nearly half of all its exports go to the EU. On a more fundamental level, Britain relies on the EU for its food supplies. Britain’s membership in the EU’s Common Agricultural Policy means that the nation is no longer self-sufficient in food, and most of the shortfall—70 percent of the nation’s imported food and non-alcoholic drink—comes from Europe.

It is also reliant on Europe for defense. Britain currently has no aircraft carriers—instead, it relies on an agreement with France. If Argentina once again took the Falkland Islands, Britain’s military is currently too small to retake it. The UK would have to rely on the Anglo-French defense treaty. With France working hard to create some kind of European defense union, Britain could soon find itself reliant on a European military, even though outside the EU.

This dependency exists largely because Britain joined the EU in the first place. In 1962, when Britain first began seeking European membership, Hebert W. Armstrong warned that, “in her economic distress right now, Britain is … going to the Common Market, undoubtedly to be dominated by Germany” (Plain Truth, July 1962).

He was right. Britain has already heavily invested its trust in Europe. Now, after Brexit, the nation is left simply hoping that this trust is not misplaced.

The Source of These Forecasts

How was Mr. Armstrong able to predict Britain’s EU exit—right from the moment it joined? Why is the Trumpet so sure our forecast for the next few years is correct?

Our analysis is based on Bible prophecy. Already that prophecy closely matches what we see happening in the world today.

The Bible says of Israel, which includes Britain, “[T]he whole head is sick, and the whole heart faint. From the sole of the foot even unto the head there is no soundness in it; but wounds, and bruises, and putrifying sores …” (Isaiah 1:5-6). Britain’s problems are deep and widespread. They cannot be repaired by a simple referendum.

The Bible also says that God has taken away “[t]he mighty man, and the man of war, the judge, and the prophet, and the prudent, and the ancient, The captain of fifty, and the honourable man, and the counsellor, and the cunning artificer, and the eloquent orator,” (Isaiah 3:2-3). It does not have any leaders who can unify the country or rally it to solve the nation’s problems.

The Bible says further that Britain will put its trust in this European power, but that its trust will be misplaced. Whether or not the EU punishes Britain for the Brexit, we don’t yet know; it is certainly possible. Either way, soon Britain will deeply regret placing its trust in Europe.

The Old Testament book of Hosea describes how Britain puts its trust in other nations instead of God. Mr. Armstrong cites this passage in his 1962 article: “When they shall go, I will spread my net upon them: I will bring them down … I will chastise them …. Woe unto them! for they have fled from me,” says God to Britain today (Hosea 7:12-13).

The Bible gives much detail about what is coming to Britain. With the Brexit vote, we see those prophecies being fulfilled in a dramatic way.

From The August 2016 Philadelphia Trumpet
View Issue FREE Subscription
Next