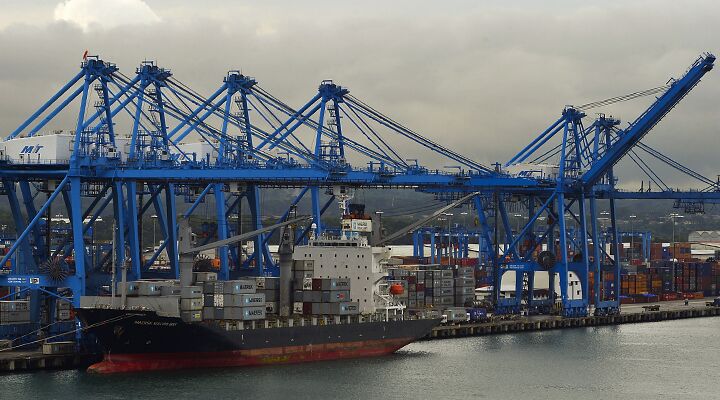 Consolidating power in the Panama Canal

For more than 100 years, the Panama Canal has controlled the bulk of goods transferred between the Pacific and the Atlantic. For much of that history, this monumental feat of engineering was under the control of the United States. But this is no longer the case.

In May, Panama’s largest port was purchased by a Chinese company called Landbridge Group.

Margarita Island Port, on the canal’s Atlantic side, offers the company intimate access to one of the most important goods distribution centers in the world.

While promising to upgrade the ailing Panama facilities and offer more trade with America’s distant east coast, there is substantial reason to hesitate at the purchase of such a critical trade hub.

What Is Landbridge Group?

As readers of the Trumpet may know, Landbridge gained our attention late last year with the acquisition of the Port of Darwin in Australia’s Northern Territory. The aus$506 million lease guaranteed Landbridge control of the port for the coming 100 years. Many, particularly in Australia, criticized the deal, saying Landbridge had not been properly vetted.

The self-proclaimed “private” enterprise walks the same path as many Chinese companies—a path that is paved with the interests and aspirations of the Chinese government. Landbridge takes orders from the Committee of the Communist Party of China. The committee is designed to ensure that companies act in accordance with the party-state’s interests.

Landbridge ceo Ye Cheng is himself a senior member of the 12th National Chinese People’s Political Consultative Conference Committee. His deputy is a former officer in the Chinese military establishment. Landbridge also boasts its own militia. The company website reveals the creation of a “people’s armed militia”—not something one would usually associate with a private company.

Further highlighting the idea that Landbridge has deep ties with the Chinese military, the two have a history of cooperation. Much of Landbridge’s technology and scientific research has gone to the military. Landbridge even assists with problem solving and logistics during maritime military training exercises.

Margarita is situated in the Colón Free Trade Zone. Since its founding in 1948, this trade zone has been a vital part of Panama’s economy. According to the zone’s website, annual imports and exports surpass $5 billion. Surrounded by airports, trains, ships and road transport, this commercial hub plays a pivotal role in the transport of goods from the Atlantic to the Pacific. It also impacts the north-south trade between the Americas.

The sea traffic through the port is substantial; more than 12,000 merchant ships visit the zone annually.

For Landbridge, this is a lucrative opportunity to expand China’s interests at this critical trade hub and establish itself as the gatekeeper for one of the world’s most vital sea gates.

Landbridge has big plans for Margarita—plans that involve building a deepwater port capable of docking larger ships that will soon sail through the Panama Canal. Upgrades to the canal will soon allow access to ships three times the size of current vessels. When the new locks open on June 26, the first ship to sail through the upgraded canal will be a Chinese tanker.

Now approved by the Panama Maritime Authority and Chinese consortium Panama Colón Container Port, the Landbridge project will cost an estimated $500 million up front and another $400 million for a high-quality logistics park.

According to Hellenic Shipping News:

The new project will consist of two parts, including the construction of a container terminal with a capacity of up to 2.5 millionteus (20-foot shipping containers) and the additional private lands with multipurpose possibilities, including lng facilities or energy projects.Featuring four berths, the Colón container terminal will have a total quay line of 1,200 meters [3,937 feet] with a draught of 18 meters [59 feet].

The Bejing-based Port Design Institute is set to design the piers.

The construction will be carried out by state-owned China Communication Construction Corp (cccc). The cccc is the world’s largest company in the infrastructure and engineering sector. Only last year it acquired John Holland, one of Australia’s leading engineering contractors, for more than a billion dollars.

According to the cccc website, the company and its subsidiaries engage in the design and construction of a vast array of projects around the globe, many of which serve to enhance China’s trade ties with the recipient nations. As we wrote in the May 2007 Trumpet:

In return for its investments, China is gaining control of ports and much-needed resources, such as iron ore from Brazil and oil from Venezuela. Beijing’s strategy is to secure sources for critical resources and the ability to transport those resources back to China. Toward this end, China recently opened a shipping route across the Pacific linking several ports in China with ports in Mexico, Colombia, Ecuador, Peru and Chile.

Again, it is no coincidence that we see a Chinese state-owned company taking a vested interest and hefty investment in a trade choke point like Panama.

Landbridge is by no means the first Chinese company to move into the Panama Canal. On March 1, 1997, Chinese corporation Hutchinson Whampoa took control of the American-constructed ports of Balboa and Cristobal.

As we gaze toward the procession of container vessels stringing out across the Gulf of Panama, it seems the light has not yet dawned on the United States and the rest of the world to reveal the catastrophic nature of this deal involving Panama and the Red Chinese. …The temptation to yield to the Chinese buying off Panamanian loyalty by filling the cash vacuum left in the wake of U.S. withdrawal may prove too great a temptation for Panama to resist. The Chinese could readily squeeze further concessions out of the Panamanian government by such a process.

It was less than a year later that the U.S. officially handed over control of the canal to the Panamanian government. Flash forward 17 years, and today China owns and controls the majority of the ports and loading bays on each end of the canal.

When Landbridge acquired the Port of Darwin, many skeptics correctly pointed out that the purchase played into China’s broader foreign-policy goals. China’s string of pearls is heavily intertwined with the ambitions of the often-bellicose Chinese military. In order to extend a broader military reach or sustain a long-distance force, Beijing needs supply lines. Controlling crucial ports and sea gates such as the Panama Canal are pivotal for China. Not only does it ensure safe passage for its ships, but it also has the ability to deny enemy vessels.

The 50-year contract between Panama and Hutchinson Whampoa effectively places the ability to open and shut this great sea gate into the hands of an enterprise based in, and subject to, the influence and direction of Communist China. Not only has Hutchinson Whampoa been granted full control over the ports at both entry and exit points of the Canal, the Panamanian government has granted long-term options to this Chinese enterprise for the takeover of a number of military installations scheduled for evacuation by the U.S. …The potential threat to U.S. and world security posed by the apparent willing acquiescence of the current U.S. administration to the Panama-China deal is difficult for sensible minds to underestimate.

Landbridge’s acquisition of the Margarita port has flown well below the radar of most media sites. Few, if any, consider such a purchase in any way a threat. But each purchase and each new dock or pier is cementing China’s stranglehold on world trade.

Long-time readers of the Trumpet magazine know that the U.S., Britain and the English-speaking Commonwealth nations have been the end-time recipients of the birthright promise of national greatness conferred by God upon the patriarch Abraham. For more information, request The United States and Britain in Prophecy.)

“[T]he most High ruleth in the kingdom of men,” as it states in Daniel 4:17. God promised Abraham approximately 4,000 years ago that his descendants would “possess the gate of his enemies” (Genesis 22:17; 24:60). In the last 200 years, that is precisely what we have seen. Britannia ruled the waves. The empire controlled Gibraltar, Malta, the Dardanelles, the English Channel, the vital Suez Canal, the Gulf of Aden, Capetown, Sri Lanka, the Strait of Malacca, Singapore and Hong Kong. America had the Panama Canal, a string of islands across the Pacific, a substantial presence in the Philippines.

Today it is almost all gone. Our enemies control our ports and sea-lanes.

In an interview with the Plain Truth magazine in the late ’70’s, Prof. Donald M. Dozer from the University of California gave a truly chilling statement:

In the July 1977 Plain Truth article “America’s Strategic Surrender,” which contained excerpts from that interview, the author wrote, “The Panama Canal sea gate is part and parcel of America’s God-given birthright, and a necessary vital territorial ingredient which has ensured and protected our inheritance. If America’s politicians foolishly dispose of part of the national birthright for nothing [as they went on to do] it shows they place little value on the future of their country.”

Keep abreast of Chinese interests in ports and sea gates around the globe. Landbridge’s purchase is just one of many Chinese maneuvers to consolidate power over the world’s most crucial trade routes, and it brings our civilization one step closer to global calamity.